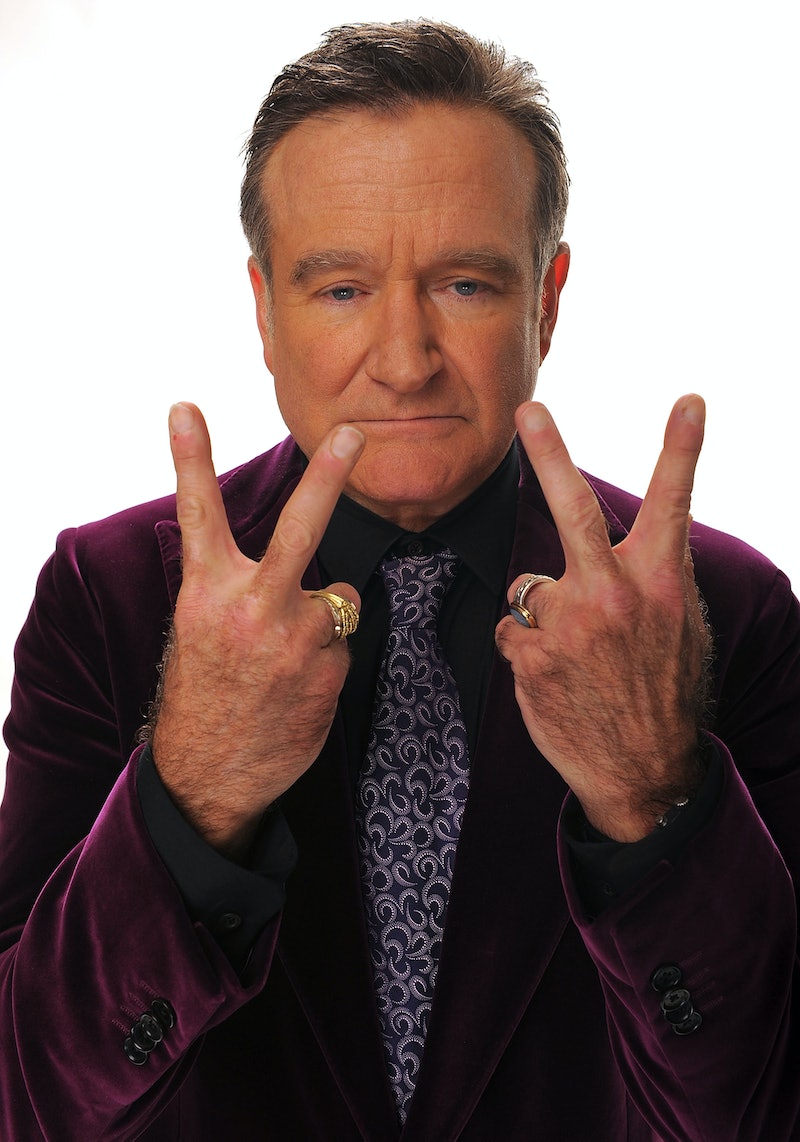 Ah, the ceremonial first pitch at a baseball game. Those can either go very, very well, very, very average, or go horrifically bad like 50 Cent's first pitch at the Mets game in May 2014. However, because it's ceremonial, it can also be used as a very effective tribute and that's exactly what happened on Sunday at the San Francisco Giants game. Ever since Robin Williams passed away, we've seen a wide variety of tributes to him from the lackluster to the poignant, from the grassroots to the preplanned. However, allowing Williams' children to throw the first pitch at the Giants game because he was a long-time fan of the team was an amazing experience to give to the grieving family.

Even better than simply allowing them to throw that first pitch was the fact that they were throwing it to a family friend. Williams' son, Zak, threw the pitch to Billy Crystal, who also gave a tearful tribute to Williams at the 2014 Emmys. Williams' other children, Zelda and Cody, were present on the field wearing Giants jerseys and all three children released an official statement via the team's Twitter about what a touching and unique experience it was for them.

And still that wasn't all. Apparently, the team also played a tribute video to Williams prior to the match and introduced personalized jerseys for all three of the children to wear. It's still unbelievable to me that such a legendary actor and comedian like Williams could be gone from this world so suddenly and especially unbelievable that the world has managed to keep turning even after a bright star like him has gone out. However, it always warms my heart to see the outpouring of love and support that has been given to his family and friends in the wake of his passing.

After all, such a thing isn't always guaranteed. There was a point at which Zelda Williams was driven off Twitter and social media by Internet trolls who actually had the audacity to harass her over her father's death, something that still makes me sick to think about. For the San Francisco Giants to invite the Williams siblings to the game, let alone allow them to do something as magical as throwing the ceremonial first pitch, was a truly special way to say goodbye to Williams and to ensure that his legacy lives on in his children. He won't be a regular fixture at their games anymore, but I don't doubt that he was probably smiling down on Sunday at the sight of his son throwing that ball.