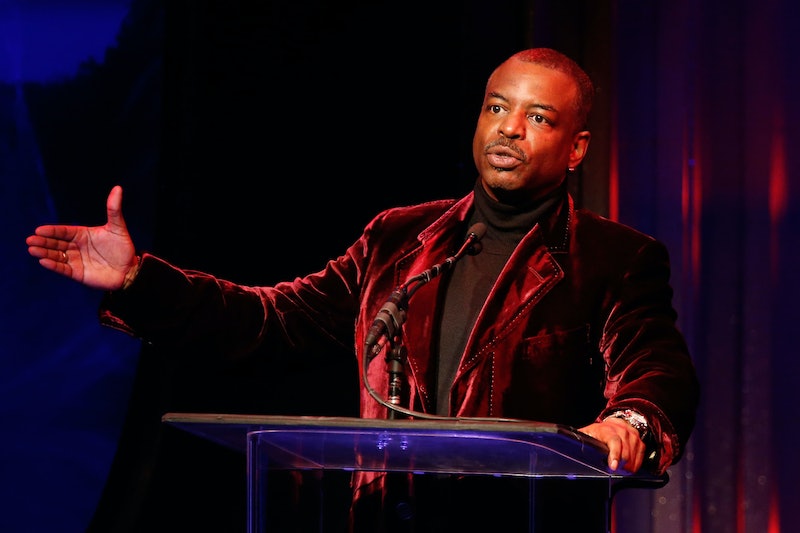 Squeals were heard across the globe this weekend when LeVar Burton of Reading Rainbow read Go the Fuck to Sleep on Rooster Teeth's Extra Life stream. Not only did it raise more than $240,000 for Children's Miracle Network hospitals, but it got us super-pumped for the return of Reading Rainbow. The show was revived during the spring when Burton started a Kickstarter to raise $1 million dollars for its return, and everyone, their moms, and Seth MacFarlane chipped in to make this dream a reality.

Of course, the Gen X and Millennial set that grew up with Reading Rainbow have since moved on to larger texts than Goodnight Moon. In fact, some of us have even moved on to raising children of our own. Now, of course, I don't fit into that category — I can barely make macaroni and cheese, let alone raise another human being. I do, however, think of the children, and what literature the next generation will be consuming. God forbid they slide into a life of skimming through humorous, .gif-filled listicles. God. Forbid.

With that in mind, here are some suggestions of books that should definitely make it into the next installment of Reading Rainbow. For the children, of course. Ahem.

If this won't put a child to sleep, nothing will, if only because of length alone; it's roughly six billion pages, enough to read over an entire season or 12. I say this with no disrespect to Tolstoy, whose writing style is definitely well-crafted, just with weary resentment about the fact that after almost two years I'm still working on Anna Karenina.

Delta of Venus by Anaïs Nin

I mean, I think I speak for everyone when I say that all I need before bed is a glass of red wine and a book of erotica. It's all about keeping the poetry in pornography, people.

There's nothing more powerful than a mother's love, except for the selfish desire to kill one's boyfriend and mentally manipulate your daughter from prison.

There's nothing more powerful than a mother's love, except for the overwhelming cruelties of slavery. Also grown-up ghost babies.

If Frozen didn't completely dispel your child's delusion that your first love is usually a monster, this will probably do the trick.

The Red Pony by John Steinbeck

For the next time they ask for a pony for Christmas.

Considering how big branding is now a days, it's crucial for kids to learn the importance of re-invention.

It by Stephen King

The Fountainhead by Ayn Rand

It should instill solid values, such as: acting as an individual, thinking only for one's personal benefit, interacting strictly with intellectual and economic equals, and abandoning concern for the people around them.

This way, they know to never trust yuppies.

You Have to Fucking Eat by Adam Mansbach