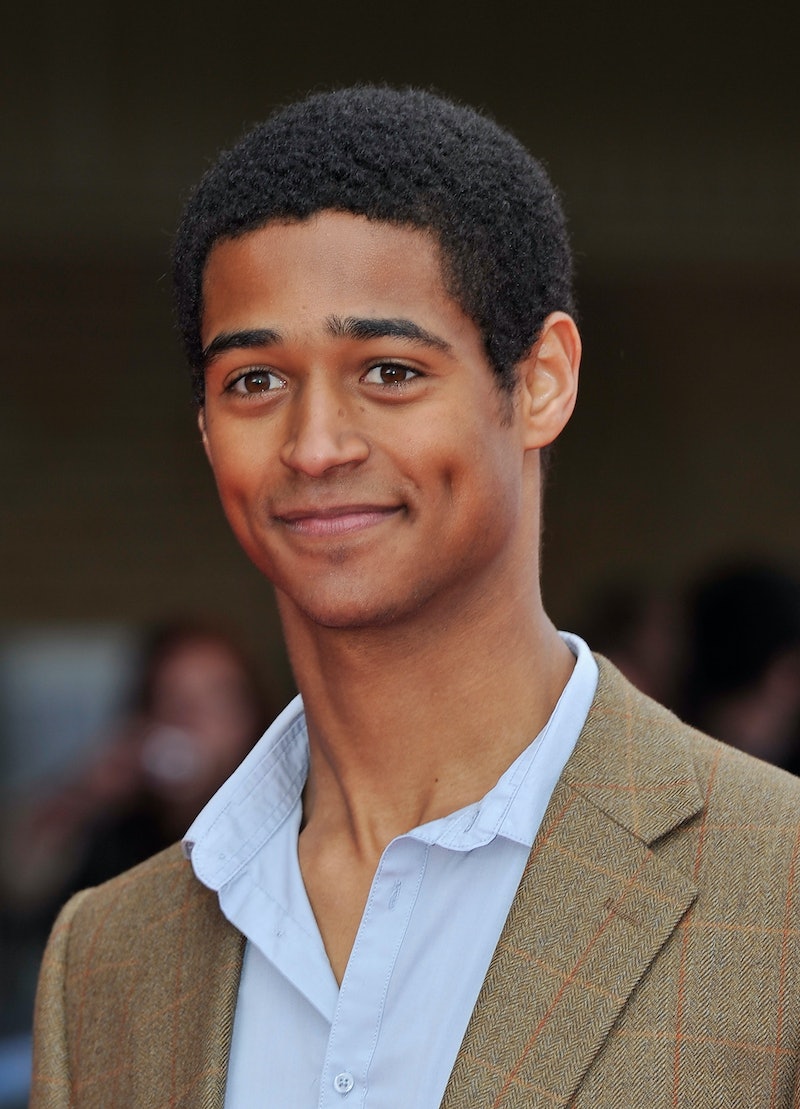 Has anyone else been enjoying Hogwarts alum Dean Thomas on How to Get Away with Murder? I’m so happy that Dean went on to further his education at Middleton University after enjoying the illustrious academia at England’s school for witchcraft and wizardry. Though, of course, he now goes by Wes Gibbins, and instead of answering to McGonagall he answers to Professor Annalise Keating. Also, he doesn’t use wands or spells. Still, it’s nice to see a member of Dumbledore’s Army do so well, even if this is only happening in my head, using weird crossover fanfiction and the actor's real life career. But it makes me wonder about his personal life. Is Alfred Enoch single? Let's look into this!

Dean Thomas/Wes Gibbins, who is known in real life as Alfred Enoch — Alfie to those who knew him way back when he was still in wizarding robes — is growing up so fast. From that one episode role on Sherlock to learning about how to get away with murder, he's come a long way. So now that I've seen Enoch grow up into a young man right before my eyes, I wonder if the kid is dating anyone because I'm just a concerned, adult Harry Potter fan, obviously. Last I knew, Dean was dating Ginny Weasley, but that was only in the fictional wizarding universe. Who knows what romantic entanglements the star is getting into these days!

Sadly, Enoch is dating someone. Yep, Dean Thomas has a girlfriend. I learned this while reading an interview with Enoch about his new role on the American prime time drama How to Get Away with Murder, because in it, Enoch plays, well, an American. If you've seen the show, you know he covers his British accent well, right?

In an October interview with Cosmopolitan, Enoch joked about the American accent he uses when playing Wes, and casually mentioned his girlfriend's views on the matter. Yeah, he snuck that in there, so I'm sorry to say he is officially taken, ladies. Such is Hollywood's way of dropping news, because if you don't come out with an official statement from your people, then you casually mention it during an interview to downplay it.

Enoch said that his girlfriend was supportive of him speaking in his American accent on the reg if it helped him keep it for filming. He also added that she missed his natural accent and said:

She does, but I'm not sure she would agree with you on that, per se, because she's British as well, so there's no novelty factor for her. But she does miss it just because I express myself differently and I sound differently. Differently? I sound different. My god. So differently I can't form correct sentences right now.

But don't be too sad. Enjoy this titillating tale of nakedness, embarrassment, and Harry Potter shenanigans behind the scenes because apparently — as Enoch told host Jimmy Kimmel on Jimmy Kimmel Live! — the actor once tried to streak on the Harry Potter film set. I wonder if his girlfriend found this story just as amusing?