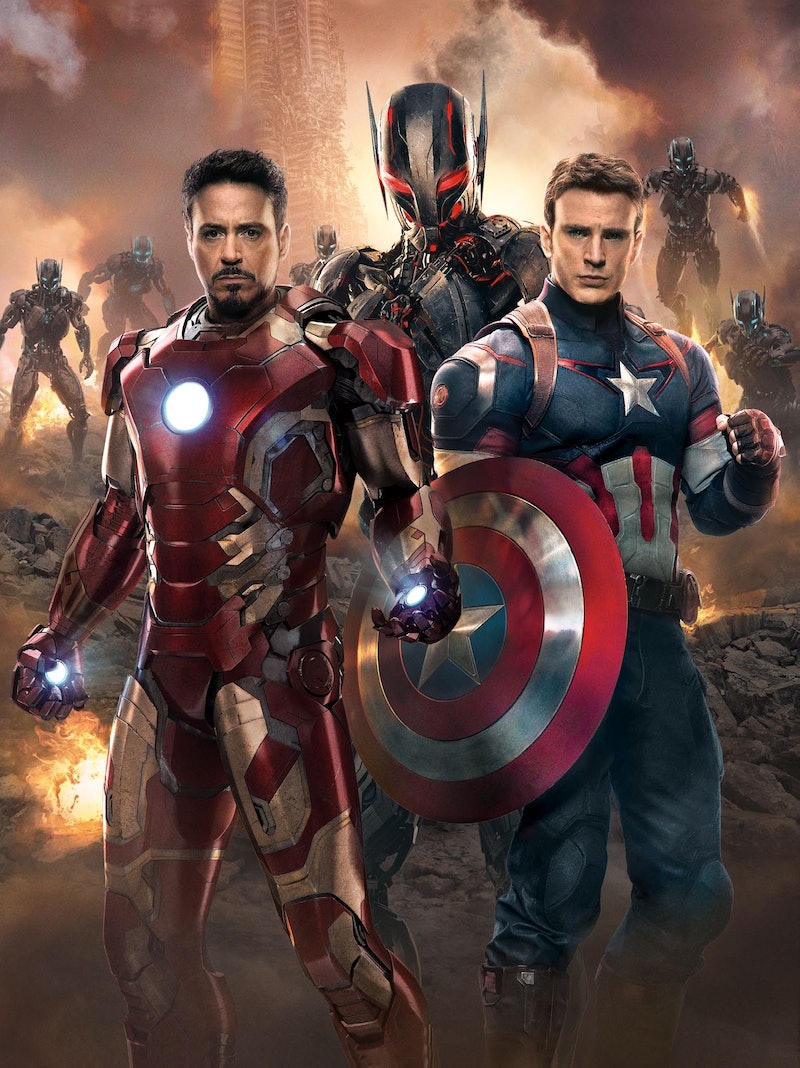 When you think of the Avengers, you probably think of shirtless Chris Evans, Robert Downey Jr. aging perfectly, and Scarlett Johansson kicking ass, but you should be imagining Leonardo DiCaprio. No, DiCaprio isn't signing on for the next film, but a fan video of The Avengers: Age of Ultron trailer set to Celine Dion's "My Heart Will Go On" will blow your mind.

I won't give everything away, but when "once more, you open the door" plays, Captain America kicks in a door, and it's magical. Though it's not quite as dramatic as Jack and Rose letting go of each other or The Heart of the Ocean dropping into the water, Dion's voice totally changes the tone of the trailer. Even with the giant robot villain, Ultron, wreaking havoc on the city, the music makes thing seem more peaceful. And somehow, the lyrics "you are safe in my heart" hold a different meaning as the Avengers keep the world safe. Sorry, Dion just makes me sappy and emotional. Honestly, any Dion song could probably work for this. Next, I'd love to see "It's All Coming Back to Me Now" or "All By Myself." Maybe those would work better for stand-alone Marvel movies. Guardians of the Galaxy incorporated plenty of amazing music, so why can't the Avengers?