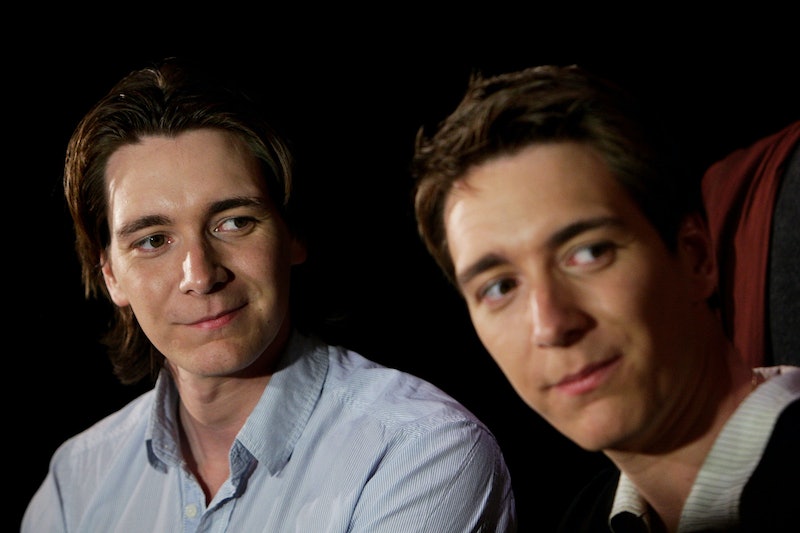 One's Harry Potter crush speaks volumes about their personality. The classicists enjoy Oliver Wood and the unabashedly boy-crazy go cuckoo for Cedric Diggory. The Ron Weasley enthusiasts are nurturers, and everyone knows the girls who love Harry are always fame-obsessed. I, myself, was always into Fred and George Weasley. They were the class clowns, the rabble-rousers, the dudes who made a trade out of never growing up. Which leads me to the question: what are James and Oliver Phelps up to? The non-ginger twins who portrayed noted gingers Fred and George in the Harry Potter films must have had a huge career ahead of them, right?

James, who played Fred, and Oliver, who played George, have remained involved with the Harry Potter community. James and Oliver were on the Harry Potter cast panel for the Harry Potter Celebration at Universal Studios in January of this year. They've also given numerous interviews and participated in Q&A's over the years at various fan conventions. Way to stay in touch with your roots, boys. Ten points to Gryffindor.

How about other projects, though? Since the Harry Potter franchise wrapped in 2011, the twins have been a package deal in a few films. According to James' and Oliver's respective IMDb pages, they will appear in a movie set to release this year called My Own Worst Enemy. Also, they're rumored to be playing "Tweedle Dee" and "Tweedle Dum" in the 2015 film Jabberwocky Rise. Not to mention, they were contestants on an episode of the British game show, Pointless Celebrities. Watch them bring back their Fred & George - style banter to the delight of the world:

In 2012, James had roles in a short called The Turn and the feature film Ward 3. Check out this clip of The Turn, where you can catch a flash of him grabbing a pint from the barkeep. A subtle, yet moving performance.

Other than the two projects with his brother, Oliver is apparently in one additional short film called Ears. It seems that he's been rather busy with building his own multi-level brand called JOP world. On the page, Oliver blogs about his travels, interviews experts for advice on starting a business, and even sells headphones and backpacks. Head on over there, and you'll get to see some sultry photos of him modeling his merchandise.

Aside from artistic endeavors, James has discovered the most appropriate way to use voice-commands on his operating system.

They both managed to make it over to Weasley's Wizard Wheezes.

Ultimately, it looks like the boys are doing well. All these years later, I'd still be tickled pink to grab a butterbeer and catch up.