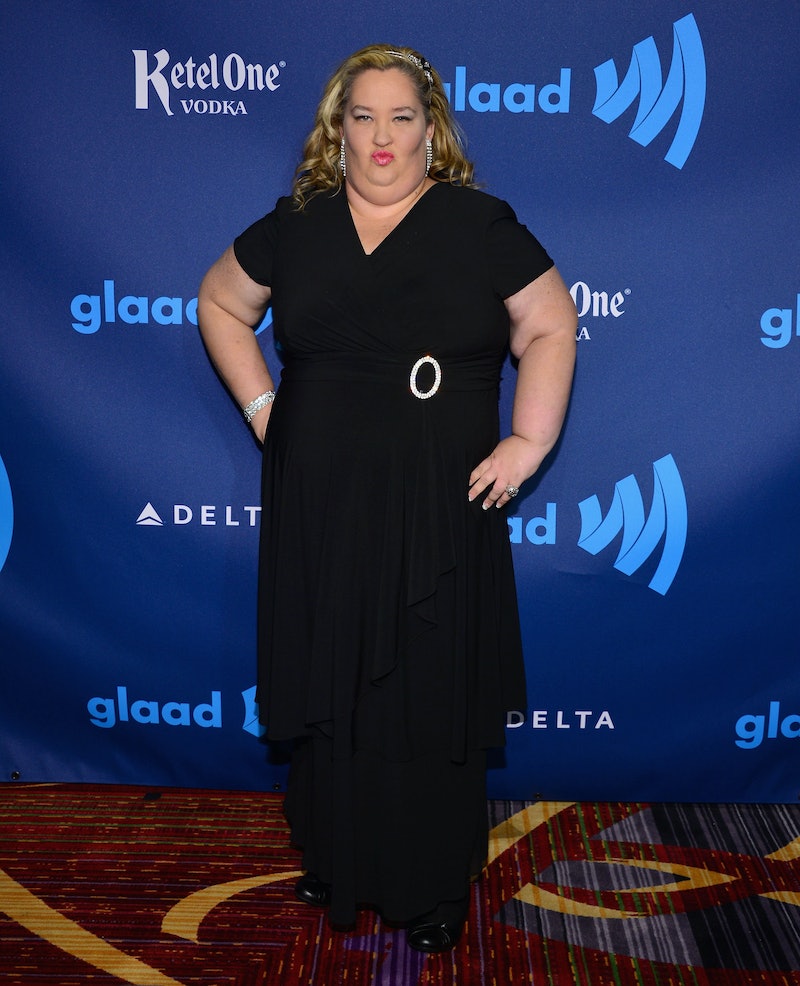 As someone who was a Honey Boo Boo fan ever since her Toddlers & Tiaras days, I'm incredibly shocked and disappointed to hear the news about her family's current situation. The details only continue to get more disturbing following the reports that Mama June is dating a registered sex offender, Mark McDaniel, who also allegedly molested her now 20-year-old daughter Anna Cardwell. Making matters worse, it's such a shame this all has to play out in the public eye. While it's a messed-up situation, someone is at least trying to make it right — June's ex and Honey Boo Boo's father, Mike "Sugar Bear" Thompson. According to reports, Sugar Bear is preparing for a custody battle, because he is "worried sick" about his 9-year-old daughter (real name Alana Thompson) spending time around McDaniel, as he should be. The situation is undeniably complicated, but it's great he's stepping up to protect his family.

Sugar Bear's friend "Crazy Tony" told MailOnline, "He wants her out of that environment and knows the only way to do that is to get custody." There's only one slight problem... Reportedly, Sugar Bear doesn't have the money for the legal costs. After he split from Mama June, he supposedly did not make much money and resorts to borrowing from friends. He's living in a trailer park, despite the fact that his family made $20,000 a week from TLC while filming. Crazy Tony says,

The family might have been getting $20,000 a week but Mike’s not got any of it. If he had any money he would not need to go round borrowing cash. It was Shannon who signed all the contract and she gets the money.

While he doesn't have much money, it seems like he'd be a better fit for custody right now than Mama June, solely because of who she said to be spending her time with. Yet, leaving with Sugar Bear doesn't sound like he's entirely ready to take care of Honey Boo Boo since he's constantly needing to borrow money. How well can he provide for a family if he can't even afford to care for himself? Not trying to mock the man — it's just an honest question.

Hopefully all of Mama June's kids get taken care of and removed from this terrible/tragic situation. There are four daughters total, and three of them (including Honey Boo Boo) are underage: 9, 14, and 17 years old. Even though Sugar Bear may not be able to afford the custody battle right now, it seems like he's doing all he can, and luckily he's not the only one trying to help. Susan Boatwright of Georgia’s Division of Family and Child Services told People, "If we thought a child was in harm’s way in any way, shape or form, we would develop a safety plan and make sure the children are not around an offender."

So what are we waiting for? Someone needs to get those kids out of this situation ASAP. I'm sure it's easier said than done, but anything is better than this.