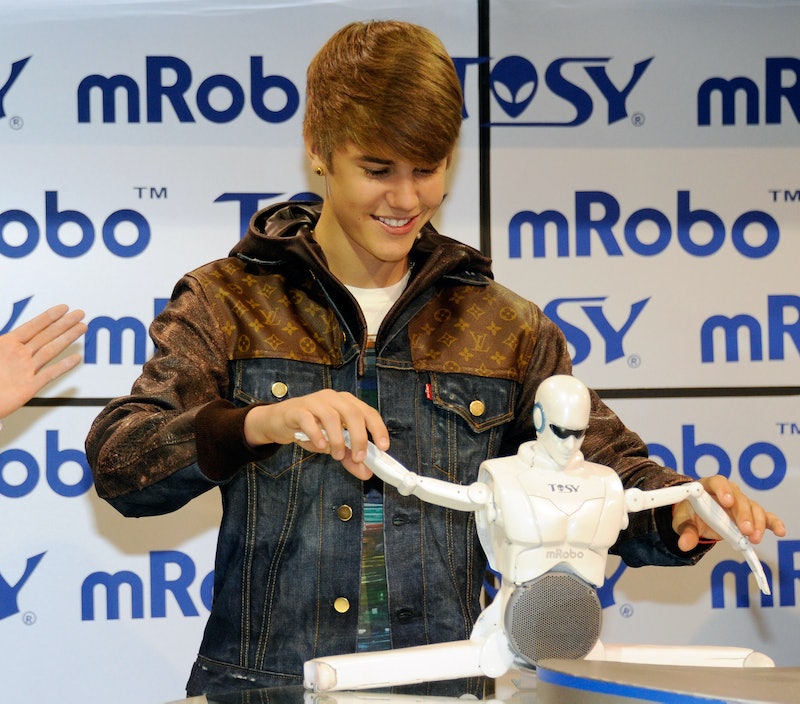 2012 was a simpler, easier time in the lives of our favorite pop stars. Well, in the lives of one of our favorite pop stars and Justin Bieber AKA the fifth most hated man in America. Before he had his first run-in with the law in July 2012, Bieber was appearing on Punk'd in March 2012 and his victim was none other than America's current sweetheart, Taylor Swift. It can be hard to believe at this point that the two were ever close friends, especially when there are lingering rumors that he caused a rift in Swift's friendship with Selena Gomez for a while, but it happened. It happened and we let it happen. Even worse, watching Bieber prank Swift on Punk'd is going to make you suddenly miss their friendship.

In the clip below, Bieber calls up Swift with an offer to come meet him at a house in Malibu and write a song with him. When she arrives, they work for a little while before Bieber and an associate start setting off fireworks over the ocean behind the house. They persuade Swift to join in... and that's when her life goes to hell. I'm not saying this was a traumatic experience for the 1989 singer, but it would definitely explain why she told Ellen DeGeneres that she fears being framed and sent to jail.

However, the best part of the clip is not simply how well-executed the prank was but also Swift's own reaction to it. Even though she's in the midst of an emotional meltdown, she's still making sure the cops — and the Coast Guard — are called and ready to face her punishment for whatever role she may have played in the "tragedy". And when she does finally find out that she's been punk'd, she and Bieber have a genuinely sweet friendship moment that is just ten kinds of adorable.

Check out the prank below and get ready for the nostalgia feels.