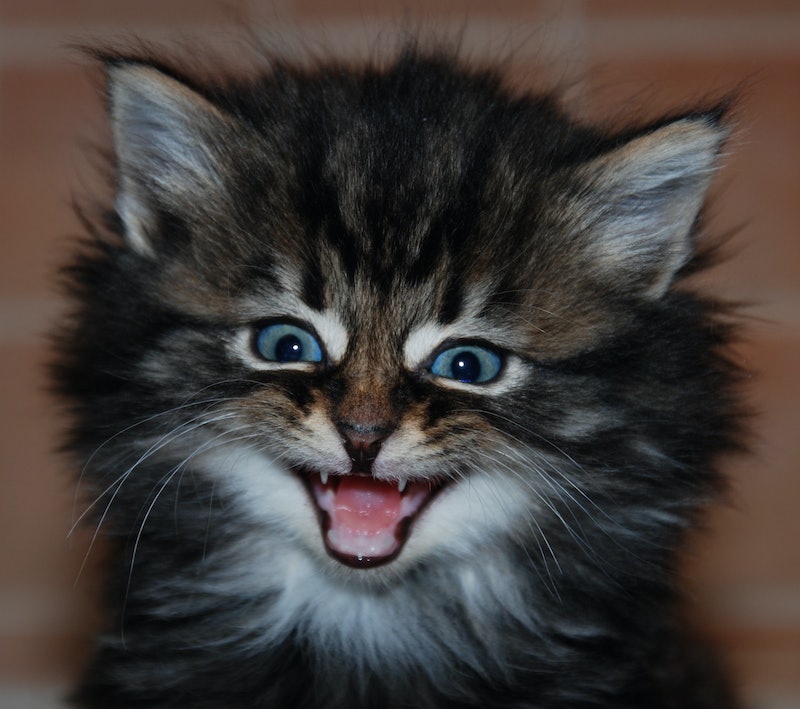 There are two kinds of people in this world: those who know and respect that cats are the greatest creatures to roam the Earth, and those who better get their act together fast before cats eventually take over the universe (they've already taken over the Internet, so this probably isn't even that farfetched). October 29 is National Cat Day, but these whiskered beauties don't need a day of recognition to know that they are better than humans in just about every way possible. After all, mankind has been talking about how magnificent these revered beings are since pretty much the beginning of time (in ancient societies, cats were considered to be nothing short of sacred).

If viral Internet sensations Lil Bub or Grumpy Cat have taught us anything, it's that cats have universal appeal, and even if you don't consider yourself a cat person, chances are your cold, cold heart melts just a teeny bit every time you see a hilarious gif of a cat cannon balling off the living room sofa, or getting stuck in cardboard boxes (you don't have to admit this, but I know it's true). Don't worry, though — you aren't alone. Long before Taylor Swift ever shared a single Instagram photo of her adorable kitten Meredith, famous people have been talking about their cats for decades. Here are 11 feline friendly quotes that sum up why cats are the best, no questions asked.

1. "A cat has absolute emotional honesty: human beings, for one reason or another, may hide their feelings, but a cat does not." — Ernest Hemingway

2. "If animals could speak, the dog would be a blundering outspoken fellow; but the cat would have the rare grace of never saying a word too much." — Mark Twain

4. "I have studied many philosophers and many cats. The wisdom of cats is infinitely superior." — Hippolyte Taine

5. "My cats are really sassy and sophisticated, but most importantly, they are picky." — Jason Wu

6. "What greater gift than the love of a cat." — Charles Dickens

7. "You can keep a dog; but it is the cat who keeps people, because cats find humans useful domestic animals." — George Mikes

8. "I believe cats to be spirits come to earth. A cat, I am sure, could walk on a cloud without coming through." — Jules Verne

10. "I really am a cat transformed into a woman." — Brigitte Bardot

11. "In ancient times cats were worshipped as gods; they have not forgotten this." — Terry Pratchett