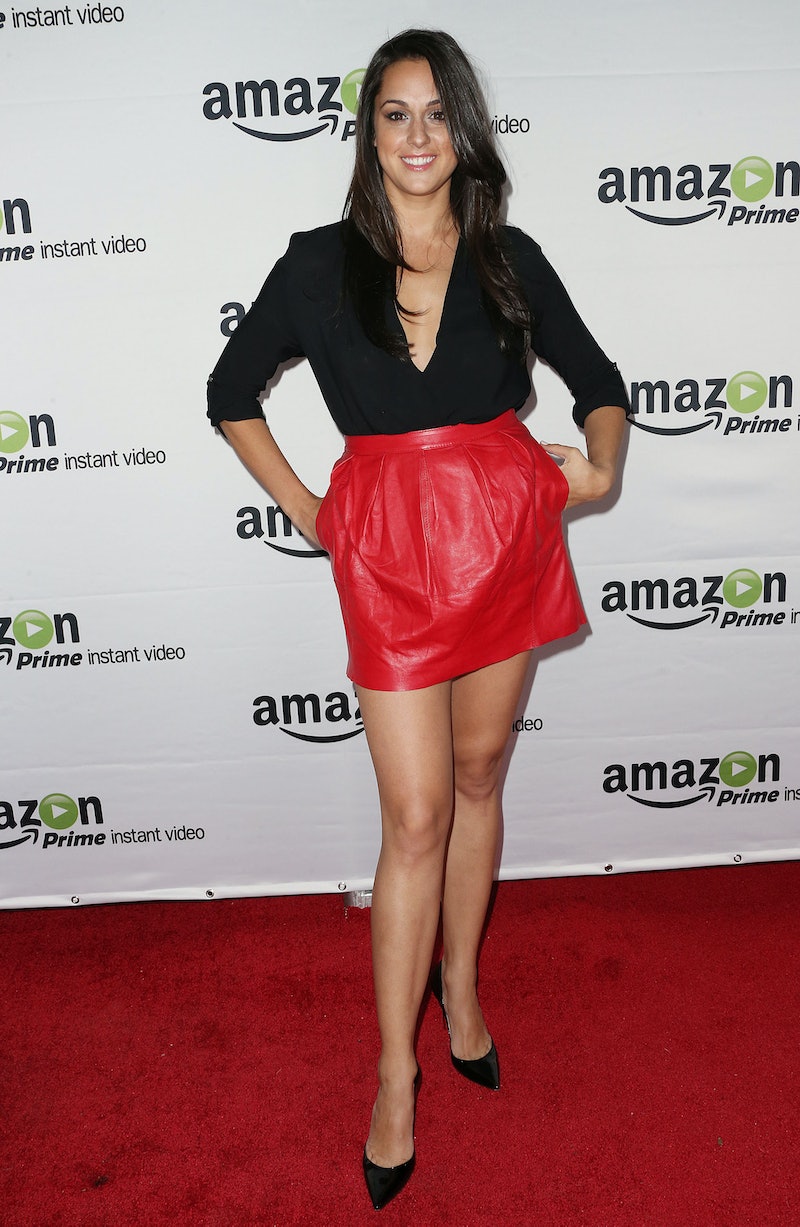 CBS is premiering a new comedy series on Thursday, The McCarthys, and like most other comedies on CBS, it will probably be an inexplicable hit (looking at you, Two and a Half Men). Kelen Coleman stars in The McCarthys and while her name isn’t really well-known, you probably recognize her by her many past roles. The McCarthys is about an Irish family in Boston and also stars Joey McIntyre, Tyler Ritter, Laurie Metcalf, Jack McGee, and Jimmy Dunn. The sports-obsessed family includes four children all of whom live in a one block radius of their parents. Kelen Coleman will portray Jackie McCarthy, their pregnant daughter.

So what is the premise behind the show? 29-year-old Ronny is offered a job in Rhode Island, but his father offers him a job as assistant basketball coach at the local high school. We can all assume he takes the job with his father, otherwise the show wouldn't last for more than an episode. I think it goes without saying that if many people decide to tune into the comedy, it will all be for their favorite New Kid on The Block, Joey McIntyre, who plays brother Gerard. The McCarthys airs on Thursday nights at 9:30, which interrupts our time with Olivia Pope on Scandal, which coincidentally, Coleman has also appeared on. But that's probably not the only place you've seen her. Here are the many roles that are the reason you'll probably recognize Coleman as soon as The McCarthys premieres.

Honestly, who isn't in this 2009 high school cheerleading movie. You can catch Coleman as one of the cheer camp attendees in the teen comedy.

No one can forget Isabel Poreba, one of Pam's bridesmaids. Though you might remember her more for sleeping with Dwight during the wedding weekend in Niagra Falls. Coleman comes back a few times on the series and seduces Dwight. Scranton is a weird place.

Children of the Corn: Genesis

I will admit that I haven’t watched Coleman playing a stranded woman in the recent adaptation of Children of the Corn. But that's just because the only thing that scares me more than scary movies is children. But apparently in the movie, Coleman finds a place to stay and realizes that the people she’s staying with are part of a creepy cult.

Coleman also plays Dr. Mindy Lahiri’s friend Alex. She’s in various episodes every now and again, but the main episode you would remember her from is Mindy’s birthday. Danny and Jeremy both compete for Alex’s affections, which is basically the best TV role you could hope for.

Just recently, Coleman appeared in the season premiere of Scandal . When Olivia comes back from vacation with Jake, she takes on a rape case in which Senator Vaughn defended herself against a male senator, pushing him off a balcony in his house. It turns out Vaughn’s assistant Kate, played by Coleman, is actually the one who was assaulted by the senator.

Once you're cast in a ShondaLand show, you're in. So congrats Coleman, I can't wait to see where you pop up next.