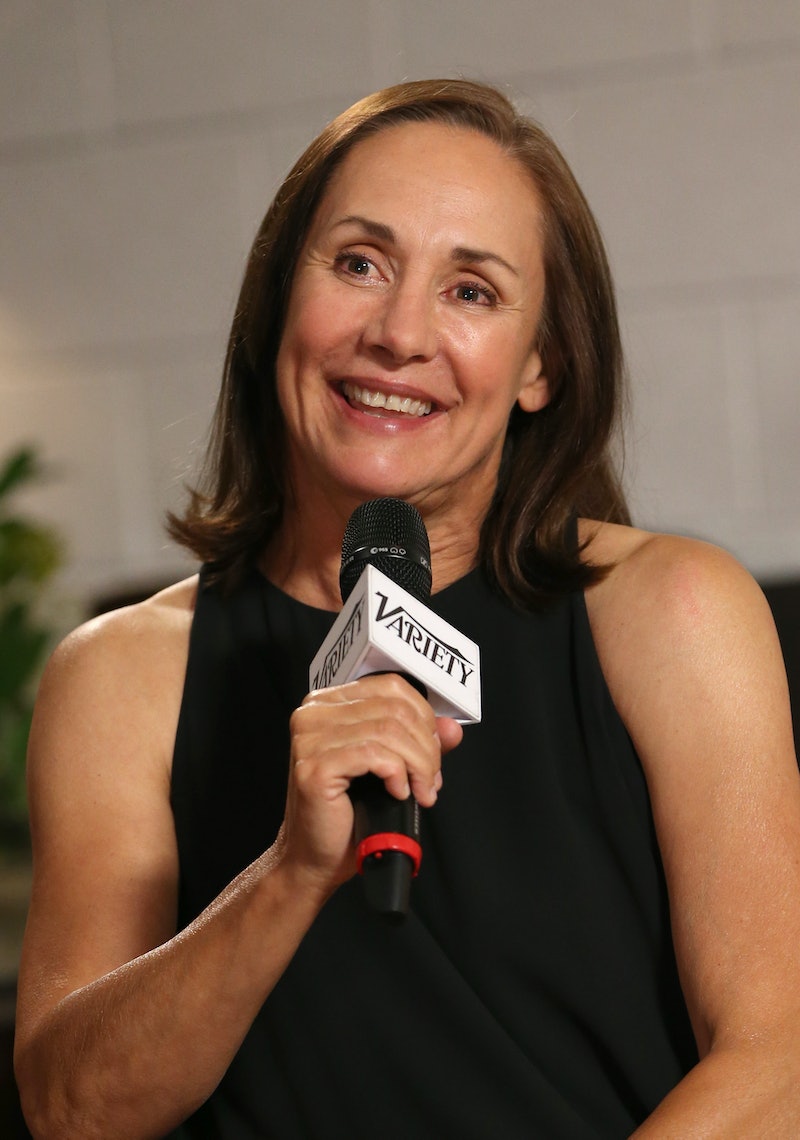 Probably best known for her role as Jackie Harris, Roseanne Conner's younger sister on the '90s sitcom Roseanne, Laurie Metcalf now stars in The McCarthys , a new CBS comedy. From 1988 until 1997, Metcalf appeared throughout the course of the comedy series' entire run and earned three Emmy awards for Best Supporting Actress in a Comedy Series for the role. Since Roseanne's maligned series finale aired on ABC, Metcalf has had quite a prolific career on TV shows, feature films, and Broadway shows, leading up to The McCarthys, which premieres Thursday night.

The 59-year-old actress will play Marjorie McCarthy, the family matriarch of the working class, sports-loving Boston clan at the center of the show. Metcalf has certainly broken out of Jackie's shy mold in her roles since Roseanne and has taken on much different characters than the one she played for nearly 10 years. She's had roles in dramas (JFK, Leaving Las Vegas, Stop-Loss, Grey's Anatomy), comedies (Georgia Rule, Desperate Housewives, The Big Bang Theory, Fraiser), animation (Toy Story, Meet the Robinsons, Hop, Treasure Planet), and more. Metcalf has also been nominated for two Tony awards for her stage roles.

Here are some of her most memorable post-Roseanne roles that will totally have you say, "Wait, that's Jackie?"

I remember seeing this Scream sequel and immediately recognizing Debbie Salt as "that lady from Roseanne" (I was 13). By the end of the film, Metcalf shatters any misconception that she's only good at wacky sitcom characters. She plays cold-blooded murdering mom Debbie Loomis, who is hell-bent on getting revenge on Sidney Prescott for her son Billy's "murder" in the first Scream, where he was actually the killer.

Metcalf has made guest appearances on the hit CBS comedy since 2006 as Mary Cooper, the mother of Sheldon. Mary is a fundamentalist Christian from Texas who dotes on her most intelligent child, but is also the only person who can control Sheldon. She did at one point think he was crazy (as Sheldon says, "I'm not crazy. My mother had me tested"), but instead he turned out to be crazy smart.

Dr. Jenna James in Getting On

Metcalf's most recent regular role has been in this HBO dark comedy set in the geriatric wing of a hospital. She stars as the director of medicine, who is highly uptight and thinks she's a consummate professional, but really offends most people. The show is based on the British series of the same name and will return for a six-episode second season in November, along with Metcalf.