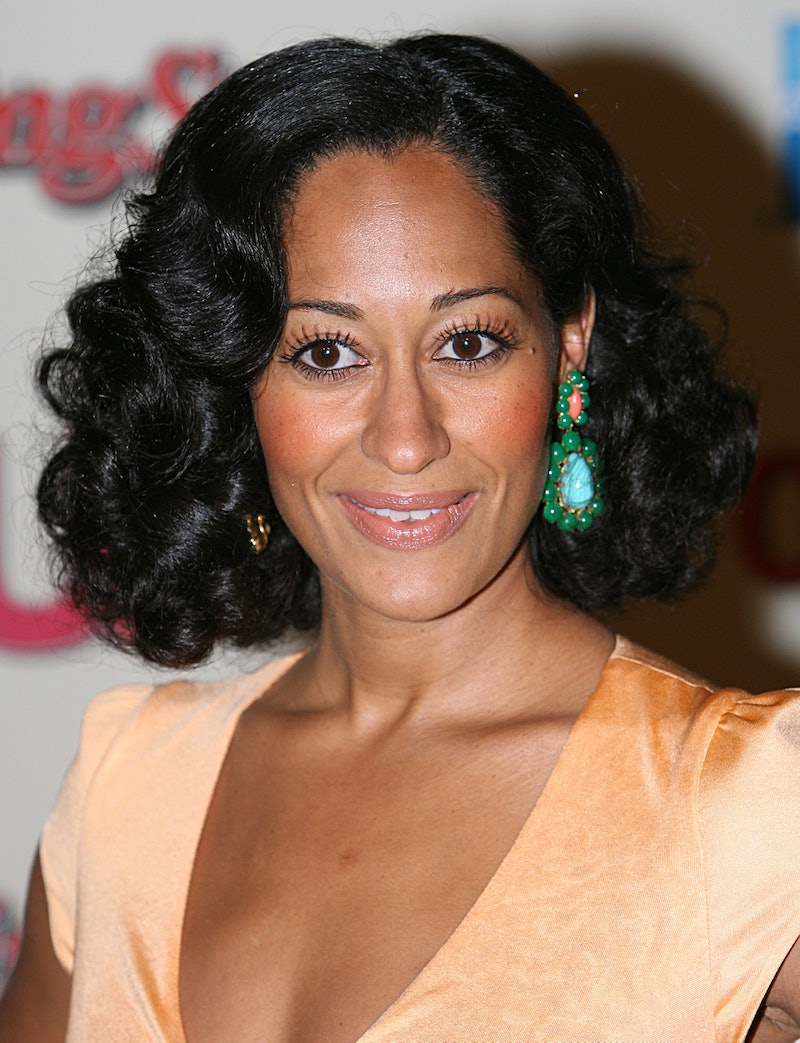 If you're new to the awesomeness of black-ish actress Tracee Ellis Ross --- welcome! Since her turn as Joan Clayton on UPN's Girlfriends (a Kelsey Grammar produced show following four friends in LA as they navigate sex, dating, and the like) for 8 seasons, I've been on the long list of fans of one of the most famous daughters of the one and only Queen, Diana Ross. Aside from being the best friend we all wish we had (have you seen her closet?), Ross is the personification of good hair days (THOSE CURLS), "these jeans make my butt look AMAZING" days, and all around cool.

Ross is now back on the map thanks to ABC's blackish, but acting is not her only talent. One stroll through her YouTube channel and one becomes acquainted with her rap alter-ego, #TMurda. #TMurda's claim to fame is doing an in-depth exploration of today's hottest rap songs in a way that only a woman as charming and hilarious as Tracee Ellis Ross could pull off. So it's time we put her other talent in the spotlight and explore all the reasons why we wish we were in this photo:

Ross' rap alter-ego is literally all that I ever wanted. I mean, come on: this is genius.

Need I say more? Just in case more is needed... look. at. those. curls. She may be the undefeated Curl Queen. It's sickening.

4. The Butt That Launched A Thousand Ships

Though she's been open about her struggles to accept her round posterior way before having a big butt was cool, Ross has always been the owner of one of the best bodies in the world!

The biggest reason to keep praying for a chance to call her your BFF has to be because Tracee Ellis Ross is always finding an opportunity to let us all know how important it is to go wholeheartedly after our dreams while loving ourselves more than anything or anyone else... including herself.

So, if you're looking for a new best friend; join me in Tracee Ellis Ross worship.