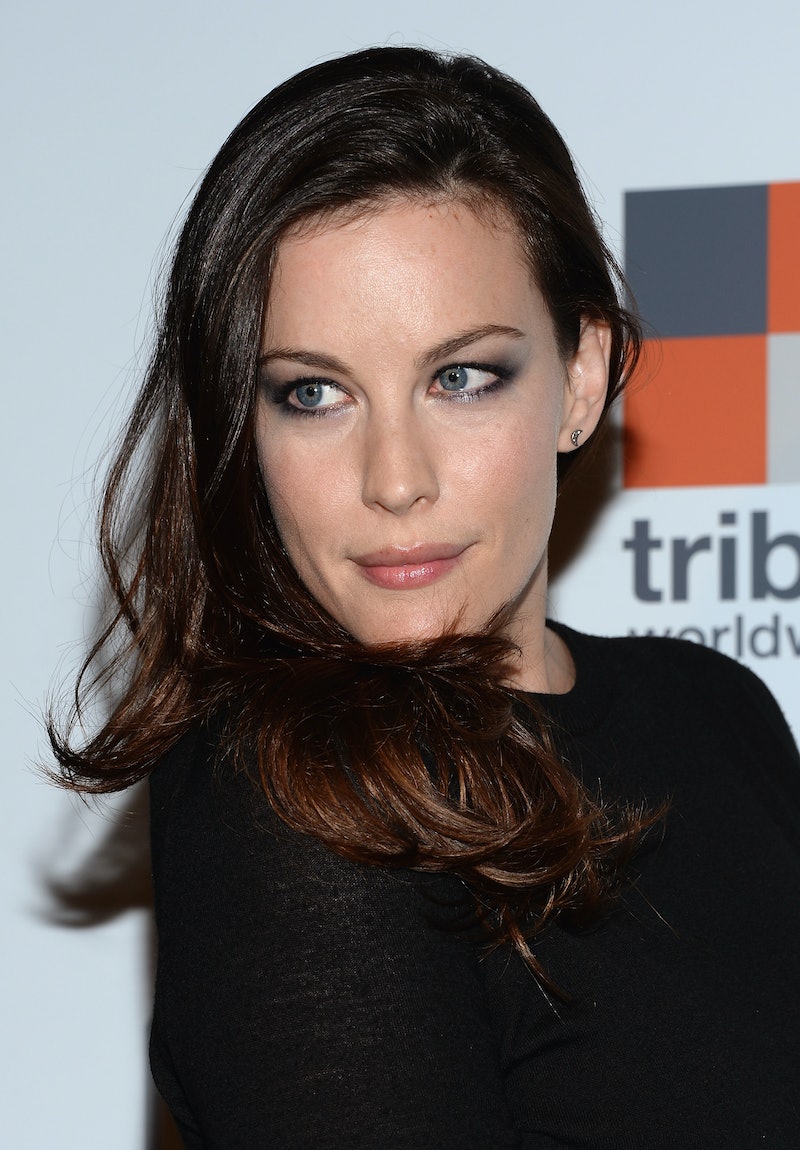 When it comes to dropping the baby bomb — by which I mean telling everyone you’re pregnant because you really shouldn’t drop babies — Liv Tyler takes the cake, or should I say bakes it? Liv Tyler confirmed her pregnancy (aka what we already knew but didn’t know officially) by dressing up as a bun in the oven for Halloween. Her get-up is pretty adorable what with her messy bouffant and saddle shoes. It ranks high on the Best Way to Tell Everyone You Are Expecting chart. But if you were thinking that it was just a Halloween stunt and that she’s actually messing with us and our scrupulous study of her tummy, Tyler snapped a pic of her clever costume and added the comment "bun in my oven." That’s confirmation enough! It’s time to set the calendars for baby showers and due dates, y'all.

The beauty of the Halloween spirit is that it allows us to let loose through costumes and candy consumption, and I'm really impressed that Tyler took the baby rumors — E! confirmed her second pregnancy with close sources but not the actress' reps — and owned it. Not many women can truly work an oven costume the way Tyler did, but then again not many women can work the elf ears like Arwen, right? Here's a pic of Tyler's outfit:

See? Even that kid behind Tyler is surprised to see her baby news confirmed!

Pregnancy rumors started after Tyler and alleged boyfriend and baby's father, Dave Gardner, were seen vacationing in Spain, where Tyler was always suspiciously covered up. Maybe she was just waiting for the right time to break out her bun in the oven ensemble?

This will be Tyler's second child. She already has a son, Milo, with British rocker Royston Langdon. She's been with Gardner since this summer. I can only hope he had an amazing costume — A baker? A matching bun in the oven? Another kitchen appliance? — to go with her cheeky one.