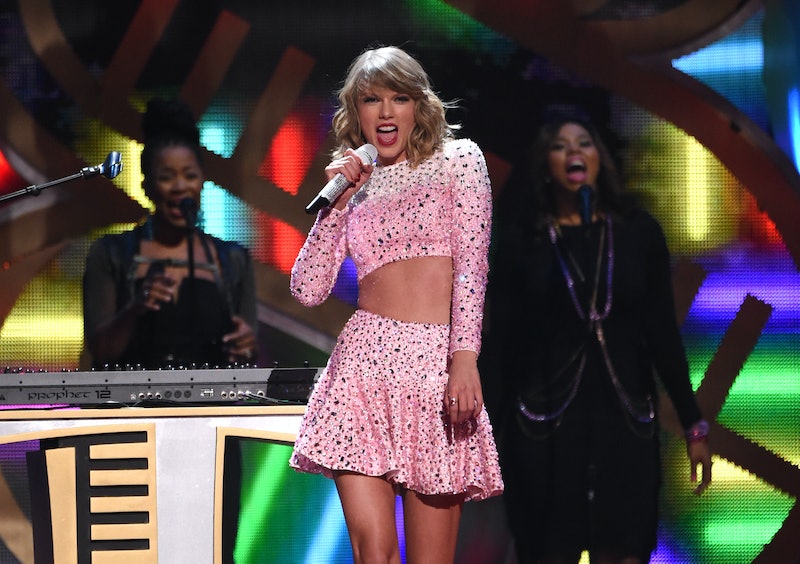 Now that we've all listened to 1989 on repeat for a few days, there's one big question on our minds: when is Taylor Swift going on tour? I don't know about you, but I want to "Shake It Off" (fooled ya there, didn't I?) with my fellow Swifties. I would be perfectly happy if all she did was play 1989 in full this time around. Though Swift has yet to officially announce a tour, she revealed on Good Morning America that she is "going to be going out on tour very soon" and they're "in the early stages of planning the actual show." That could mean weeks, months, or waiting until sometime in 2015. I predicted that Swift and One Direction would be on tour around the same time next year, so it may be her vs. Harry Styles, yet again. I'm still holding out for them to reunite as a duo named Swift Styles.

Even though no official tour news isn't ideal, there is a silver lining: there's a few times she'll be performing for the public before then. T. Swift is slotted to play Jingle Ball 2014 in LA on Dec. 5 and NYC on Dec. 12, and then she'll perform at Dick Clark's Rockin' New Year's Eve With Ryan Seacrest . You can wait out in the cold to see her on New Year's, but you can buy tickets for both stops of the Jingle Ball. To tide you over until her next tour, here's her interview and performance of "Out of the Woods" on GMA.