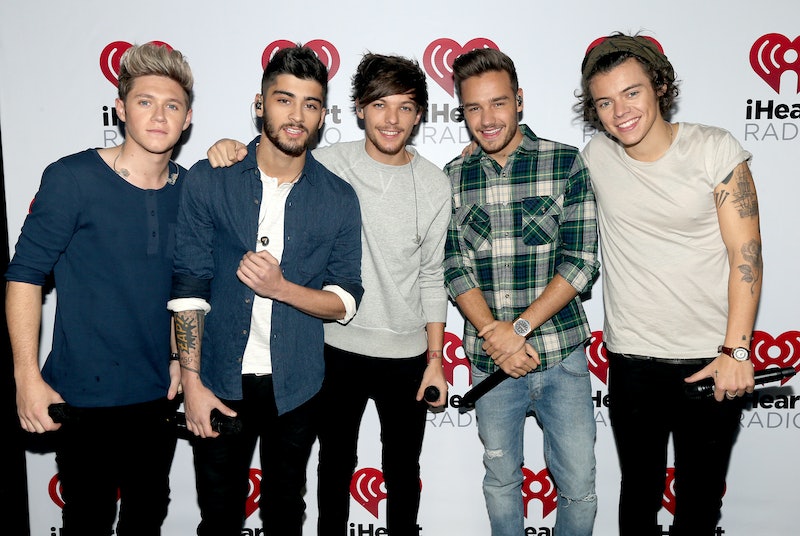 It looks like Harry Styles and Taylor Swift could be battling it out. One Direction just announced their 2015 world tour, aptly titled On the Road Again, which is set for next summer. Though Swift will likely start touring on her new album, 1989 (out Oct. 27), earlier in 2015, it still leaves a lot of room for overlap. If fans have to choose between seeing 1D in concert or Swift, who will win? That is the ultimate Sophie's Choice for teenage girls.

In a perfect world, these two crazy cats would just kiss and make up and tour together — can you imagine the insanity (and dolla dolla bills) that would bring to the world? Styles and Swift duetting on "Out of the Woods," singing about that time he crashed a snowmobile and ended up in the hospital. Or even "Style," which is clearly about him. They even have the perfect duo name for their indie-pop band: Swift Styles. Maybe I'm taking this too far. Swift is on a dating hiatus, after all, and he's probably not the right guy for her anywhere.

Anyway, the tour dates are below (with more TBA in Australia, Japan and southeast Asia), but feel free to imagine the world of Swift Styles with me anytime.