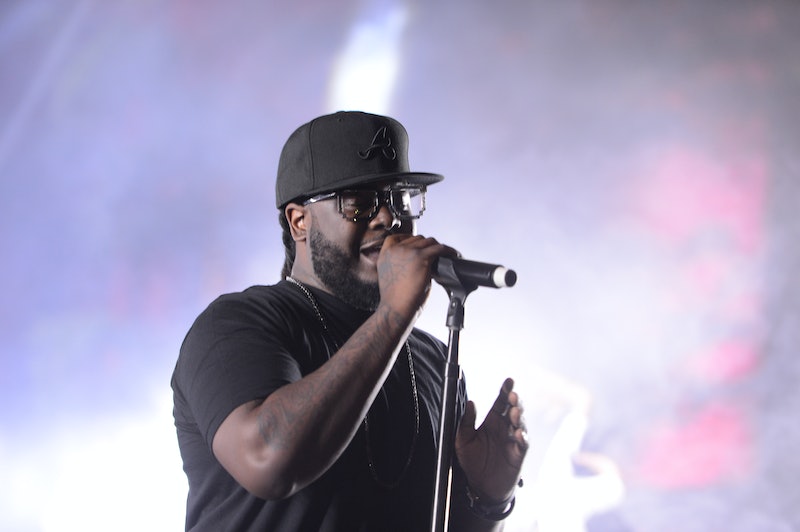 So it turns out, T-Pain can actually sing. And I mean really sing. Singing for NPR's Tiny Desk Concert completely without the use of Auto-Tune, T-Pain is incredibly and surprisingly good. Like, John Legend good. Bruno Mars good. Except that he sounds more raspy, like an r&b star from the '90s, maybe the vocalist Boyz II Men never had but should have had. It's pretty sexy. And I never, in my wildest dreams, thought I would ever write a sentence like "T-Pain is sexy." But here we are. Previous to this I'd never actually heard T-Pain sing except for on a painfully Auto-Tuned, bleed out of your ears, "club banger" style track, so the source of my excitement is partially the pleasant surprise.

What I want to know now is does T-Pain have an album that's just him singing with a piano? Because I would listen to that. I motion for an album of T-Pain doing acoustic Dru Hill covers. I mean, it makes little to no sense that that album doesn't exist, right? T-Pain also happens to be super charming, and makes a cute little joke about the Auto-Tune being in his pocket, or "surgically inserted" somewhere inside him. Self-aware dad jokes are the best kind of dad jokes. T-Pain is dropping his Greatest Hits album next week, but I'd suggest just listening to this NPR set on repeat forever, because it's lovely, and better than any over produced rubbish T-Pain gets on the charts.