After so many years of silent disagreements, Dina Manzo returning to The Real Housewives of New Jersey was our chance to find out what's been going on between Dina, Caroline, and Jacqueline Laurita, who have been fighting for years. Now, in the Season 6 reunion, we might finally get what we've been waiting for. In a new clip released on Bravo's website, we actually get to see Dina discuss the feud publicly for what seems like the first time.

She claims that her silence hasn't meant that she doesn't care or doesn't acknowledge the falling out, but that she was trying to brush it under the rug in hopes that it would go away. But even the most aggressive zen is no match for Caroline and Jacqueline's anger at Dina, and so the more she stayed quiet, the louder they got, excluding her from things and, in Jacqueline's case, bashing her on Instagram.

Dina doesn't seem hurt at the idea of not talking to Caroline and Jacqueline. She's fine to leave them alone and "not talk every day." But when it comes to big events, she wants her family there, and wants to be there for her family, estranged members included. It's the Thanksgiving-Christmas-Wedding-Funeral quadrangle. Meet up with extended family only a few times a year, be polite, and that's it. It works for a lot of people in a lot of families. But it's not quite Caroline's or Jacqueline's style. Caroline's adult children basically all still live at her house, and Jacqueline's in business with Albie and Chris, her nephews. 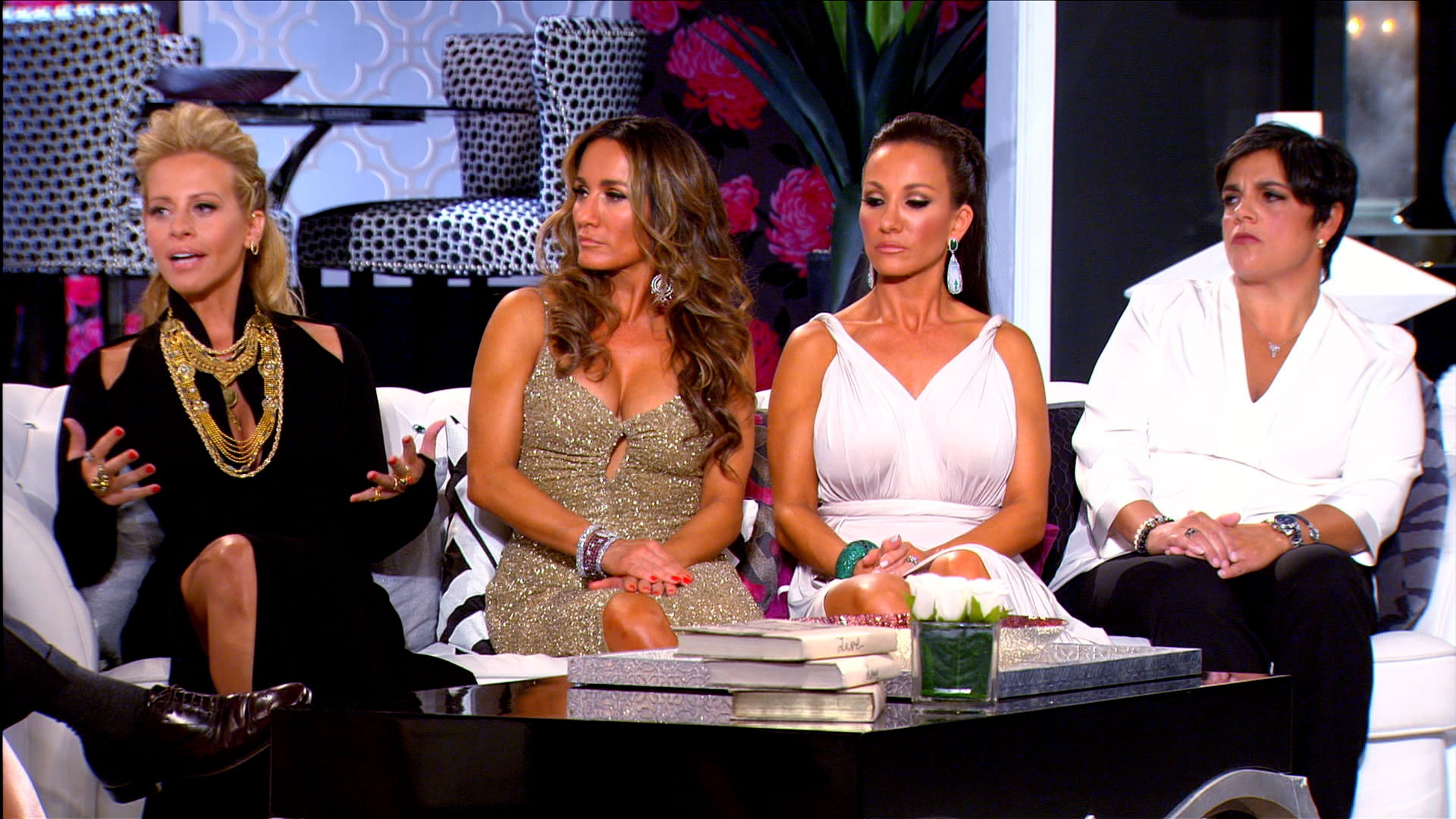 As you can see, Dina is painting herself as the innocent wronged party here, which may not be exactly true. There are the allegations that Dina took over Project Ladybug from Caroline and their other sister and claimed full responsibility for the charity. Plus, being quiet doesn't necessarily mean being civil. Sure, if Jacqueline promised to show up to Lexi's graduation party and didn't, that's messed up. But Dina claims that Jacqueline just wanted to talk things out beforehand, and that's actually more healthy than letting emotions sit and fester. Zen-obsessed Dina should know that.

It's hard not to consider whether this could be affected by their allegiances to two separate Bravo shows. Maybe that's a little cynical, but ever since Dina rejoined RHONJ and Caroline left for her spinoff, Manzo'd with Children, Dina has been speaking up about the argument a lot more openly. Maybe she sees this as a way to reach out and have her sister and sister-in-law listen. The Manzos and Lauritas love to have cathartic moments in front of the camera, so maybe now we'll see Dina walking in on Lauren's wedding during an emotional episode of Manzo'd with Children.