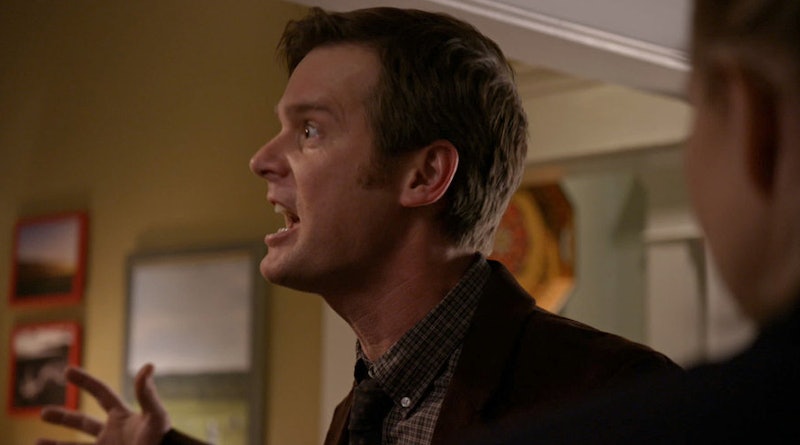 Take a walk with me. The world in which the Parenthood Bravermans dwell is, as far as we know, not a magical one: It's Berkeley, CA, a perfectly lovely place, but not confirmed as a wizarding hub, at least so far as Jason Katims is concerned. This makes sense in a lot of ways. Most ways. The only part where it's really an inconvenient choice to make the Bravermans not witches and wizards is that it impedes my very strong urge to sort anything and everything into the Harry Potter Hogwarts houses. But I will not let that stop me.

"Why is it necessary to sort everything into the Hogwarts houses?" you ask. " Harry Potter ended years ago, aren't you taking this too far?" NEVER. The Hogwarts houses — Gryffindor, Hufflepuff, Ravenclaw, and Slytherin, for noobs — can play an integral part in pop cultural analysis going forward if we let it. Sorting is a flawed thing, sure: Most humans are more complicated than the boxes we put them in.

But the endurance of the iconicity of the Hogwarts houses is a telling thing: People like to sort things, it's a great organizational tool. And when it comes to applying the Hogwarts house system to other fictional characters, it becomes yet another lens through which to look at character writing, and a new way to look at the dynamics between those characters. In a family drama like Parenthood, the patterns come forth pretty easily: Some characters take charge more than others, some have different priorities. And considering that this is Parenthood's final season, they're all relatively set in their ways — it's probably safer to sort them than it is to sort a bunch of eleven year olds.

So let's do this.

Adam Braverman is the biggest Gryffindor to ever Gryffindor. I wouldn't be surprised if he was a direct descendent of Godric Gryffindor, and the one who inherited every bit of his Gryffindoriness. Forget that he also literally opened a school (what's in the Chamber at Chambers Academy, Adam?) — he's also got the biggest hothead on Parenthood, very much prone to the patented Gryffindor brand of rashness in the name of what (he thinks) is "right."

Adam found love and lifelong partnership with another human who embodies practically everything it means to be a Gryffindor. She's certainly brave: Did you see her Season 4 cancer storyline? Whoa. She's also everything we mentioned about Adam above: Quick to judgment of other people's moral wrongness, quick to decisions based off that. That school was her pet project, after all. And only a Gryffindor would run for mayor just because she thought the other guy did something morally icky unrelated to his politics.

He's the one who instilled a little bit of Gryffindor into all his children, most notably eldest son and King Gryffindor Adam.

The saving grace to the rest of her children, Camille was the calming force that household needed. Kind, tolerant, and most definitely patient.

He'd get a huge kick out of the riddles protecting entrance into Ravenclaw tower, and he'd find there a group of people who'd likely be genuinely interested to hear him talk about the details of the lizard lifespan.

Hardworking, loyal, steadfast. This worked better before Joel walked out on his marriage — that seemed like a very rash Gryffindor move, maybe he'd been spending too much time around Bravermans. This season's offered glimmers of Old Joel, though, so maybe he can make his way back to his Hufflepuff roots.

Last season was a very emotional season for Julia, but it became clear that she was thinking much more logically than Joel was. Her Ravenclaw tendencies were evident long before then, though: I'd wager it's Slytherins and Ravenclaws that make the best lawyers.

The way she dealt with Max's aspergers and her parents' particular way of viewing the world showed us what it looks like when a Hufflepuff is raised by Gryffindors.

Crosby's got a heart of gold when he feels like it, but he's also manipulative of everyone around him when it comes to getting what he wants. It's a very clumsy manipulation most of the time, but whereas brother Adam will come straight at you with a problem, Crosby is more likely to try to worm his way around it. Slytherins are not inherently bad people, and Crosby is evidence of that: He loves his family and his world very much, and he's very good at positioning himself exactly where he wants to be within that world.

Marriages between Ravenclaws and Slytherins can be tough, for sure, but they're certainly passionate.

In an alternate universe Amber and Joel might have made a good couple. Amber is incredibly emotionally intelligent — not an automatic Hufflepuff trait, but something that contributes nicely to her tolerance and patience.

There's a reason she and daughter Amber can't stop crying around each other, and it's at least partially that they're overwhelmed by all the Hufflepuff in the room.

This could also go Hufflepuff, I suppose, but he just seems like a relatively weepy Gryffindor to me.

She is still a very tiny child, but it's clear from the two lines she's gotten this season that she is 100 percent a mini Kristina Braverman, with every inch her parents' obstinance.