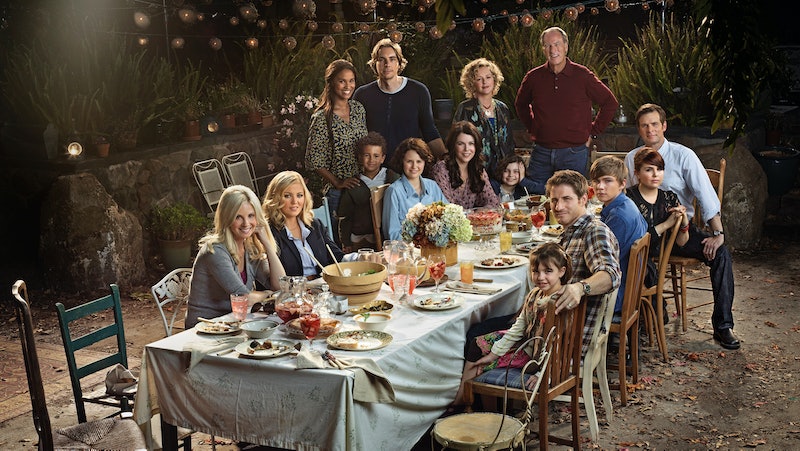 Fans of Parenthood have been speculating about the final season since long before it premiered. Even the actress who plays Kristina Braverman, Monica Potter has her own Parenthood finale idea. If hers is the one that comes true it would be awesome. It's perfectly in line with what the Parenthood writers would do and it also makes sense for the characters. According to Entertainment Weekly, "she wants Adam and Kristina to buy back the Berkley house — with the help of the other siblings, of course."

I am all for this idea. I was among the many fans who were devestated to see Zeek and Camille sell the Braverman home. Having Adam and Cristina purchase it would be such a sweet way to keep it in the family. It's also the perfect way to have Adam step into the patriarch role in a way that doesn't necessarily mean his dad has to die. (I'm still hoping all those Zeek death theories won't come true.)

Of course there is one problem with Potter's idea: the Braverman house isn't there anymore. The set was destroyed and repurposed for the NBC show Bad Judge. Understandably Potter and Craig T. Nelson (who plays Zeek) were not very happy when they discovered this. "I went, ‘No, no.’ And he goes, ‘What the f*** what is this? Why is there a bench here? And whose gavel is this?'” she told EW.

It's a shame that the house isn't there any longer, which pretty much puts the kibosh on Potter's excellent ending suggestion. But perhaps the set can be rebuilt elsewhere to make Potter's wishes come true? It would be worth it for what would surly be a tear-inducing finale.

After all, it's not just the Bravermans who loved that house—the fans miss it too. And if I have to lose a character this season, the least the show could do is bring back the Berkeley house to help make things a little less devastating, right?