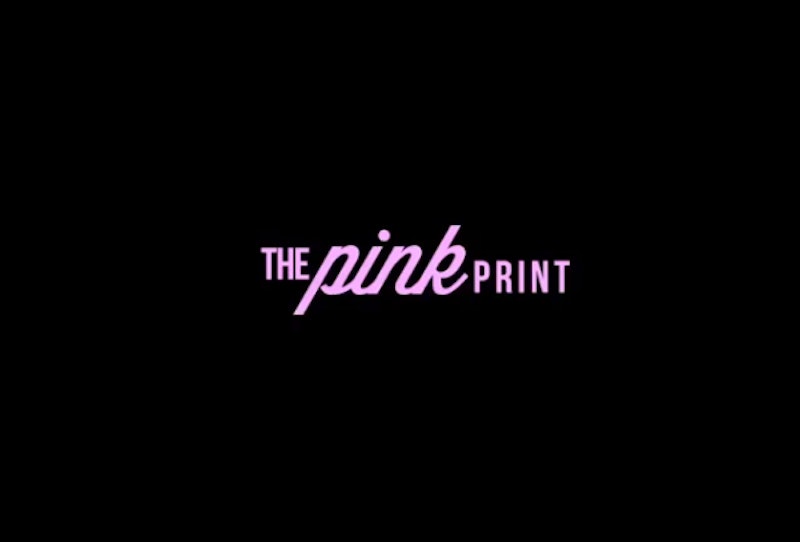 Nicki Minaj's beloved fans, the Barbies, are in a state of mourning. The world is a cold, dark place where bad things happen to good people and The Pinkprint's released has been delayed. Her new album was supposed to come out on November 24, just in time for still-early holiday shopping, but now it has been pushed back to December 15 because of reasons. We don't know what those reasons are beyond our guesses, but it is immensely disappointed. Is it just me or does it feel like we've been waiting for this album forever? Luckily, the rapper heard our pleas because she gave us a little somethin' somethin'. On Thursday, Minaj posted The Pinkprint album trailer to her Instagram and, to be honest, I wasn't that impressed.

Listen, I've held all of Minaj's previous albums in my hands. (Or, rather, in my iPod, which was in my hands.) I have been waiting for The Pinkprint like I've been waiting to win the lottery or waiting to Feel Like an Adult. If you're going to tell me that I have to wait even longer than you promised, and then appease me with an album trailer, I expect that album trailer to blow me away. I expect it to be as epic as Minaj's MTV EMAs promo. I expect it to be as epic as listening to "Roman's Revenge" while speeding on the highway. (Not that I have, uh, ever done that.)

Instead, Minaj's album trailer was a combination of images from the three videos she has released so far — "Lookin Ass N****", "Pills N Potions," and "Anaconda" — with a bonus clip at the end of a thumb getting fingerprinted. I was already re-watching the music videos to get myself hyped for the album. I don't need to see clips from them again. I guess what I needed in this situation was less of an album trailer and more of an album promo. I wanted to see something new and exciting, something that would remind me that this was worth the added wait, something I could really talk about from now until December.

Don't get me wrong. I'm glad that Minaj released an album trailer. She's never made me, as a Barbie, feel like she doesn't care about her fans. I just wish it had been something a little more, something to dazzle us from thinking about why there's been another album delay.

However, the two-part trailer is pretty cool, so it's definitely worth checking out below.