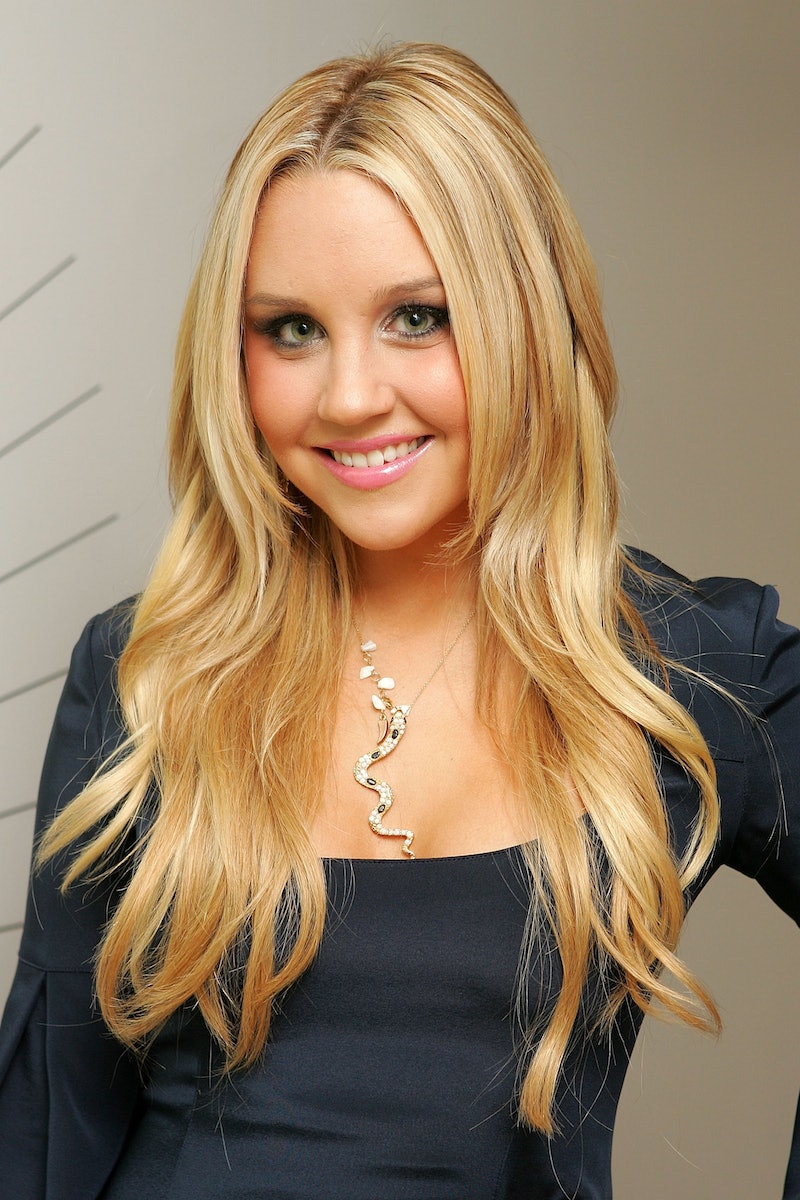 Former Nickelodeon star Amanda Bynes has been having a rough time lately. Rehashing the same old news stories, the confirmed, the unconfirmed, and the downright insane, would be moot at this point. The important thing is that Bynes has been released from involuntarily psychiatric hold several weeks early and, on Friday morning, she revealed her plans to take her parents to court in order to end their conservatorship over her life and finances. It is generally accepted at this point that Bynes is not well and I had hoped that undergoing therapy would help her return to the health and happiness she displayed in the early half of 2014. Now that this isn't the case, the real question becomes how can the doctors give Bynes the help she needs?

It's clear that the reported methods aren't working. We only receive updates on the actress' treatment when her hold has been extended, so we have no real way of knowing exactly how her doctors and her parents been approaching the process of helping her get better. However, the information that we do have to process right now is Bynes' own reaction to the therapy. She has been out of the facility for less than a day and she has already gone on Twitter to announce that she will be doing all she can to fight for control of her own life. To me, this suggests that the therapy can't make progress with Bynes if it isn't her choice to receive it.

This is an incredibly complicated issue because the young star doesn't believe that she is sick. The last time she had access to her Twitter, she went on a lengthy rant about her father's sexual abuse, claims that she later denied and blamed on a microchip he implanted in her brain. More than anything, she seemed to find it incredibly damaging and hurtful to be labeled crazy and, unfortunately, I feel that this is a perceived label that was only reinforced by the fact that she was tricked and committed to a psychiatric facility against her will by her parents and Sam Lutfi. To be fair, Bynes had made herself difficult to track down prior to the hold and, in fact, planned to leave New York as soon as she heard that her parents would be coming. However, that single act of deception might have set her relationship with her parents and with therapy back by quite a bit.

When initial reports revealed that Bynes was being held in an involuntary psychiatric hold that allowed her doctors to administrate medication to her against her will, I'll confess that I was uncomfortable with that idea. I knew that these extreme measures were only being taken because she is not currently considered mentally fit to make her own decisions — and her tweets were pretty compelling evidence to that — but that disregard for consent, though understandable given the circumstances, left a bad taste in my mouth. Now that Bynes has been released and is looking to fight a legal battle over it, I think I should have gone with my first instinct here. She can't be helped if she doesn't want to be helped and convincing her to undergo therapy first means treating her as a woman with her own agency, compromised though it may be.

In fact, compromise could be the key word here. Bynes was under a LPS Hold for an entire year and then under her parents' conservatorship straight up until September 2014. As soon as she was free from both of those legal shackles, she returned to the kind of behavior that had resulted in the shackles being placed on to begin with. From this, I wonder if treating her by force is not the way to go. Instead, might Bynes be more responsive to a rewards based system that gives her at least the illusion of choice? For example, instead of tricking her into a facility for an involuntary hold and gaining conservatorship over her while she's there, it might be more effective to offer to have the conservatorship dismissed if she agrees to attend sessions of her own free will. Instead of keeping her confined in a facility, it might be more effective to allow her the freedom to roam if she consents to having a therapist meet with her wherever she may be until such a time as she is healthy again.

Of course, we don't know the exact details of what methods have been used in order to approach the problems that Bynes is dealing with. All we know at this point is that whatever those methods were, they aren't working. Not only is she still suffering, but she is also lashing out angrily and erratically. This makes the treatment seem less like a benefit to her and more like a prison from which she constantly has to escape — and feeling that way is pretty much guaranteed to ensure that it won't actually help her at all. Like most people, I just want to see Bynes get better and I hate to see my former favorite All That cast member suffering like she is. If whatever the doctors are doing isn't working, then a new approach to the therapy could be just what she needs.