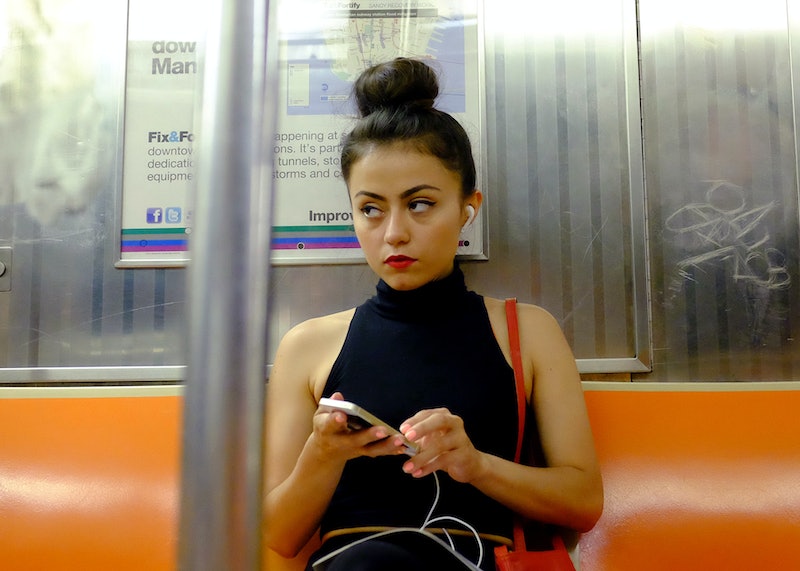 Contrary to popular opinion, a recent survey from the Thomson Reuters Foundation says that the New York City subway is the safest subway for women. In total, 6,555 women were surveyed across 16 of the largest world capitals, along with experts in gender equality and urban planning. In the end, New York ranked number one in terms of safety based on a variety of criterion, including physical harassment, safety at night, and public response to abuse. The latter criteria was based on a report that over half of New York women feel confident that someone will intervene if they're in trouble. Compare this to the fact that nine out of 10 women in Seoul, South Korea don't expect any help from fellow passengers, and perhaps the New York subway system lives up to this honor after all.

Unfortunately, the fact remains that 34 percent of the New York women interviewed for the survey reported having experienced some sort of verbal abuse on the subway. Of course, this could be attributed to the nature of the subway system in general, where hundreds of citizens are crowded together in a confined underground space. Although it's disheartening to hear that so many women have encountered instances of verbal harassment in New York, it's hard to believe that any form of transportation could protect against this form of abuse (this would require changing the greater climate of street harassment).

In fact, there's reason to believe that New York actually promotes a sense of chivalry in its transportation systems. According to the New York Times, "New York’s gentlemen do live up to cultural expectations regarding giving up seats to ladies and children," so whether you like when men give up their seats for you or think it's dated and sexist, there's that.

The Thomson Reuters survey also reported that the New York subway has a strong police presence, which includes closed-circuit TVs and emergency-communication kiosks. In addition, the MTA recently ordered 940 new subway cars that are equipped with cameras as an added safety precaution. In contrast, Delhi (which has the fourth most dangerous subway system) has had to construct women-only compartments on their trains in response to multiple reports of sexual harassment. One finds a similar climate in Mexico City, where six out of 10 women have reported being groped on the subway.

According to the study, however, no city is worse than Bogotá, Colombia. In an interview with Al Jazeera America, domestic worker Beatriz Rodriguez describes her experience with riding the Bogotá's subway system:

Public transport is a nightmare. Mobile phones are frequently stolen, and you can be a victim of harassment as I've been. [...] At first I thought what I felt against my back was a bag, but when I turned around, I realized it was a man rubbing up against me, exposing himself. It's disgusting to have to face this on your way to work.

While these incidents certainly aren't absent from other subway systems around the world, this type of behavior appears to be par for the course in Bogotá.

All of this information makes one appreciate the efforts of New York City and the MTA to ensure the safety of such a heavily populated area. Still, I'm curious to know whether a survey of subway systems in cities like Boston or Washington D.C. would yield more impressive results. According to a US News report from a few years back, however, New York still outranked both of these cities in terms of safety. In fact, New York was named the number two safest city for public transportation in U.S., coming in just behind Denver, CO.

Despite popular criticism, therefore, that the New York subway system is dark, crowded, etc., the data seems to suggest that it's one of the best in the world. Whether or not you agree with these statistics, they should at the very least cause us to consider the things we might take for granted when using public transportation, like the number of authorities available or the cameras installed for our protection. And while even New York City could do more to ward against things like sexual harassment, I for one am thankful to live in a nation whose central hub prioritizes the safety of its citizens.

More like this
How To Fight For Reproductive Rights, Based On How Much Time You Have
By Courtney Young
The Families Of Grenfell Tower Are Still Waiting For Justice, Five Years On
By Bustle UK
Windrush Victims Are Still Waiting For Compensation
By Sam Ramsden
34 Quotes That'll Inspire You On Juneteenth & Beyond
By Syeda Khaula Saad and Siena Gagliano
Get Even More From Bustle — Sign Up For The Newsletter