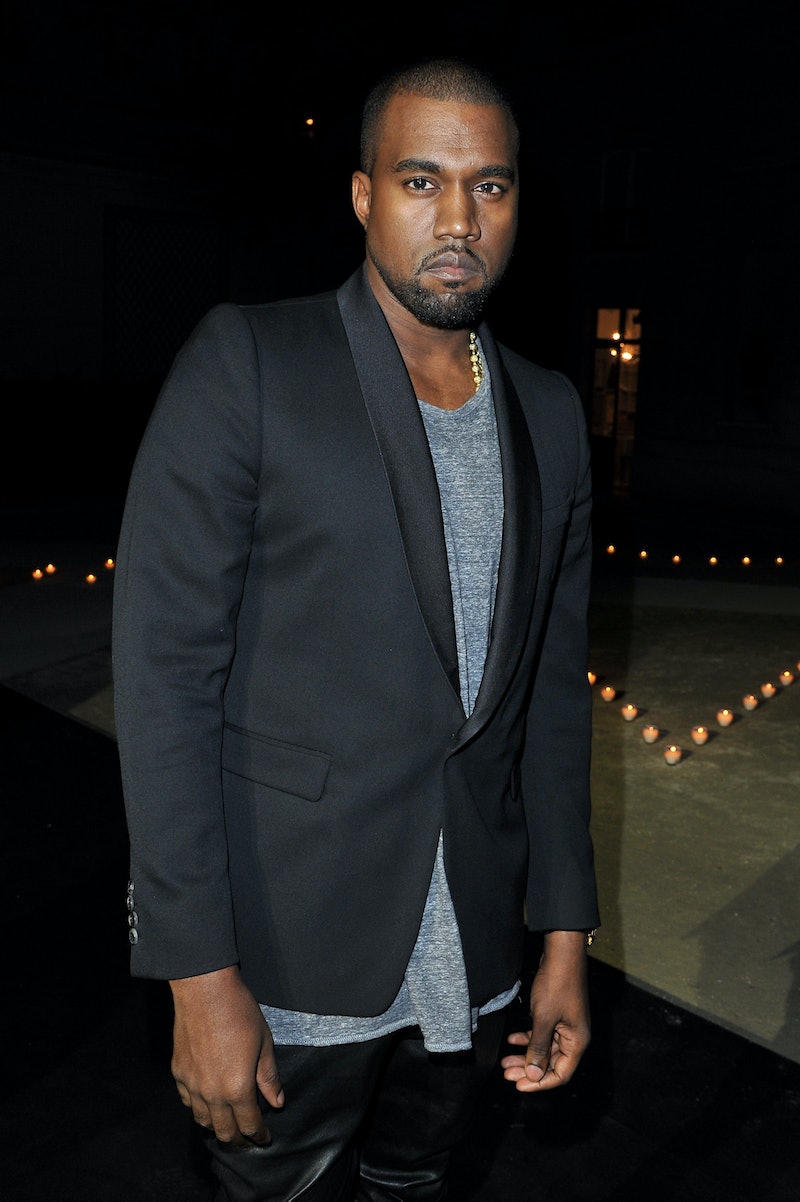 One of the most star-studded photo ops ever happened when Kanye West and Madonna snapped a selfie together at Keep a Child Alive's 2014 Black Ball in NYC. Though we don't get to see the actual selfie, Madonna posted a picture of them taking one of themselves — so meta. Kim Kardashian was nowhere to be seen, but she did post an adorable photo of North West in a skunk costume today for Halloween. Guessing she is staying home back in LA while her husband is partying it up with all his famous friends.

Kanye and Madonna have a good bit of a history, so it's not a huge surprise to see them together. He was featured on her track "Beat Goes On" and they also snapped a pic together in 2009 with his then-girlfriend Amber Rose. They've probably crossed paths more than that, especially since Kanye called Madonna the "greatest visual music artist" of all time. But now, five years later, I have to wonder what they were talking about. What prompted the photo itself? Should we expect more collaborations? Here are a few things they could have been saying to each other before and/or during the selfie process.