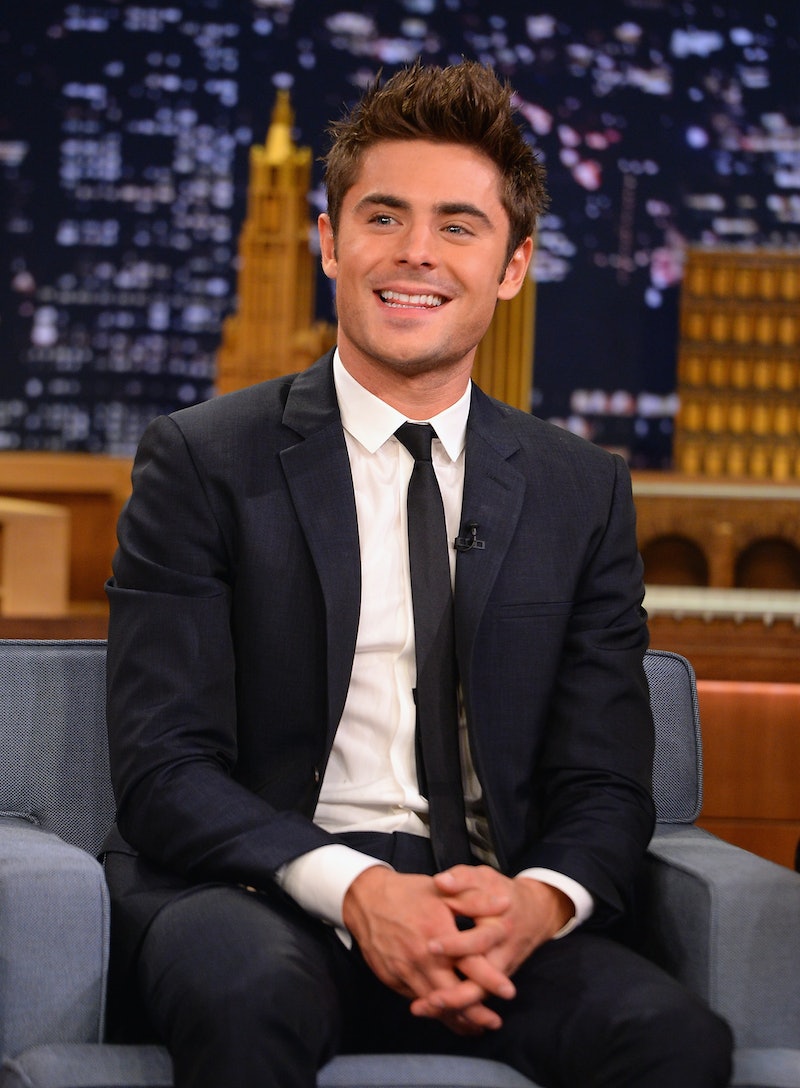 Just like the next girl, I like all of my Zac Efron news to be good news. I prefer to think of him as a good-natured young man who has overcome addiction and a Disney made-for-TV movie past to become a well-adjusted, self-aware slice of dude pie. That's why the rumors of Zac Efron allegedly being a super controlling boyfriend with new main squeeze Sami Miro are so disturbing. We may have to rethink this whole Gosling 2.0 deal.

A source who spoke with OK Magazine claims that the High School Musical star has allegedly given Miro a "catalogue of instructions" specifying how he wants her to behave as his girlfriend. The insider said that "Zac's been acting like a dictator with Miro ever since they went public. He’s micro-managing everything from diet and exercise to her fashion and beauty, and it’s driving her crazy." Not a good look, Troy. Really, really not a good look.

As a "very controlling guy" the source infers that Efron's authoritarian pattern led to the dissolution of some of his previous relationships. The most recent one who comes to mind is Michelle Rodriguez, who allegedly was driven away by his supposedly megalomaniacal behavior. Nobody should tolerate that kind of behavior, naturally, because no relationship should come with a freakin' employee handbook.

It's necessary to take this alleged report with a serious grain of salt, the same way most tabloid stories should be taken. Perhaps I'm a total sheep, but I've sorta fallen for the whole Zefron reinvention as the "guy you wanna date" du jour, and I kind of don't want to believe it. He can wiggle with the best of 'em, he manages to turn a story about balls into an endearing anecdote, and it would be nice to be reincarnated as his tie.

The idea that he may be someone so counter to the idea we're being presented with reeks of Hollywood PR sliminess. Most importantly, the hypothetical of Efron giving Miro a list of directives on how to behave, eat, dress, and act constitutes a form of emotional abuse. Such a ludicrous notion as a "catalogue of instructions" in a relationship sets up one partner as subordinate, indicating that they're naturally not good enough and need to be instructed on how to behave. Like a child or a dog. Ugh, it's just so much bad.

Remember, everyone. The best relationship is one of mutual respect and positive regard. We're all in this together.