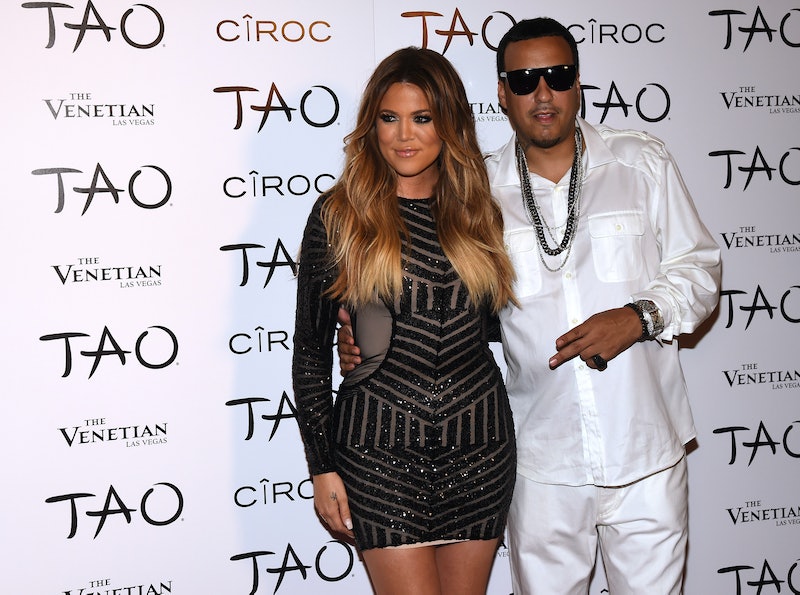 Could we soon be seeing the romance of Khloé Kardashian and French Montana part deux any time soon? Though rumors have been floating around about the couple rekindling/already having rekindled their relationship, it hasn't seemed all that likely since the two officially broke up. Apparently, though French Montana has tried to win Kardashian back for quite some time, Kardashian seems more interested in moving on — which, considering everything she's gone through with her divorce from Lamar Odom, might be the best option. However, with this new interview French Montana just gave, maybe we were all just misreading the signs: Speaking to Us Weekly at Power 105.1's Powerhouse 2014 in NYC, French Montana said the possibility of getting back together with Khloé Kardashian is there because their relationship has always been one of the on-and-off types.

"Our relationship – you break up you make up, you break up you make up," he reportedly said. "We went through that a couple times. You never know...She's my baby forever. She's good. She's the best. There's no bad blood with her. I love how she is. She inspires me as a person. I'm sure I inspire her in many different ways. We just have that special relationship. Right now we're in a special zone."

Not convinced yet? He wasn't finished: "She's a beautiful person. I don't think a lot of people know how beautiful she is... You never know, we might be together, we might not. It's a great thing to keep it in the air."

Though that last statement about how "it's a great thing to keep it in the air" is slightly confusing, it certainly does seem like French Montana is still carrying a torch for Kardashian (and hopefully isn't just name-dropping her to get attention, as he's been accused of doing in the past). Similarly, in an interview on Sway In The Morning , he said of Kardashian: "Khloe’s my baby...we’ve got a special relationship. We’re always gonna have that relationship… we talk damn near every day."

Gotta say, I can't blame him for falling so hard for Kardashian. She is the best part of every single show the Kardashian family appears in.

Anyway, as for Kardashian and French getting back together — who knows. Kardashian hasn't been seen dating anyone new (her Instagram pics recently are mostly gym photos and sister selfies), so the possibility is there, but that could also be because she's understandably taking the time to focus on herself. Whatever the case, as long as she's happy, that's the most important thing.