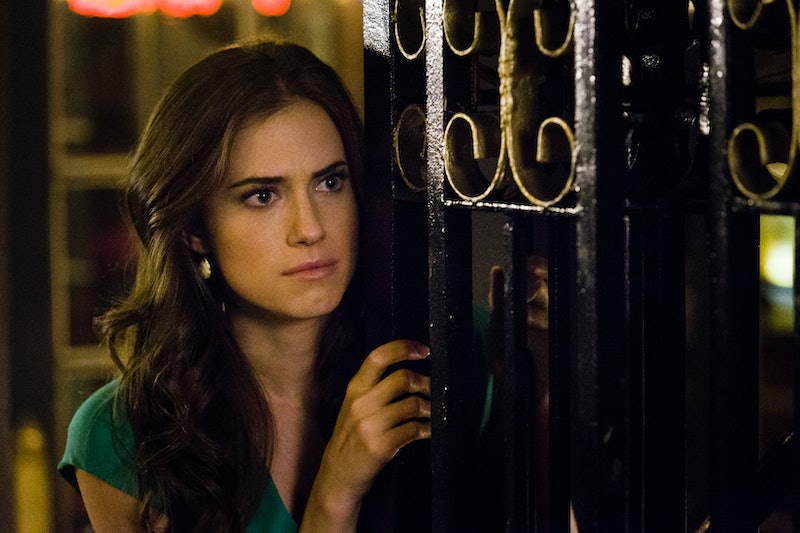 Here is a big secret about life that we need to talk about: Despite all attempts to make other people believe the contrary, no one actually knows what they’re doing. I mean, okay, that’s probably not entirely true. I suspect Bill Gates and Oprah have very calculated ways to accumulate grotesque amounts of money and make important things happen, but the average human is not Bill Gates or Oprah (at least not yet.) The average human normally grasps onto an activity, passion, or inclination and proceed to fumble around with it until their hard work starts paying off. There is no magic involved — only determination, chutzpah, and uppers (...JK. Kinda.)

Shortly after I graduated college, I (and all of my fellow grads) naturally worried about finding a job. The economy was still reeling from its disastrous fiscal crash in 2008, and we budding adult-wannabes collectively started panicking about the realities of adulthood (so then we wrote approximately 5.4 million articles about our millennial struggles —take that, world.) I remedied my career anxiety by reading memoirs (and by applying to grad school and like five million scholarships, but that is a totally different story) because what’s a better way to learn about growing up than reading about how other successful, awesome women grew up? After inhaling Tina Fey, Mindy Kaling, and Sarah Silverman’s books in like a week, I had an epiphany and it was infinitely comforting: everyone starts from the bottom (except maybe Blue Ivy — girl is like a thousand miles above us already.) Many of us have outlandish dreams we want to materialize. We all want success and happiness and all that stuff made of bright confetti and dollar signs. But all that doesn't just happen overnight.

Fey, Kaling, and Silverman (and I’m assuming Amy Poehler too, but I haven’t read her book yet) all have one major thing in common: they had no idea what they were doing, but they did it anyway. There is this part in Why Is Everyone Hanging Out Without Me? where a 19-year-old Kaling, who at this point is living in a tiny studio and bunking with a friend in New York, writes NBC a letter asking how she could submit sketches for Late Night. In reply, NBC mailed her a letter that simply said that they “could not even open an envelope” that wasn’t from an agent. Yup. Mindy Kaling was hardcore rejected by the heartless trolls of NBC (who later hired her to write for The Office.)

So you know what Kaling did? And what the rest of us should do when we’re not where we want to be yet? She faked it until she made it. And I’ll admit, “fake it ‘till you make it” is such a cloying term, but it’s annoyingly true. It’s perfectly okay to not know what you’re doing, but pretending that you do know what you're doing is one way to combat that nebula of uncertainty. Here are 9 reasons why it's not the end of the world if you don't completely have your life together yet:

If you fake it, no one will even know

I was a TA during my second year of grad school, and I decided on not telling anyone in my class that it was my first time teaching, because I thought if a room full of 30 freshmen knew I was A) in my early 20s, and B) had never put together a lesson plan, they would have lost their teenage minds and never come to class, ever. They never found out until the last day of finals, when I announced, “And thanks for being my first class ever, SUCKAS.”

Yet, if you seem confident, that’s all that really matters

I mean, no. It’s not all that really matters. But it’s a huge part of the equation. If you seem scared and useless and vying for approval, your boss will sense those shaky vibes. It’s okay to be scared and unsure of yourself. But if you don’t let others see it, you basically trick them into thinking you’ve got it all figured out.

Plenty of very successful people have been in your shoes

This is also an obnoxious thing that is said to all millennials and I know you don’t want to hear one more person tell you, “Well, Amy Poehler was 30 when she took over the world,” because who cares when you’re not Amy Poehler. And then what happens if you hit 30 and have no yet taken over anything? The point is, everyone is working on a different timeline and that's totally cool. And it helps to know that even the most successful celebrities and writers started out working their way from the bottom to the top. Unless you're Christian Slater, who took the opposite route.

A few years ago, I got my first article published on a website and I thought THAT WAS IT. I was now going to be achieve great Twitter fame and Penguin was going to beg me to sign a book deal with them and I would have be like, “LOL no guys, I haven’t even written a book yet, chill out,” and then be commissioned to write a new dramedy for HBO, but that didn’t happen. Obviously. Even when you do succeed, you have to succeed over and over again to see significant results.

And long nights, and unpaid work (usually these go hand-in-hand)

If you’re not getting paid for your valiant efforts, don't be grumpy. Many of us start off as interns, and that is the cycle of life, or something. Interning is not ideal, but you’re making connections and showing people what you’re made of (100 percent pure grit and infinite enthusiasm of course). And that you’re willing to produce brilliance for free. Make your bosses wonder what you are capable of when you’re actually paid.

Don’t settle. Settle for financial reasons, because we all need to pay the bills, but if you have the dreams of becoming a TV writer, then write when you come home from work. Or in the morning. Or on the weekend.

Not knowing precisely what you’re doing gives you the time to surround yourself with literature, art, and films, all of which is actually super inspiring and and will probably help you in your future career endeavors. Always be exercising your brainz.

Trying actually does matter, even if you fail

"Trying is all the matters" is a lie that is frequently paired with “we’re all winners!!” We’re not all winners. Some people fail. You might fail. And that sucks, but do know that you have more control over your life than you know. So trying isn't all that matters, but it definitely matters a lot. Fate is a neat thing to believe in, but ultimately, you do ~*~control your destiny~*~. Make shit happen.

You do have your whole life, you know

Please don’t be sad that your manuscript wasn’t published. Or that you just went on an interview and didn’t get a call back. Because if there is one thing you can depend on, it's time (although there really isn't a whole lot of it, so do use it wisely.)