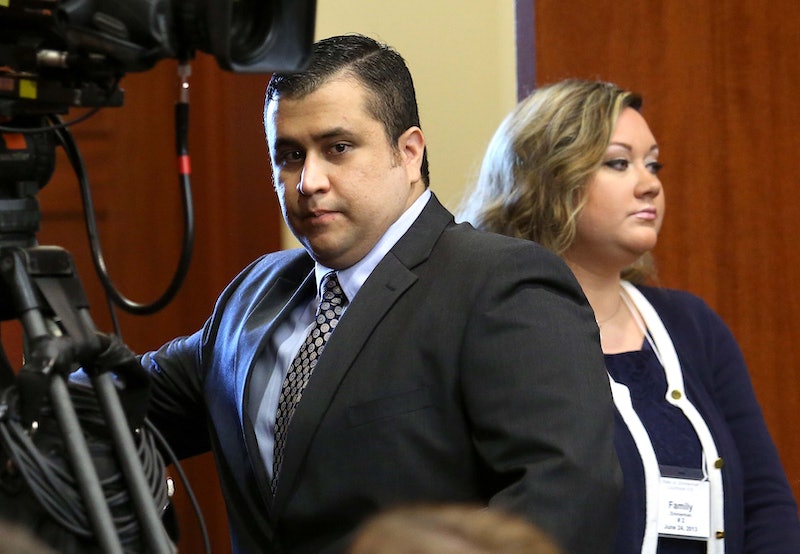 If you’ve been anxious over the lack of George Zimmerman news over the last 12 hours, fret not: Word broke today that Zimmerman’s wife, Shellie, has filed for divorce.

The news isn’t exactly a surprise; Shellie expressed serious doubts over her marriage in an interview aired on Good Morning America last week.

“I’m not going to answer that,” Shellie said when asked if she and George were still together. She did express her desire to “have children and stay married,” but added that she was “going to have think about" whether she wanted to do that with her current husband. She also hinted that the couple’s post-trial lifestyle had started to take its toll on the marriage.

"I think we have been pretty much like gypsies,” Shellie said in the same interview. “We've lived in a 20-foot trailer in the woods, scared every night that someone was going to find us and that we'd be out in the woods alone and that it would be horrific.”

When George was charged with murder for the 2012 shooting of Trayvon Martin, Shellie got wrapped up in the madness as well, testifying about the couple’s finances during the bail hearing. She later pled guilty to lying during this testimony, netting herself a year’s probation and 100 hours of community service. She also had to write a letter of apology to the judge, which seems sort petulant on the judge’s part, but never mind.

Also worth noting is that while Shellie was in constant attendance during George’s trial, he didn’t show up to hers. This led her feeling “very much alone,” according to the GMA interview.

This is the second piece of bad news in the last day for George Zimmerman: Yesterday, he was given a $265 ticket yesterday for doing 60mph in a 45 zone. That wasn’t even the first time he’d been pulled over for speeding since his July acquittal; this time, however, he didn’t have a gun in his glove compartment.