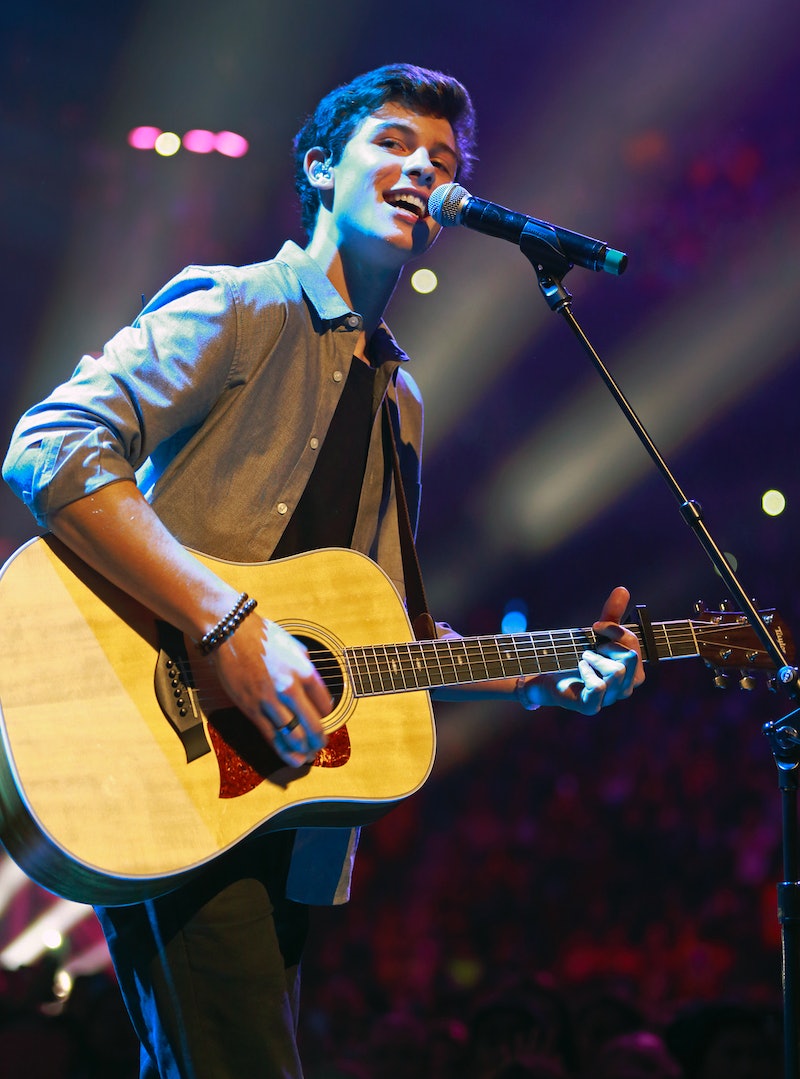 Forget Justin Bieber and get to know Shawn Mendes. Though the two musicians are totally different, they are both Canadian, got early starts in the business thanks to the internet, are signed to Island Records, and have one major person in common. Mendes is opening for Taylor Swift's 1989 world tour next summer and Bieber, well, you know that Selena Gomez history.

Mendes was was also discovered thanks to a Vine video cover of Bieber's "As Long As You Love Me" in August 2013, and by July 2014, the 16-year-old's debut EP hit No. 1 on iTunes in just 37 minutes. He has an astounding 3.3 million followers on Vine and over 2 million on Twitter now, and his piano-driven pop song "Life of the Party" attracted fellow teen favorite Austin Mahone to invite him on tour this summer. It's huge for Swift to have him open for her on such a big tour, and it will expand his fan base to plenty of loyal Swifties. Before he embarks on the 1989 tour next summer, he is dropping a single titled "Something Big" on Nov. 10. Looks like everyone has six months to learn all of his songs. (Plus all of Vance Joy's music, a.k.a. the Australian indie-folk singer also opening for T. Swift.)

Check out some of Mendes' music below, including a Swift cover and his own original music.