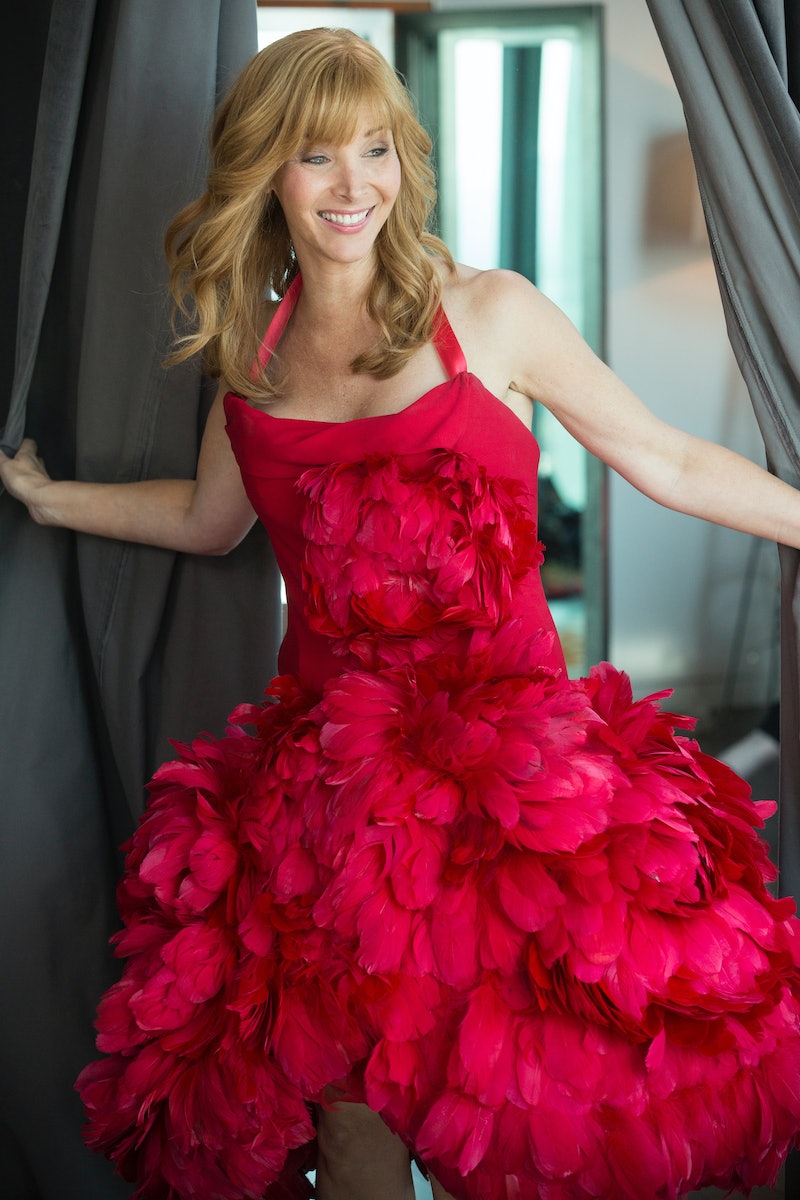 Have no idea what I'm talking about? Don't worry, you're not alone. There's a reason The Comeback was cancelled by HBO after one too-short season: nobody watched it. Thankfully, in the years since, it has attracted more notice, cultivating a fervent fan base and being retroactively placed on many "Best Of" lists. (Four years after its cancellation, Entertainment Weekly named it one of the "10 Best TV Shows of the Decade" alongside such modern classics as The Wire and, yes, Arrested Development. They even called it "the most brilliantly brutal satire of reality TV ever captured on screen.")

So, for the uninitiated, a quick rundown of The Comeback: The series centers around Valerie Cherish, played by Kudrow. She's a washed up former sitcom star who, over a decade after her peak, is cast on a pair of new shows. One is a traditional multi-cam sitcom, called Room And Bored; the other is a reality program that follows her around 24/7, documenting her return to television. Throughout the season she struggles with being an aging woman in a youth-obsessed industry, and she frequently clashes with the show's misogynistic writer Paulie G.

In Season 2, Valerie is cast in an HBO show written by her old nemesis, Paulie G. called Seeing Red. It's a barely-fictionalized account of his experience on Room And Bored, and Valerie plays a thinly-veiled version of herself named Mallory. Hilarity, undoubtedly, will ensue. So, in preparation for The Comeback's comeback, here are 10 reason why it's the best show you never watched.

1. It introduced the world to Valerie Cherish...

3. Room And Bored was the best worst show

The Comeback itself may have been a pitch-perfect satire of reality TV, but Room And Bored was just as effective at skewering network sitcoms. The lowest-common-denominator humor, the talentless-but-pretty actors, the nonsensical plots that inevitably ended up with somebody naked... what's not to love?

The future Trophy Wife star played Juna, the naïve star of Room And Bored, who Valerie took under her wing and called "baby girl." The show also starred future Twilight hunk Kellan Lutz as another cast member of the fictional sitcom.

5. It even has a Scandal-ous connection

6. Valerie was terrible at everything, like flying on airplanes

Valerie was always blissfully unaware of just how bad she was at pretty much everything. Apart from her over-the-top, hammy acting choices, the actress was also unaccustomed to federal aviation regulations, magazine photoshoots, and basic traffic laws like, "Don't run into the car in front of you."

7. She was equally terrible at filming a reality show

But perhaps the thing Valerie was the absolute worst at was filming her own reality series. She never seemed to grasp the concept that the cameras would always be rolling. She was forever asking for time-outs and deeming specific moments "unusable." Thank goodness for her producer's unwillingness to comply, or we would have missed some of her most painfully awkward moments.

8. Valerie has the most fabulous hairdresser of all time

Meet Mickey Deane. He's been Valerie's hairdresser/assistant/punching bag since her sitcom heyday. He's loyal, he's hilarious, and he's willing to take his employer's crap — just don't tell anyone he's gay. (I mean, it's a fact that's painfully obvious to anyone within a ten-foot radius, but he somehow thinks is a little-known fact.)

10. And, of course, Valerie's catchphrase

Aunt Sassy may not need to see Malin Akerman and Kellan Lutz making out, but I certainly need to see more Aunt Sassy. Bring on Season 2!

More like this
The First Trailer For 'That '90s Show' Includes So Many Nods To The Original Series
By Jack Irvin, Alyssa Lapid and Grace Wehniainen
'Gilmore Girls’ Lauren Graham Just Revived Our Hopes For A New Reunion
By El Hunt
Evan Peters Decompressed After 'Dahmer' By Watching This Will Ferrell Movie
By Grace Wehniainen
'Bel-Air' Season 2 Finally Has A Release Date & A New Trailer
By Brad Witter, Kadin Burnett and Sam Ramsden
Get Even More From Bustle — Sign Up For The Newsletter