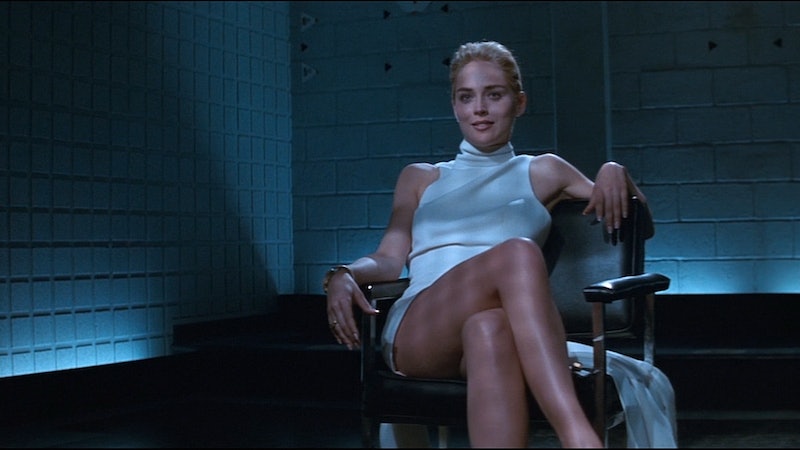 You figure, there has to be a middle ground and it really makes you wonder, Carrie Bradshaw-style: what kind of sexy films are out there for ladies? Because as someone who sat through four boob-filled episodes of American Pie, most sex-filled romps cater to sophomoric menfolk.

Surveying my friends also felt like a dead-end, as they were likewise baffled about the concept of intriguing sexy films that could appeal to their tastes. I asked one for suggestions and she was like, "Um, Good Luck Chuck?" I died a little inside. Clearly this is a multi-layered struggle.

And in honor of the struggle, I painstakingly collected eight sexy films that are on Netflix RIGHT MEOW. Some well-known classics, some skirting on the darker fringes of erotica, some that are honestly just favorites of mine. All of them worth checking out.

Look. I don't judge. If you want to take your Mean Girls obsession to the next level — and that next level includes a dark and sophisticated affair with Regina George — this is probably the film for you. She looks sexy with her hair pushed back, and she's much more dangerous than slander in the Burn Book.

You definitely don't want to get this one mixed up with the Disney version when baby-sitting your little cousins, it's a bit more depraved than that. Basically the doll-like Love does this very specific type of sex work where she takes a drug to sedate her and has clients do things to her while she's asleep, although she makes it clear that there's a no-penetration rule. Huh. If you're into something weird and more-than-a-little bit creepy it's a good match.

Again, not to be confused with the adorable 2010 rom-com with Amy Adams. Very, very different movies, beginning with the fact that this one is entirely in Spanish and features a 25-year-old journalist feeling despondent with her life until she enters an intense sexual affair with a man named Arturo. Basically if the previous two movies weren't disturbing enough for you, you think Fifty Shades of Grey is child's play, and/or you have enough 11th grade Spanish to get by, this should be worth watching.

A coming-of-age story of a 17-year-old call-girl undergoing a passive sexual awakening. It all feels very French.

Decidedly campy, but still has an air of retro sexiness that can't be wiped off. Sexual warfare has that affect. While it's by no means straight-up pornography, the interactions between step siblings Kathryn and Sebastian are next level steamy. They tap-dance on that taboo well, I have to say.

It's a David Lynch movie, so inevitably, you're going to sit through a lot of stilted weirdness and pastiche mixed with sporadic jolting shocks. It's a lot to deal with it if you're not familiar with the style, it's even a lot to deal with if you became a huge fan of Twin Peaks last Thursday. Regardless, if you sit tight you'll definitely witness one of the most beautifully shot lesbian love scenes in history. So there's that.