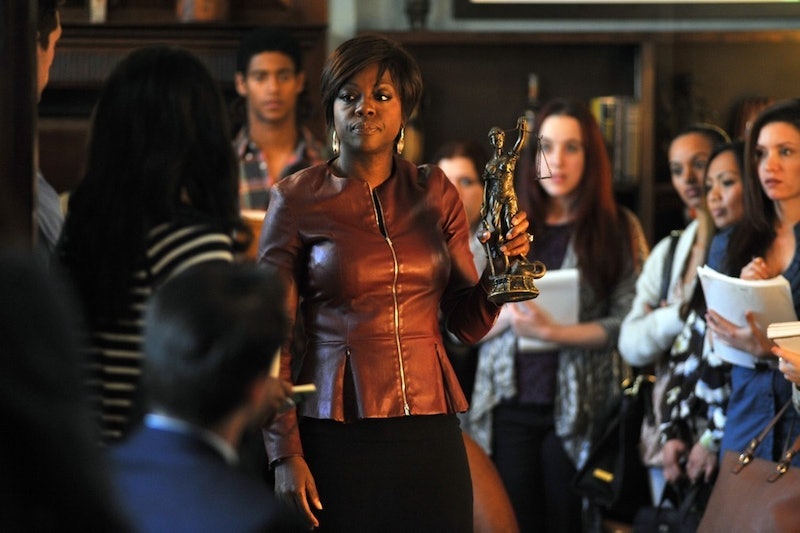 While it seems like we are making progress on one of the murders on How To Get Away With Murder , Lila Stangard's murder has remained a mystery. Rebecca looks pretty good as Sam Keating's murderer, but I'm not sure she could have also killed Lila — someone she says was her friend, despite what people say. When we learned that Sam could get in trouble for having an affair with Lila, courtesy of the peen picture on her phone, it looked like he might find himself in court. But Annalise worked her magic and was able to frame Griffin and Sam walked free. But now that Lila's body has been exhumed and had a second autopsy performed by the medical examiner — and it was discovered that Lila was six weeks pregnant when she died — is it possible that Sam actually did kill Lila?

First, I am not claiming to know anything about medicine, but I find it very hard to believe that a good medical examiner didn't realize a murder victim was six weeks pregnant. I feel like that's something medical professionals check no matter what, even if you come in with a sprained ankle. I doubt that fluke has anything to do with the plot, but come on, let's get some qualified staff members in the morgue ASAP.

Bonnie was the bearer of bad news on Thursday's HTGAWM. Bonnie — who is definitely up to something — got a call from her friend at the morgue (life lesson: one should always have a "friend at the morgue' because you get the dirt first), saying that the marks on Lila's neck — which could have been Rebecca's nail marks — were actually bug bites. Gross, but not bad news. Well, that wasn't the bad news. The bad news is that Lila is six weeks pregnant and — while no one said it, yet — I'll come out and break the ice, it was probably Sam Keating's child.

So does this change anything for Sam? Uhm, YES. First of all, that weird interaction between (no-longer) Detective Nate and Rebecca at the convenience store definitely pointed toward Nate knowing something we don't know about Sam being involved in Lila's death. Also, this definitely gives Sam a motive to kill Lila. He doesn't want her to come out with the fact that she was pregnant — as it looks like she wanted to in the preview (more on that in a bit) — so he killed her.