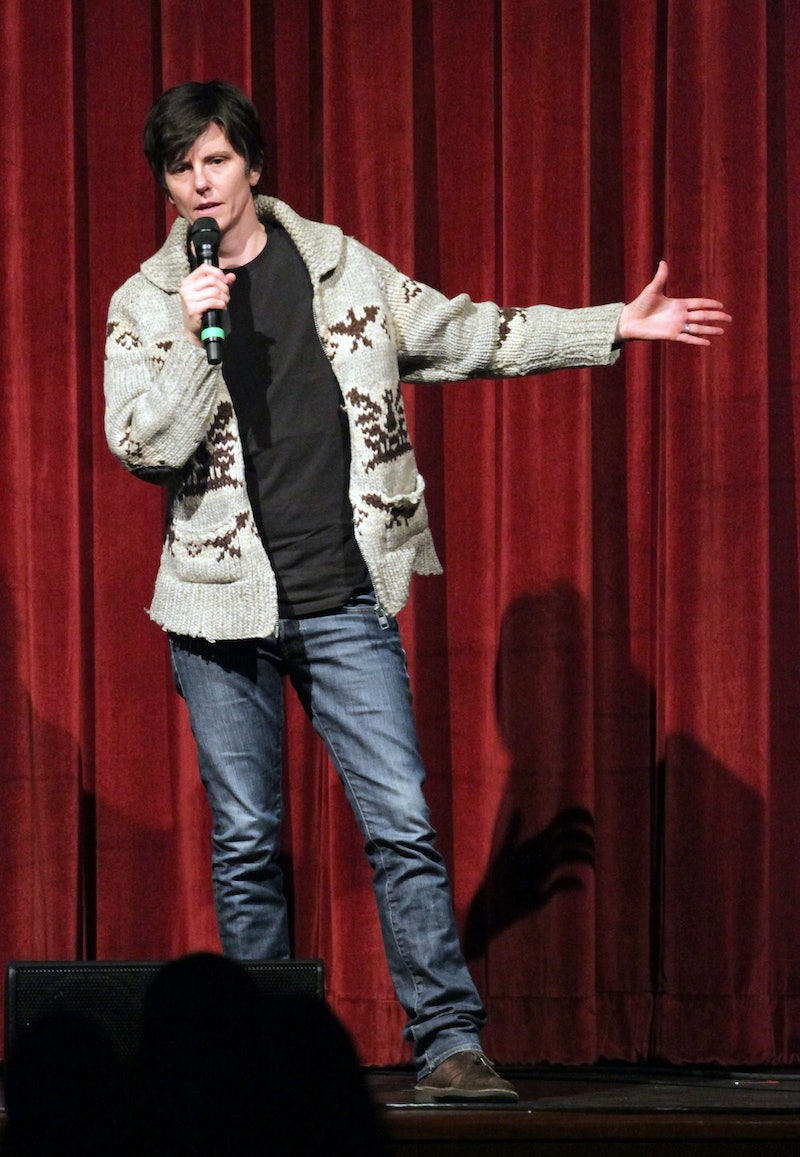 In 2012, Tig Notaro, stand-up comedian and awesome person, publicly revealed that she had breast cancer. The bitingly honest, funny, and personal announcement was, according to the New York Times, the greatest set Louis C.K. had ever witnessed. So last night, when Notaro ripped off her shirt in front of the entire New York Comedy Festival crowd at The Town Hall, her statement about the female body and gender norms became that much more brazen and powerful.

At last night's show, Notaro shared an anecdote about being patted down by a female airport security guard who was clearly skeptical about whether she was a man or woman. Notaro said, “She didn’t feel any boobs, and she didn’t feel a bra. She looked up at my face, and really drank it in. Apparently that didn’t help.” As soon as she finished her story, someone from the audience let out a loud, “Whooo!” Because apparently a comedian’s (quite honestly traumatizing) experience with an ignorant airport employee calls for a catcall. We really just have no chill anymore, do we?

Anyway, Notaro handled it like a boss. She asked, “Did you not hear the story I was just telling?” Apparently not, but whatever. Notaro then said, “You know it’s funny. I was going to do this show with my shirt off, anyway. I’m about one more "Whooo" away from going topless.” The audience laughed, because ha ha, topless. But then Notaro ACTUALLY went topless. She quickly tugged her shirt off, and resumed the rest of her set without it, baring surgical scars and all.

The New Yorker compares this to the infamous anxiety dream we all have at some point in our lives: that we’re in front of a lot of people, and we’re naked. Notaro, in a sense, combats this fear (as well as the person who catcalled her) by actually getting naked in front of a lot of people. And unlike Keira Knightley’s recent “no Photoshop" topless photo, this act was actually brave (because no, I don't really think a celebrity's choice to do a topless shoot is really all that brave, Photoshop or no.) As a woman who already faced judgment from others due to her androgyny and the removal of her breasts, Notaro’s statement was one unapologetically fueled by her desire to combat normative gender aesthetics and roles, as well as her own fear of cancer. And that is 100 percent pure courage.