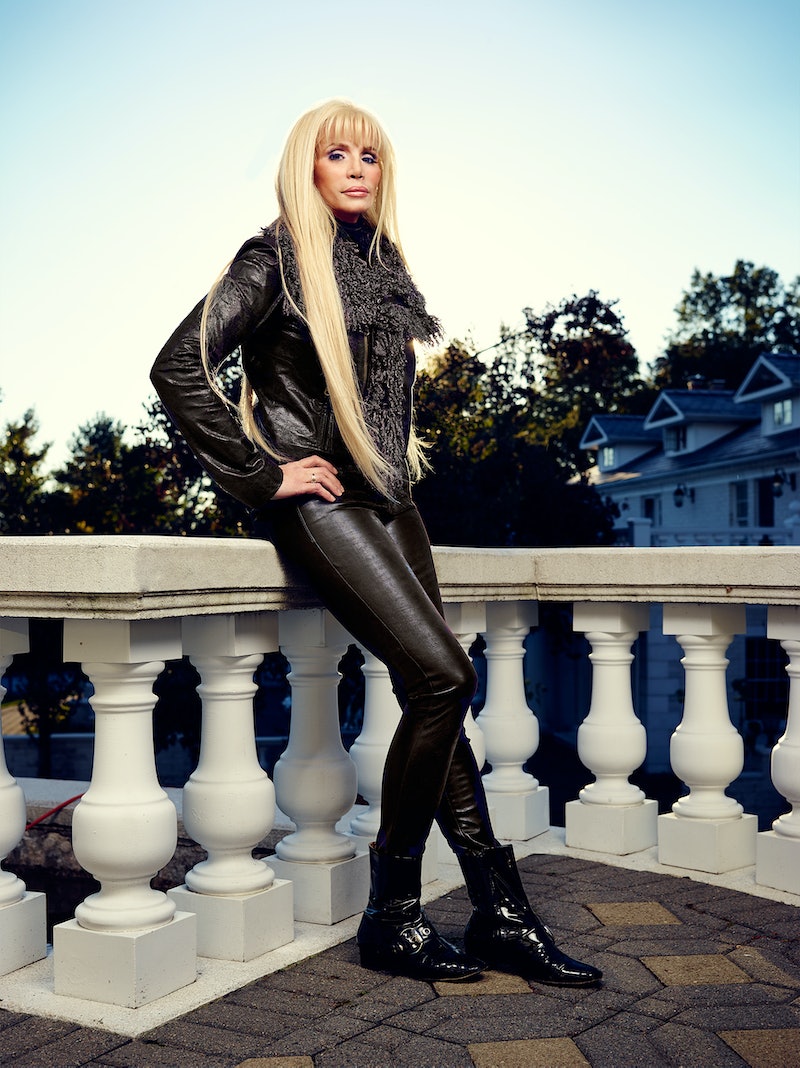 Think back to the year 2004. Harold and Kumar Go to White Castle and The Village were on top at the box office. Usher's "Confessions Part II" and Juvenile's "Slow Motion" were all over the radio. And A&E debuted a new reality show, Growing Up Gotti, chronicling the exploits of Victoria Gotti and her sons, Carmine, John, and Frank. If that third thing isn't as crystal-clear in your mind as the other two — or if you have good memories of the scant 41 episodes that aired — A&E will show a retrospective, Growing Up Gotti: 10 Years Later , on Nov. 10. But just why were the Gottis famous enough to have a reality show in the first place?

Not that someone needs to be notable in order to have a reality show in this day and age. But remember that this was the summer of 2004. The Simple Life with Paris Hilton and Nicole Richie had just premiered the previous December. It was two years before the Real Housewives and three years before Keeping Up with the Kardashians. It was a lot harder back then to be famous just for being famous.

So, then, what makes Victoria Gotti and her sons reality TV-worthy?

Victoria Gotti is most famous for being the son of John Gotti, a mob boss and head of the infamous Gambino crime family. It's possibly from her father that Victoria got her love of publicity, as John Gotti was no stranger to the limelight. "Traditional Mafia leaders led publicity-shy lives. Not so Mr. Gotti, who reveled in media attention as the boss of the nation's largest and most influential organized crime group," the New York Times wrote in his 2002 obituary. "He cut a colorful figure in New York City, wining and dining in elegant restaurants and nightspots surrounded by a coterie of bodyguards." If reality television existed back then, you better believe John Gotti would've had a show.

He had plenty of tabloid attention, which was the equivalent of being a reality star back then. The media called him "The Teflon Don" — because criminal charges would never stick to him — or "The Dapper Don," because, obviously, he was a snappy dresser. (No word on his opinion of long, blonde hairdos and perma-tans.)

John Gotti was no stranger to having beef, either. As a mob boss, it kind of comes with the territory. But John Gotti was eventually betrayed by Sammy "The Bull" Gravano, a fellow mobster who became a witness for the government in 1992. John Gotti was convicted on murder and racketeering charges and given a life sentence without the possibility of parole. In comparison, Victoria Gotti's dust-up with the Real Housewives of New Jersey seem like nothing; nobody went to jail for that one.

John Gotti died in prison in 2002, at the age of 61. In the end, it was cancer that took his life. But it seems he has left a media-loving legacy as his family prepares for their return to TV. Maybe they'll even leave the door open for Growing Up Gotti: 20, 30, or 40 Years Later.