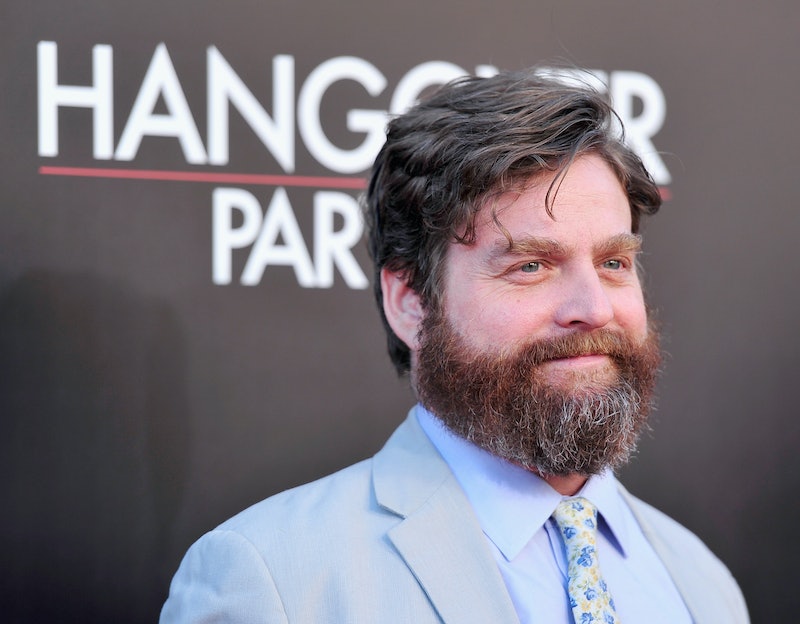 According to the report, Galifianakis skipped out on attending the Toronto Film Festival — where he was to promote his new film, You Are Here — to be with his wife of one year, Quinn Lundberg, as she is close to going into labor. "[Zach] missed the premiere because his wife is very pregnant and about to give birth and he did not want to take the chance of not being in L.A. if she went into labor," You Are Here (and Mad Men) director, Matthew Weiner, explained.

So why did no one know about this pregnancy? It seems like a feat for a celebrity to keep anything a secret in this day and age, what with TMZ somewhat akin to the Big Brother that George Orwell imagined in 1984, but a source close to the couple explains that they really kept the pregnancy quiet: "They have been keeping the baby a secret ... they tried as soon as they were married. Zach is going to be an amazing father. They are looking to get a bigger place down the road."

No word yet on if Lundberg is in labor, but it appears that Zach Galifianakis is definitely going to be a father soon. Congrats to the couple!