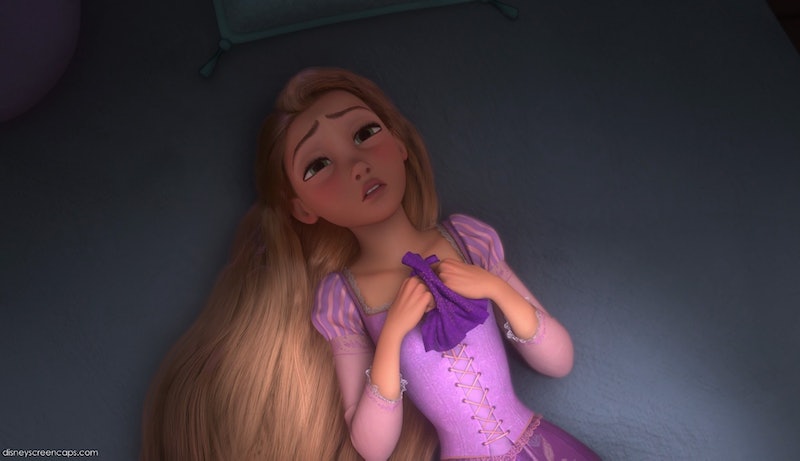 Listen, my love of Disney movies is about as Basic as Basic gets, to a point so delusional that I have moonlighted as Disney princesses for children's birthday parties, themed grown-up parties, and dressed up as a Disney princess for pretty much every Halloween in college. I know all the songs and can mouth every cliché line and have accidentally littered several innocent people's homes with the glitter that has fallen off my princess dresses. However, I am not blind to the many pitfalls of being a Disney princess. They've all got some growing up to do, and I totally understand that it's hard to be completely perfect when you've got an entire fictional kingdom watching your every move. Regardless, there are plenty of lessons that Disney princesses should have learned by now.

Before I accidentally set off a #NotAllDisneyPrincesses trend on Twitter, I will preface this article by saying that there are plenty of exceptions to the rules. We have had a few kick-ass Disney princesses in our time, and hopefully in the next few years we'll see more. But in my years of marathoning movies while I bake and basically reinforcing every stereotype everybody assumed about me, I've noticed that in general, they could all take a hint by paying attention to these key things next time (you know, just in case there are more sequels):

It's like a person without a driver's license declaring, "I'm going to join a live television broadcast NASCAR race without permission!" You are in over your head. Unless you're an Elsa type who was gifted with said magic in the first place, stop sniffing your nose in places it shouldn't be, Merida and Ariel. You're giving redheads a bad name.

Invest In A Good Pair Of Pants

Mulan and Jasmine were totally on board with this ship, but the rest of you – I mean, seriously Anna, did you just trudge up an entire icy mountain in a dress? I think we'd have a little more mobility and a little less getting caught by nefarious villains if they all just picked out a nice pair of jeans for occasional daywear.

As a general rule: if someone is cackling, muttering terrible things to themselves, and/or has a shadow that moves of its own free will, that someone might have bad intentions. JUST SAYING.

Not just animal sidekicks. As cute as they are, they're significantly less likely to say all those helpful things a girl needs to hear – for instance, "Hey, that lip gloss doesn't match as well now that your magic hair has turned brown," or, "Girl, I'm gonna be blunt, you've got something called Stockholm Syndrome and we're done here."

Do you know how many problems you could have avoided if instead of singing about your problems you just pushed the magic orchestra that started playing whenever you opened your mouth aside and told someone how you really feel?

If you're a Disney princess, your parents have like a 25% chance of both being alive when your movie starts, and an even lesser chance of making it all the way to the end. Preventative action is required. Lock your parents in a bulletproof, soundproof room underground and problem solved.

Beware Of The Word "Step"

Stepmother. Stepsister. In the real world they are often quite pleasant and fun, but wise up, friend, cuz this isn't the real world. This is Disney. And anyone whose name starts with "step" is at all times three seconds away from ripping out your eerily well-maintained hair.

If he's not lying about being a prince, he's trying to take over your kingdom or using you as a mule to illegally sell a stolen tiara or imprisoning your father or making out with you while you sleep or completely ignorant to your advances or stealing your shoes or need I go on?

Dip A Toe In The Pool Before You Jump

I get it, most of the Disney princesses are in their late teens/early twenties, and we're an impulsive bunch. And as great as it is to be spontaneous every now and then, maybe next time we make a pros and cons list before giving up our tail to a sea witch or following a complete stranger out of our tower, hmmm?

Find Validation Somewhere Other Than A Dude

I know, I know. #NotAllDisneyPrincesses. But even with all the sisterly love in the most recent Disney movie Frozen, it totally ends with Anna's need for love ultimately fulfilled by a dude-bro, and that's only after she almost let her first guy kill her and her sister. So we aren't exactly making enormous strides from the Snow White/Cinderella/Sleeping Beauty days.

Most of our princesses didn't get sequels (or if they did, they were direct-to-video and I am not counting it), so we don't really know what their post-dramatic romance lives are like. I imagine, though, that once the honeymoon phase is over, their lives get rather droll. And when things in Disney get boring, princesses get an itch to do something stupid. A support group with all the princesses as a sounding board for each other might help. Or make everything exponentially worse.

More like this
20 Christmas Movie Quotes That'll Get You In The Holiday Spirit
By Alexis Morillo
How The Thanksgiving Episode Of 'Gossip Girl' Changed Pop Culture History
By Gabrielle Bondi
You Definitely Know The Voice Of Shuri's AI In 'Black Panther: Wakanda Forever'
By Brad Witter
This James Bond Event At Abbey Road Studios Was A 007 Fan's Dream
By Samantha Rollins
Get Even More From Bustle — Sign Up For The Newsletter