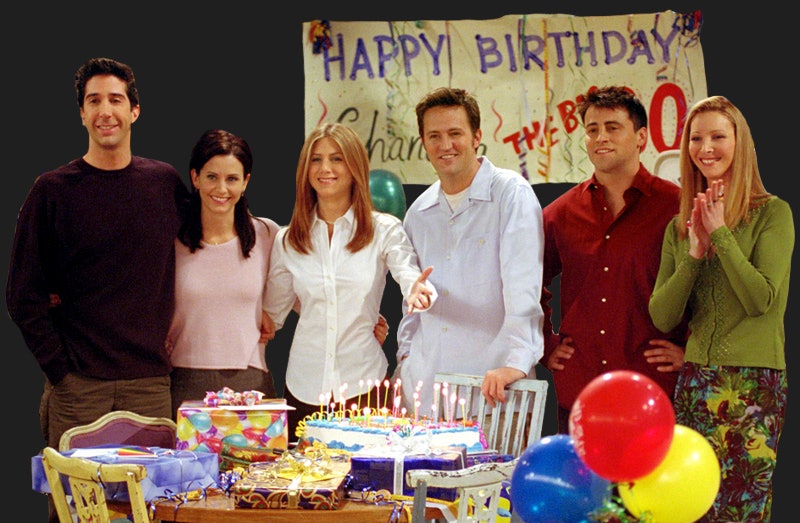 When you were a kid, the idea of becoming a 30-year-old was a totally abstract concept, like being elected president of the moon (a job that you assumed you would probably have by the time you turned 30). Even when in your early 20s — a time when you spent most of your free time trying to scrub the red wine stains out of your clothes/hair/ soul—it seemed reasonable to imagine that by the time you turned 30, you'd be a healthy, wealthy, responsible, real estate-owning married parent, who was viewed as a pillar of her community and never ate Pop Rocks for breakfast. I mean, that's just how 30-year-olds are, right?

But as you start rounding the bases of your late 20s, something changes. Abstract ideas about how 30-year-olds act turn into concrete expectations about how you, the almost-30-year-old, should be living your life. Buying a house or having a baby are no longer cool things you might want to do one day, when you have the money/ time/ inclination to watch Yo Gabba Gabba! for 16 hours every day; they're achievements that you feel like you need to get to work on right now, lest you be left behind as all your friends march down the Road to Adulthood.

But as real as the pressure can feel, you don't need to scramble to pull together a life that resembles some other person's idea of how 30-year-old should live. Turning 30 can bring a lot of welcome changes into your life — you have less time for everyone's bullshit, you spend less time stressing over ambiguously-worded text messages, etc —but you don't actually have to change at all just because you've been able to legally drink for nine years. And you definitely don't have to turn into a home-owning, design blog-loving, career-oriented, marathon-running married mother, especially if that's not actually what you want to be. Read on, and find out why owning a home, having a baby, or picking dog fur off your tights every day are not signs that you're doing 30 correctly. Here are nine things you thought you would have by age 30, but it's totally OK if you don't.

The Myth: Nothing says "legitimate adulthood" like owning property. The stability! The taxes! The opportunity to devote at least nine weekends a year to cleaning out your gutters! If you truly had your act together, you'd own your own home, or condo, or some other square-ish space that you can live inside, by 30, right?

Why It's Fine If You Don't: Hey, if you can afford a house at 30, mazel tov. But if you can't, don't agonize about how you've failed as an adult. Culturally, we view property ownership as a maturity ritual, one that shows that you're sensible, thrifty, and trustworthy enough to not accidentally burn down your house by toasting Hot Pockets while you're drunk. But once that maturity-related high wears off, you're left with the reality of property ownership: it's just a financial investment. And an investment that's not the right choice for every person at 30 — owning a home can decimate your credit score, tie up all your cash, and keep you from using your money towards other goals, like going to school, starting a business, or finally buying that life-size Beavis and Butthead sculpture that you've always wanted.

The Myth: Real adults have homes filled with flawlessly created craft projects and charming shabby-chic bedroom furniture and light-colored couches that no one has ever spilled Diet Coke on.

Why It's Fine If You Don't: Again, if you've spent your broke years making crafts out of toilet paper tubes and re-purposed wrapping paper, or if you've been saving up for an Eames chair since your senior year of college, then of course you'd make upgrading your home decor game a priority as soon as you get some cash. But if you've spent the past decade happy with a futon and a dining room table that you found on the street, turning 30 won't make you a crafts fanatic — and faking it won't make you happy. If you really feel bad about it, buy yourself a nice bed —a home investment that I truly believe no one ever regrets — but honestly, don't feel bad about it. Home design is expensive, most crafts projects end when you accidentally superglue them to your kitchen counter, and someone spilled a Diet Coke on that beautiful light-colored couch you're looking at 30 seconds after that photograph was taken.

The Myth: on your 30th birthday, a chip implanted deep within your brain goes off and leads you to get married immediately and be happy forever after — unless you're, you know, a defective human being.

Why It's Fine If You Don't: Hey, marriages are great, and without wedding receptions, you'd have almost no opportunities to see a drunk grandma dance to "Sweet Home Alabama" in any given year. But marriages aren't necessarily a sign of maturity, or a short cut to stability. In the past, marriage was the way that young adults showed that they were ready to take on adult responsibilities, like homes and serious jobs — and lots of folks got married to people they didn't know all that well, just to get a piece of this perceived maturity. (If you want to know how well that ended up for most people, ask some of your parents friends who were around in the '60s and '70s). But considering that almost nothing, from having a good job to having a baby, must be tied to being married these days, there's no reason to feel like you're missing out if you're just not ready to be married. Save it for when it feels right, rather than as some kind of inoculation against feeling like a loser.

The Myth: Babies complete you, and show that you're mature, and make you more mature, and are key to having a really entertaining Instagram feed.

Why It's Fine If You Don't: If houses and marriage aren't one-size-fits-all requirements for entry into the arena of 30-something adulthood, then babies definitely aren't. If you're ashamed that your biological clock seems to have a permanent snooze button, don't be — nowadays, 20 percent of all women never have kids. And if you're freaked that wanting a kid eventually but not being ready right now makes you a freak, don't — today, 15 percent of first children are born to women over 35 (a jump from the 1 percent of first children born to women over 35 in 1970). Having baby doesn't make you a mature grown-up, not having a baby doesn't make you an irresponsible slacker, and 30 is not the cut off to have decided either way.

The Myth: OK, fine, you can't get it together to have a baby. That's understandable, put that one off for a little bit. But you at least thought you'd have a dog, right? They're just like babies that poop outdoors!

Why It's Fine If You Don't: Getting a dog is often presented as a minimal adult commitment — cue your most annoying older relative's "it's like training wheels for having a baby!" sales pitch. But dogs actually require more money, energy, and time than you think. The annual costs of caring for a dog fall between $1,000 and $2,000, and that doesn't even take into account sudden and unexpected medical costs; dogs also require massive time commitments, from hours every day for walking and care, to the 15-year life expectancy that many dogs have. So if you've always dreamed of dog ownership, sure, being older can finally give you the time and stability to care for a dog; but there's no shame in admitting that you don't have the time, money, energy, lifestyle, or inclination to share you life with a slobbery little fuzzball who needs your help to poop.

The Myth: Surely by 30, you'll be at the top of your field, with an army of assistants and interns and sycophants who are always ready to praise your genius ideas or get you a latte.

Why It's Fine If You Don't: Of course, everyone wants to be doing as good a job in their career as possible. But not all career paths proceed at the same pace, or unfold in the same way. Lots of us decide to switch careers, go back to school, or leave the full-time paid work force for a little while — moves that might leave us feeling like losers when we realize that we're 30 and still have to fetch our own lattes, but moves that will be right for us in the long term. Careers are a long game, one in which the average person switches careers a few times in their life. Sticking with a job you don't love at 30, because it seems too scary and unstable to start at the bottom of a new career you'll ultimately like better, isn't adult — it's a recipe for feeling miserable at 40.

The Myth: That's what most of that other stuff was about — the home decor, the house, the ideal career. Those things are all important because they are signs of the #1 most important sign that you are a real adult: you have a ton of money.

Why It's Fine If You Don't: Money is cool (duh). But lots of money isn't a sign that you're a mature adult, or a competent person, or a good person, or good at your job. It's just a sign that you have a lot of money. If you don't believe me, go flip through Rich Kids of Instagram for 20 seconds and get back to me.

8. AN UNDERSTANDING OF HOW GROWN-UP THINGS WORK

The Myth: As a 30-year-old, you'll suddenly have a deep and mystical understanding of how all of life's most confusing systems operate. Like your 401(k). Or your health insurance. Or tax forms.

Why It's Fine If You Don't: For starters, you actually probably understand more of this stuff than you think you do. But also, no one understands this stuff. If we did, we wouldn't need to hire a highly trained professional every year just to explain to us that we can't deduct the cost of our Netflix subscription on our taxes. This is specialized knowledge, and while picking some of it up might make your life easier, it has nothing to do with maturity. Seriously, even if you accidentally made your dog the recipient of your 401(k) in the event of your death, you're doing alright.

9. AN INTEREST IN RUNNING MARATHONS

The Myth: One day around your 30th birthday, you are replaced by a pod person who loves to run marathons, triathalons, and 5Ks, even if you were previously only interested in cigarettes, DVR, and avoiding the sun's judgmental and unforgiving rays.

Why It's Fine If You Don't: Your friends aren't all jogging because they're better adults than you. They're jogging because their metabolism is slowing down and they'd like to still be able to eat pizza. Or because they just realized that death is real, and jogging seemed like a decent way to cope with that. Our bodies begin to get a little creaky around 30, and it's a fine idea to begin to take care of them a little more carefully, and sometimes feed them things that don't come in individually wrapped packages. But honestly, it's probably mostly the metabolism thing. Deal with that on your own, and don't let anyone bully you into a fun run — you've worked hard enough, and you get to enjoy your 30s your own way.