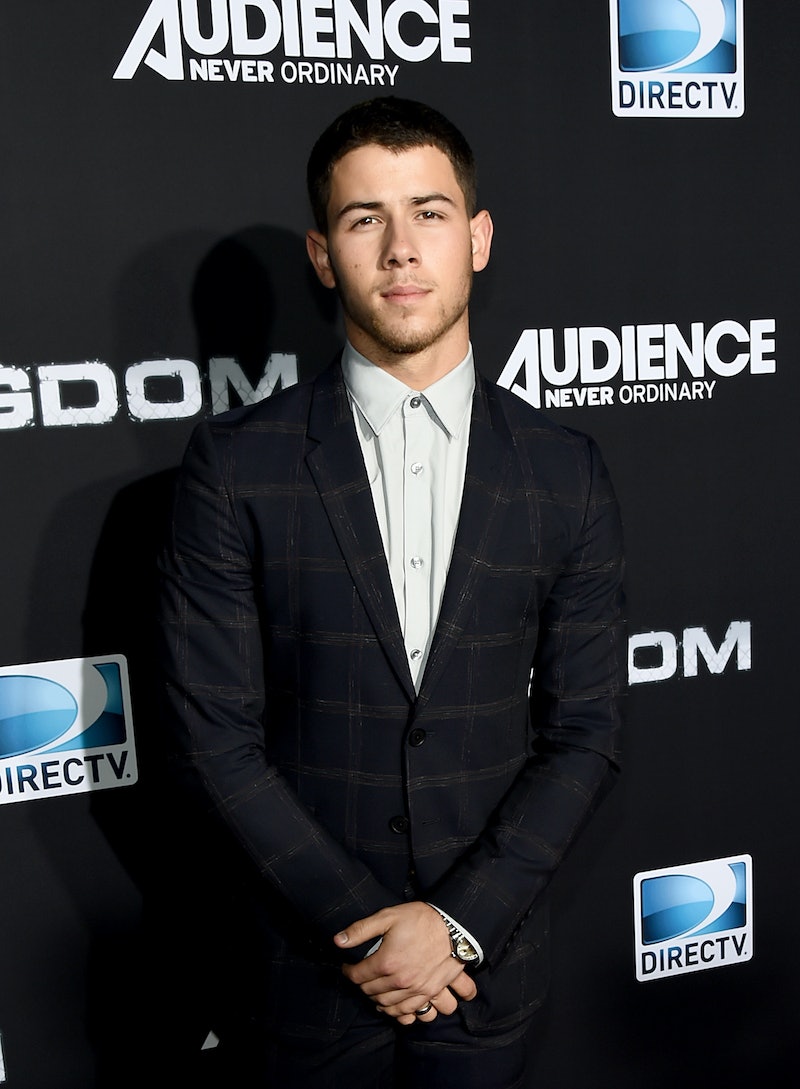 This man just loves talking about sex. Seriously, Nick Jonas has sex on his mind and can't stop discussing the topic. In a recent interview with E! News, the singer/actor opened up about why he wants people to listen to his music, and no, he doesn't just want them to jam to it. Jonas wants everyone to do the nasty to his songs — for real.

Apparently, every musician wants people to get it on during their music. Per Jonas, "Every artist's real goal is to have people have sex to your music. I feel like for me, I was inspired by people like Stevie Wonder, Prince, and more modern stuff like The Weeknd and James Blake and that vibe. A lot of that is sexy."

OK. He does have a point, especially since most every TV and movie sex scene is set to music. I'm pretty sure people hear certain songs and think: "Damn. This would be a good song to have sex to." So, his remarks really aren't all that off the wall.

Seeing as Jonas has a new album out, now is the perfect time for people to fornicate. Which songs are good ones to do the deed along to? "I think it's up to the audience because everybody has a certain preference," he said. "Maybe a song called 'Push,' and this other one called ‘Santa Barbara' has nice vibes and a song called ‘Closer' that I did with Mike Posner. Those are a few and then they can decide what they want from there." Noted.

Also, for those still wondering about Jonas' famous crotch grab, he shared, "With the photoshoot, I really went into it with an open mind. I kind of rolled with it. I didn't think about how it would travel. It took off in a way that surprised me." As for that tutorial video, Jonas blames it on jet-lag. "This was strictly grabbing the junk," he joked. "I was so tired and delirious."