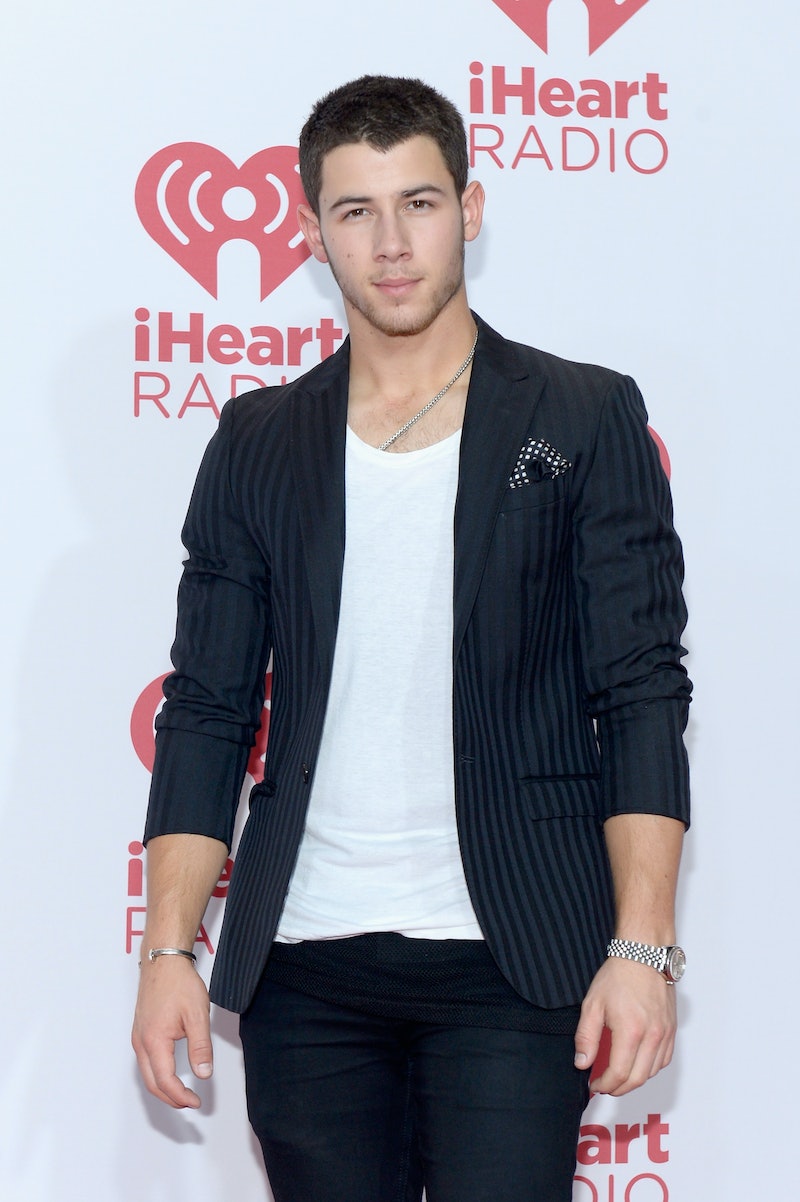 Let's talk about sex baby. Nick Jonas sure is growing up and proving that he isn't a little boy anymore. As we all know, he loves showing off his abs and isn't afraid to teach us how to properly grab our crotches. Well, now the Kingdom actor is talking about living a healthy life — by having sex. In an interview for the December issue of Attitude magazine, Jonas candidly revealed his stance on sex and why it's an important part of life.

As he says in the interview,

Sex is such an important part of a healthy life, in the sense that it's such an intrinsic part of who you are. When your sex life is not healthy, you resort to other things as an outlet. And in terms of the show, that's tough to watch.

By "the show," he's clearly talking about Kingdom, DirecTV's latest kickass drama, where Jonas plays an MMA fighter. So that's why he's working so hard on those abs! Fans who grew up listening to the Jonas Brothers might be wondering why Jonas is talking about sex, especially when he and his brothers are, or rather, were known for those purity rings.

In September 2014, Jonas revealed that purity ring phase is no longer a part of him. As he confirmed during a chat with HuffPost Live,

This is a real growth in me and not something I'm doing anymore. But I've got my set of values, things that are important to me now at this point in my life and that's all that matters. I've had an incredibly intense journey with faith and religion and my own growth. My belief in God is still very strong and important to me as a person and I think that's all that should matter. I grew up in a church environment and still have love for the church. What's important now is my relationship with God, and that I not judge and that I not be judged.

Well, I'm pretty sure no one's judging him for his openness, honesty, and freely showing off that six-pack.

More like this
35 Sexy Texts To Send Your Partner
By Griffin Wynne and Carolyn Steber
What Are Swingers? Everything You Need To Know
By Lexi Inks
13 Ideas To Add To Your Sex Bucket List
By Kristin Magaldi
Daryl McCormack On His Unusual First Audition With Emma Thompson
By Olivia-Anne Cleary
Get Even More From Bustle — Sign Up For The Newsletter