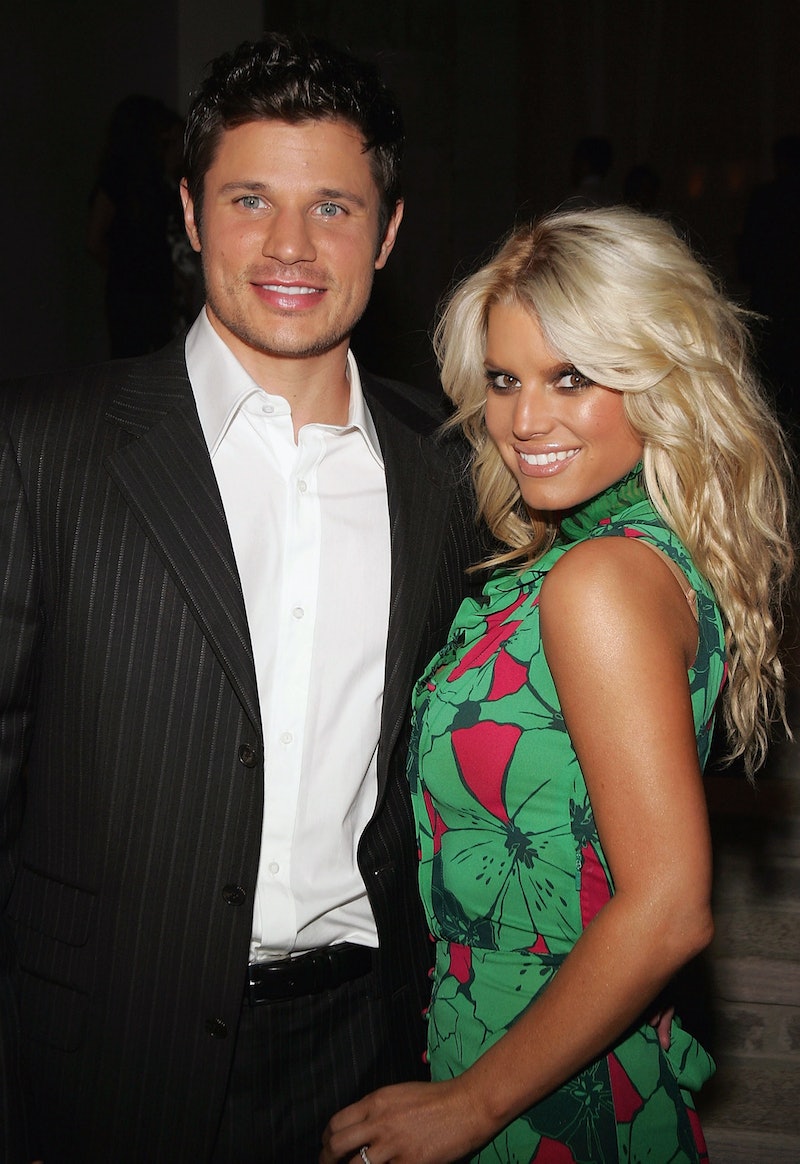 There probably wasn't a bigger Nick & Jessica fan than this girl right here (that means me). I was the proud owner of SoulO (which was sorely underrated, tbh), I have every season of Newlyweds on DVD, I went to Simpson's concerts, daytime talk show appearances, and I still have a few edible body lotions somewhere in the dark depths of my closet that I've never even opened. Because really, I was 12 and totally didn't get the innuendo and now that I do, they're probably not safe to ingest because it's been a decade. Anyway, believe me, I was invested in their relationship and was totally crushed when it ended. So, as you can imagine, even ten years later, my ears still perk whenever Lachey or Simpson talk about their relationship, as Lachey did today.

At first glance, the 98 Degrees singer's words about his former marriage could be misconstrued as insensitive or harsh. But, after letting it stew a bit, I honestly believe the total opposite. I think that Lachey managed to be incredibly diplomatic while still being candid. But you can be the judge. According to Us Weekly , MCarthy asked Lachey some personal questions about his marriage to Simpson, but the one that stood out most for the media, judging by the headlines, was when she asked if he was "happy" he didn't have children with Simpson on her SiriusXM radio show, Dirty, Sexy, Funny. Lachey apparently answered saying this,

"In our situation, that was probably the best thing that could have ever happened that we didn't have kids. And look, you're always going to love your kids no matter how you feel about their other parent, but all things being equal, it was the best thing probably for both of us that we went on with our lives. She's obviously happily married with two and I'm happily married and about to have two so it all worked out the way it was kind of meant to work out."

It's sort of a sweet attitude to have about it, actually. Lachey could've given a "hell yeah!" or a "thank god!" but instead he respected his once relationship and was simply honest without being brutal. I certainly can't speak for Simpson, but I think she'd probably give a similar answer. After all, who could be mad about the way things "worked out" for them? They're both older, wiser, and probably happier than they were when they were inexperienced and being followed by a camera crew.