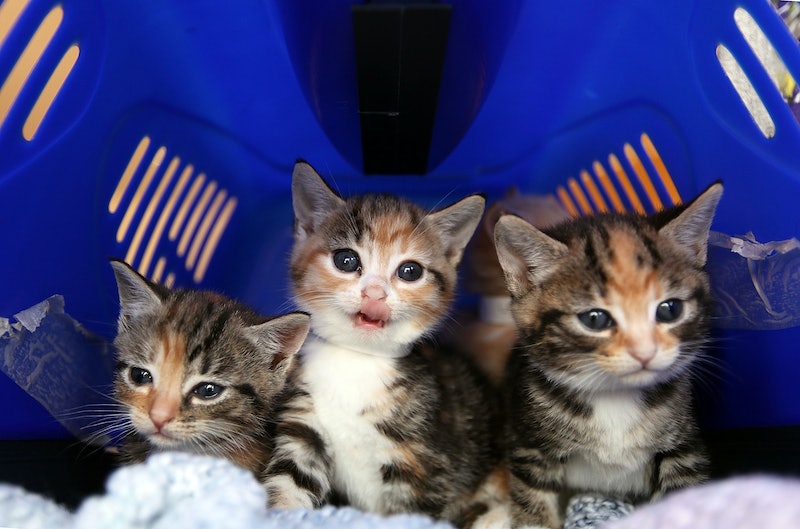 There are a lot of things you can say about catcalls — they're disrespectful, they're insulting, they're often scary, they're always unnecessary — but perhaps the most true thing you can say about them is that they are vastly inferior to cats. And that's the message of a new anti-harassment video "Catcalls For What?!" It's a good message.

The video was originally conceived by a group of teenage girls through the grassroots organization ImMEADIAte Justice, based in Los Angeles. Which makes a great video even better, because if there is one group of people who deserve to be safe from street harassment, it's teenage girls. Unfortunately, our culture has this unfortunate habit of inappropriately sexualizing underage girls, and that sort of thing bleeds over into real life, meaning girls who are still technically children have to cope with unwanted sexual attention from grown men, which is just disturbing and gross on so many levels.

The vocals on the video come courtesy of the singer Hollis, who previously collaborated Macklemore on "White Walls." And the video reminds us all that street harassment is not a compliment. It's not endearing. And it's not harmless, especially not when it involves the sexualization and objectification of teenage girls.

Cats, on the other hand, are awesome. So let the word ring forth: we need more cats and fewer catcalls.