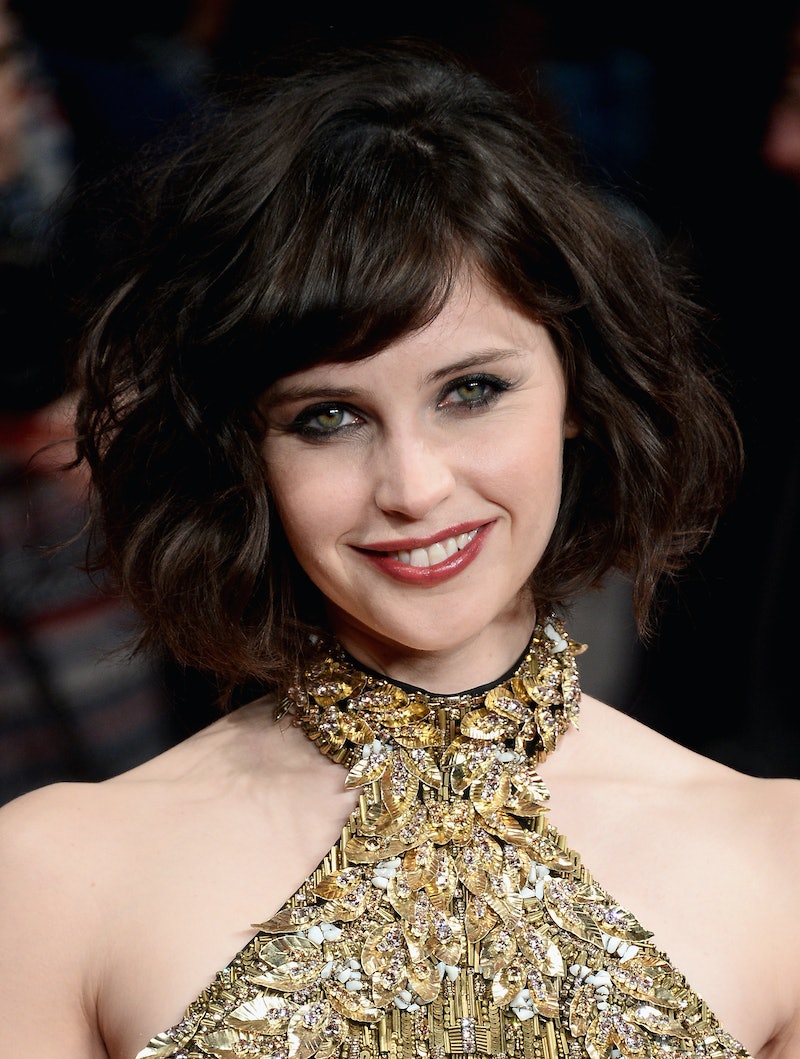 The Theory of Everything is a movie that is getting a lot of buzz this season and a big part of that is Felicity Jones in her role as Jane Wilde Hawking in the biopic about renowned theoretical physicist Stephen Hawking. I imagine that this film is going to be receiving quite a few award nominations and this means that its stars will be walking down the red carpets. And the more I see someone, the more I want to know about them, including their romantic status. Is Felicity Jones single? I don't really know a lot about the British actress, so of course I had to creep around a little. Here's what I discovered.

Jones was in a 10-year relationship with artist Ed Fornieles until the beginning of 2014. The split is so fresh that it's not even listed on her Wikipedia page yet. The couple met when they were both studying at Oxford, and two even lived together in London and had 20 (!!!) tortoises in their backyard. In a You Magazine interview, Jones said of their split, "It's tough when your relationship ends. I'm taking it day by day; so much of your identity is a part of the (other) person. I'm still processing it." We have all been there.

While Jones is winning with her career, she is not winning in love at the moment. She even commented on this juxtaposition when talking about her own parents' divorce which happened when she was three, "You realise that your parents are real people at a young age. What was it that David Mamet said? People who go into entertainment are not often happy and fulfilled people. You feel the need to tell stories for a reason." I hope that this was just a temporary thought, because it's definitely possible to have a fulfilling entertainment career and a satisfying love life.

Now, Jones is trying to get back into the dating game, but it is not easy. She told The Mirror in Septemeber that she is currently single and explained, "It’s always when you like someone that you never know what to say. Why is that? It’s so annoying. But when you don’t like someone you feel so cool and you say all these wonderful things.” Yeah that happens to all of us. Don't worry, girl. You are not at all alone.