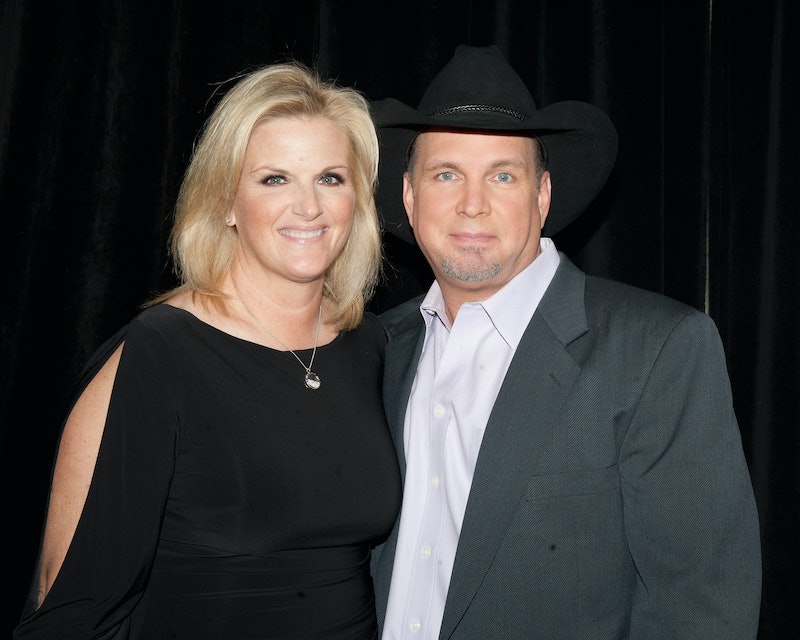 Do you love Trisha Yearwood and Garth Brooks? Are you one to keep tabs on their marriage? Probably not, right? Good, because I'm here to answer an important question: are Garth Brooks and Trisha Yearwood still together? This is one beloved couple, especially in the country music industry. For years, these two were good friends and worked together on more than one occasion. Eventually, that friendship grew into something more, and they ended up getting married. Now with Brooks being back on the scene with his music and performing at the 2014 American Music Awards, you may be wondering if these two are still married. And the answer is yes, very much so.

Brooks and Yearwood tied the knot in 2005, after Brooks proposed to Yearwood in front of 7,000 screaming fans, during the unveiling of a bronze statue of himself at Buck Owen's Crystal Palace. Ever since the duo started dating, got engaged, and wed, they've been inseparable. From making appearances together to singing duets to Brooks helping Yearwood out on her Food Network cooking show, Trisha's Southern Kitchen, these two will do anything and everything to spend time together.

Just to prove to you that they can't stay away from each other, and are definitely still husband and wife, here are just a few photos and videos showing the couple together, having fun, and basking in their love.

Attending the 2014 CMA Awards Together

Garth Professing His Love for Trisha on Ellen

Recently Sharing a Kiss On Stage

Minneapolis Dedicating a Day to the Happy Couple

Yeah, I think it's pretty obvious that these two are attached at the hip.