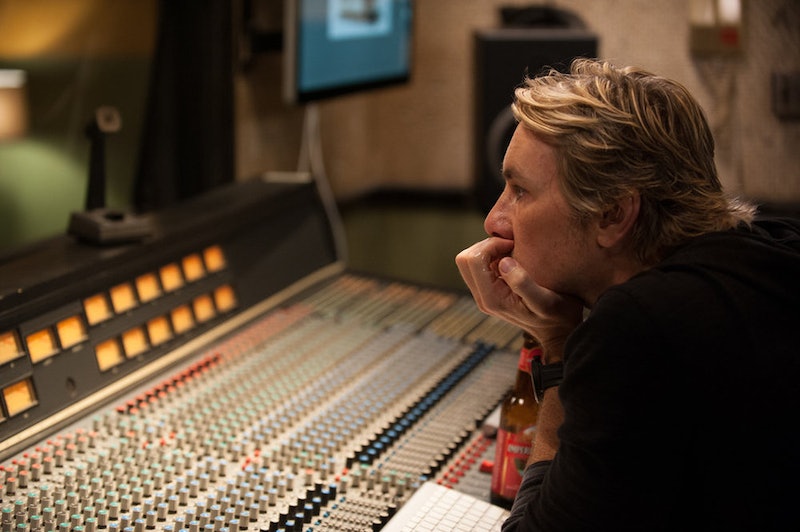 There's one big question left lingering during the final season of Parenthood . Will Crosby stand by the Luncheonette and face the possibility of financial distress or will he give up his passion to support his family? This was further explored during Thursday night's episode "Aaron Brownstein Must Be Stopped."

When Jasmine took a part-time file clerk job at her mom's office, her always-judgmental mother took almost no time in trying to get Crosby to come up with a career alternative. (Her suggestion? Real estate. Nice try, lady.) As if that wasn't demoralizing enough, Crosby had to suffer through recording crummy commercials over at the Luncheonette just to keep things afloat.

So, Crosby did what any man in a crisis would do: dance around to The Ramones. Okay, that was only a temporary solution and not a particularly effective one. Amber desperately tried to inspire her uncle to keep his eye on the prize and set their sights on an up-and-coming band named, tragically, Cornfed.

Crosby slapped on his leather jacket, grabbed some weed, and got into a fight with Jasmine on his way out the door to try and sign the band. Yeah, about as effective as dancing around to The Ramones.

Though Amber pleaded with Crosby to not walk away from their dreams, Crosby told her that with parenthood comes certain realities and responsibilities that throws a wrench in those plans. "I can't promise I'm gonna go down with the ship," he solemnly told his niece.

Things finally took a turn for the positive when he sat down for a civil chat with Jasmine at the end of the episode. After Crosby told her that she hates that she has to do a boring office job, he admitted to his wife, "I feel like such a failure." He continued that he wished he'd sold the business and not taken such a risk, but Jasmine reassured him that he didn't have a stupid dream and that "We'll all get our time to shine." If anything inspires Crosby to keep at it in the coming weeks, it was Jasmine's sweet promise to him: "I love you and I believe in you." Same here, Cros!

More like this
What’s New On Netflix: A Victoria Justice Rom-Com & The Return Of David Letterman
By Arya Roshanian
What’s New On Netflix: The Return Of 'Bling Empire' & A Rebel Wilson Comedy
By Arya Roshanian
Kanye Walked Out Of Kim's 'SNL' Monologue Because Of These 2 Words
By Jake Viswanath
Two Iconic ‘00s Doctor Who Stars Are Returning To The Series
By Shahed Ezaydi
Get Even More From Bustle — Sign Up For The Newsletter