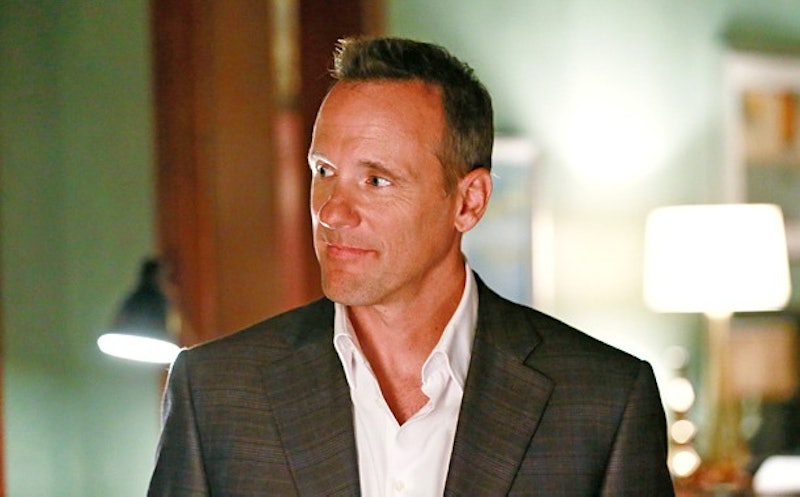 Finally, we are starting to get some clarity on Sam Keating's murder on HTGAWM . I say that very apprehensively, since things change so quickly on this show, but as of right now, I think I understand how Sam Keating was killed. Sure, we still have another week to be completely thrown off — this is Shondaland, after all — but on Thursday's episode it seemed that everything we knew about what led up to Sam's death was falling into place. While it seems that there could be a lot of people involved with Sam's murder, there's only one person who actually kills him with the trophy.

So Nate is still sneaking around Team Keating, mostly with Rebecca, to try and solve Lila's murder. He, like Rebecca, believes that it was Sam that killed Lila, and while I don't disagree, their snooping might be why Sam is killed. On Thursday's episode, Nate enlists Rebecca to get Sam's DNA to prove he was the father of Lila's unborn baby. When that doesn't work, Rebecca suggests that she downloads his phone back-up onto a hard drive, proving Sam and Lila were in a relationship.

When Wes learns that Lila was planning to steal Sam's electronic fingerprint — per Nate's organization — he freaks out, assuming all of this is planned by Annalise. I had never thought of that, but I wouldn't put it past her; the woman thinks of everything. Of course, Rebecca's plan occurs right when the Keating 5 (minus Michaela and Asher) had a study session scheduled — because these kids need to study at some point — so when Rebecca disappears with the hard drive she was going to use, Wes, Laurel, and Connor all chase after her to stop her before she gets to Annalise's office (where Sam is killed).

Another plot question that was still to be answered was how the trophy came into the hands of Michaela. We learned that on Thursday, too. Michaela was essentially the reason that Annalise won the case-of-the-week, and because of that, Michaela felt she deserved the trophy, not Asher. Annalise told Michaela she didn't care who had the trophy, so Michaela decides to take matters into her own hands and steal the trophy from Asher's.

So now that we know all of that, we can start to picture how this all goes down:

The only real question is... where is Annalise during all of this? Did she step for some fresh air? Maybe she went to see Detective Nate? Or maybe she was home during all of it; we shouldn't count her out just yet.