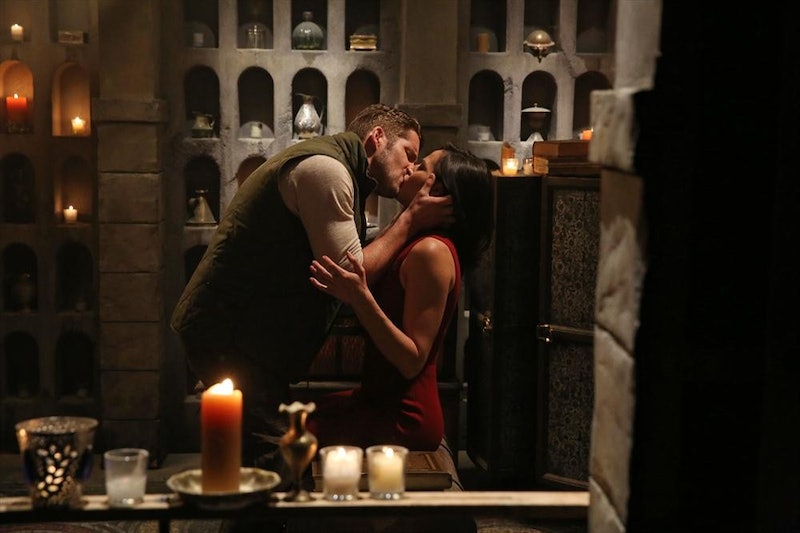 Regina has a tricky task ahead of her on Once Upon a Time if she truly thinks she can change the story book. She was clearly up to something when Henry caught her moping over its pages, and it's possible Regina was considering ridding Robin Hood's memories of her. If she does, he'll remember that he loves Marian and might be able to wake her. However even if that happens, I don't think the memory spell will keep the two apart. If you recall, Robin and Regina made their initial connection on OUAT in the Enchanted Forest before the second curse hit — and they found each other yet again later in Storybrooke, even though they lost a year of their memories. If their chemistry made it through that memory curse, then why not this one? If Regina and Robin Hood are soulmates (which, I'm selfishly thinking, they totally are) he will fall back in love with her, with or without the memories, because it happened to pretty much everyone else.

When the Savior arrived in Storybrooke, time started moving, and once it did, the inhabitants' minds began turning again. Even though the curse wasn't broken, those who were meant to be together found each other one way or another. The memories didn't reveal themselves, but lovers, families, and friends eventually found their ways back to each other. True love in all of its forms will always find a way, including second loves. If it's happened before, it'll happen again and I have all the proof you need.

I don't say Snow White and Prince Charming, because that's not who they were when they last fell in love. Despite Regina's every attempt to pull the two apart — what with comas and fake marriages and murder accusations — Mary Margaret and David couldn't help but find each other amongst the mayhem. True love is true love, and even with the false memories, these two managed to make it work. They didn't need the curse broken to know they were meant for each other.

Ashley Boyd, aka Cinderella, was pregnant in Season 1, with the son of a man who left her. Of course, her ex-boyfriend Sean is secretly the counterpart of Prince Thomas and only left her because of the curse. But once the Savior returned, not only did Ashley get to keep her baby, but Sean found it in his heart to return to his love. Turns out, Sean betrayed his father in order to be with Ashley — and so Cinderella and Prince Thomas lived happily ever after without breaking the curse.

I said love comes in all shapes and sizes (and species) and this is one of them. This wolf pack was a bit broken up before Emma gave Ruby a shot as Deputy Sheriff. The grandmother and granddaughter constantly bickered about Ruby's habits — until she was given a real chance to figure out who she is. Ruby quickly proved to Granny she has all of the tools she needs to take over the family business and they immediately repaired their relationship.

Perhaps not as recognizable, but the iconic duo that is Jiminy Cricket and Gepetto also found its way back together, even with Jiminy in his human form. Pinocchio didn't quite make it in time for the curse to break, but the bond between these two was certainly well-worth Emma's arrival.

Don't you fret, OUAT fans. Regina's probably rethinking this whole curse thing anyway now that Robin's gone and kissed the girl. But either way, it is definitely not the end for these two