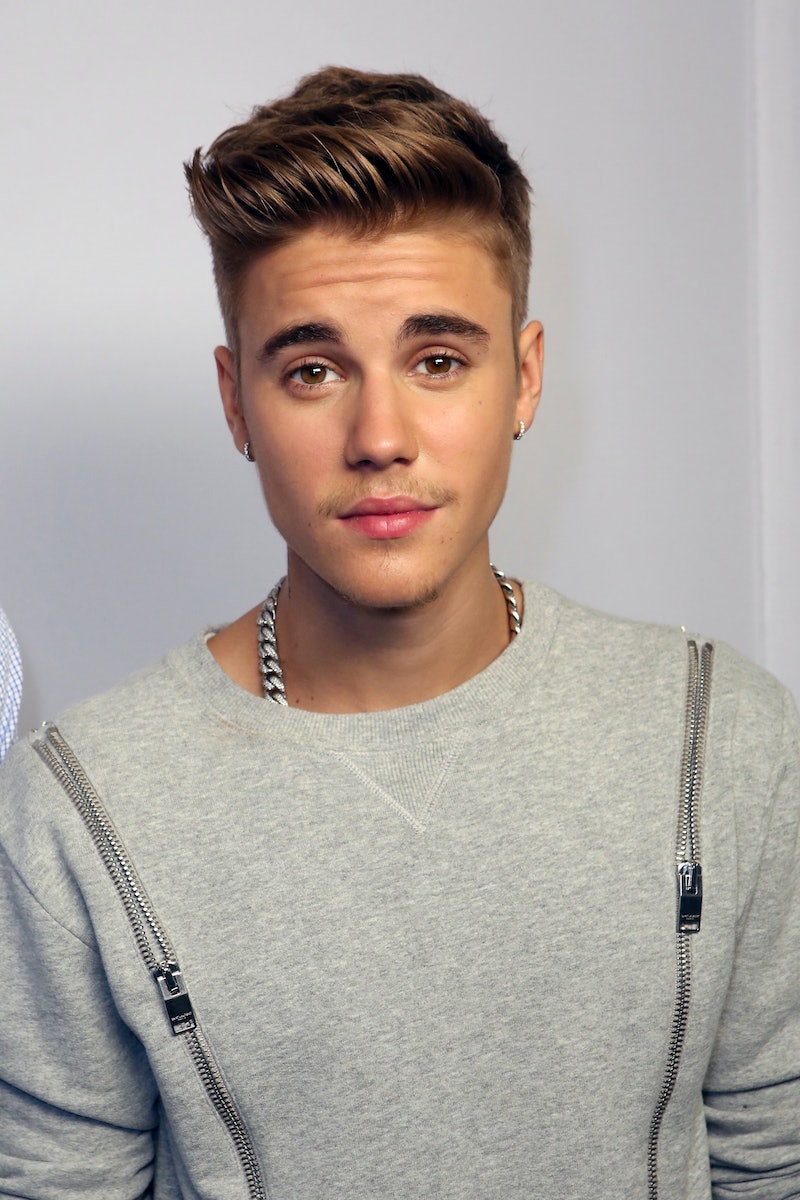 At this point, I just kind of assume that Justin Bieber is synonymous with legal trouble. I mean, his currently ex-girlfriend Selena Gomez might think "The Heart Wants What It Wants," but what Bieber's heart seems to want is to continue this rollercoaster of an on-off relationship with international courts of law. He hasn't outright come out and said that, but I just kind assume it's true from the fact that every time he looks close to putting it all behind him he promptly dives right back into it again. All right, so Bieber didn't ask to be summoned to Argentinian court for an incident that occurred in 2013, but, I mean. He could have just not broken the law in 2013, so there's that.

Yes, that's right. The Baby singer has had his presence requested in court by an investigative judge in Argentina, according to the Huffington Post. His crime? Apparently, he sent "bodyguards to attack a photographer outside a Buenos Aires nightclub during a South American tour last year." The photographer, named Diego Pesosa, claims that the bodyguards chased him down and then beat him in November of 2013 and Bieber thus stands accused of causing minor injuries. You know, because in nine out of every ten times bodyguards decide to chase down and beat a man, it's usually on the orders of the person they're supposed to be protecting.

Even better, apparently Interpol is involved. Yes, the International Criminal Police Organization has been asked by Judge Facundo Cubas to notify Bieber that he has about two months to appear in court in Argentina or an international arrest order will be issued. And he stands to face up to a year in prison if convicted. Quite honestly, at this point, I would genuinely be surprised if Bieber does any jail time at all, let alone the full year he should be serving. As much legal trouble as he often finds himself embroiled in, he's just as often getting out of it — usually do to a lack of evidence in the case against him. He's a Houdini when it comes to avoiding convictions, so it's unlikely that this time will be different.

However, the situation certainly looks dire for him. Between being summoned to court in Argentina and Interpol being tasked with using all "necessary means" to get him to show up, the Biebs sounds like he's in some kind of international political thriller right now. Except, you know, instead of being the hero, he's the villain. At least, he's allegedly the villain, but considering his history of troubled behavior there's probably more than a little truth to the photographer's claim. Either way, I suppose we'll see if Bieber shows up for court himself or if the international arrest order becomes a reality.

More like this
Justin Bieber Just Added Another Date To His UK Tour
By Sophie McEvoy
President Zelensky Spoke Out On Ukraine's Chances Of Hosting Eurovision Next Year
By Sam Ramsden
Taylor Swift, Kerry Washington & More Speak Out On Uvalde Mass Shooting
By Jake Viswanath
Rebekah Vardy & Coleen Rooney’s Trial Has Officially Begun
By Bustle UK
Get Even More From Bustle — Sign Up For The Newsletter