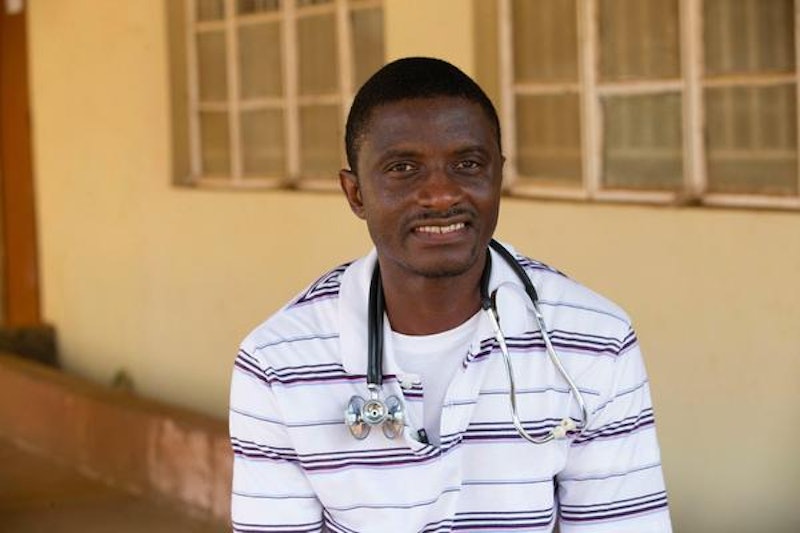 Just days after the release of the last American Ebola patient, Craig Spencer, another Ebola patient is to be treated in the U.S.: Dr. Martin Salia contracted Ebola in Sierra Leone and will be flown to Nebraska to be treated. Salia, who is a Sierra Leone citizen but a permanent resident of the U.S., is expected to arrive at Nebraska Medical Center in Omaha on Saturday. The 44-year-old surgeon lives in Maryland with his wife and will be the 10th Ebola patient to be treated in the U.S. The news comes just days after Spencer was cured and released from Bellevue Hospital in New York City, clearing U.S. soil of the disease. Looks like that was short-lived.

According to a source familiar with the case speaking to CBS, Salia is a general surgeon who had been treating Ebola patients at Kissy United Methodist Hospital in Freetown, Sierra Leone's capital city. Salia first exhibited symptoms on November 6, but a test came back negative for the virus. However, another test on November 10 produced positive results. He is currently in stable condition at a treatment center in Freetown.

Sierra Leone is one of three countries in West Africa that have been the most affected by the Ebola outbreak. In the last three days alone, Sierra Leone saw almost 300 new cases.

On Thursday, a spokesperson for the Nebraska Medical Center's Biocontainment Unit remained vague about the reported incoming patient:

As with previous patients we've treated here in recent months, per State Department regulations, we would only have confirmation when a plane is en route with a patient aboard. This is not the case right now. If we have confirmation of a patient headed to our facility, we will share what information we can with you. In the meantime, our organization is ready if needed.

Salia would be the third Ebola patient to be treated at the Nebraska Medical Center's Biocontainment Unit. Previous patients included Dr. Rick Sacra, a missionary who had been working in a obstetrics ward in Liberia, and Ashoka Mukpo, an NBC News cameraman who also contracted the disease in Liberia.

The most recent Ebola patient being treated in the U.S., Spencer, was treating patients in Guinea for Doctors Without Borders when he was infected. Spencer spent 20 days in isolation at Bellevue after testing positive on October 23. He was announced Ebola-free on Tuesday and was released from the hospital.