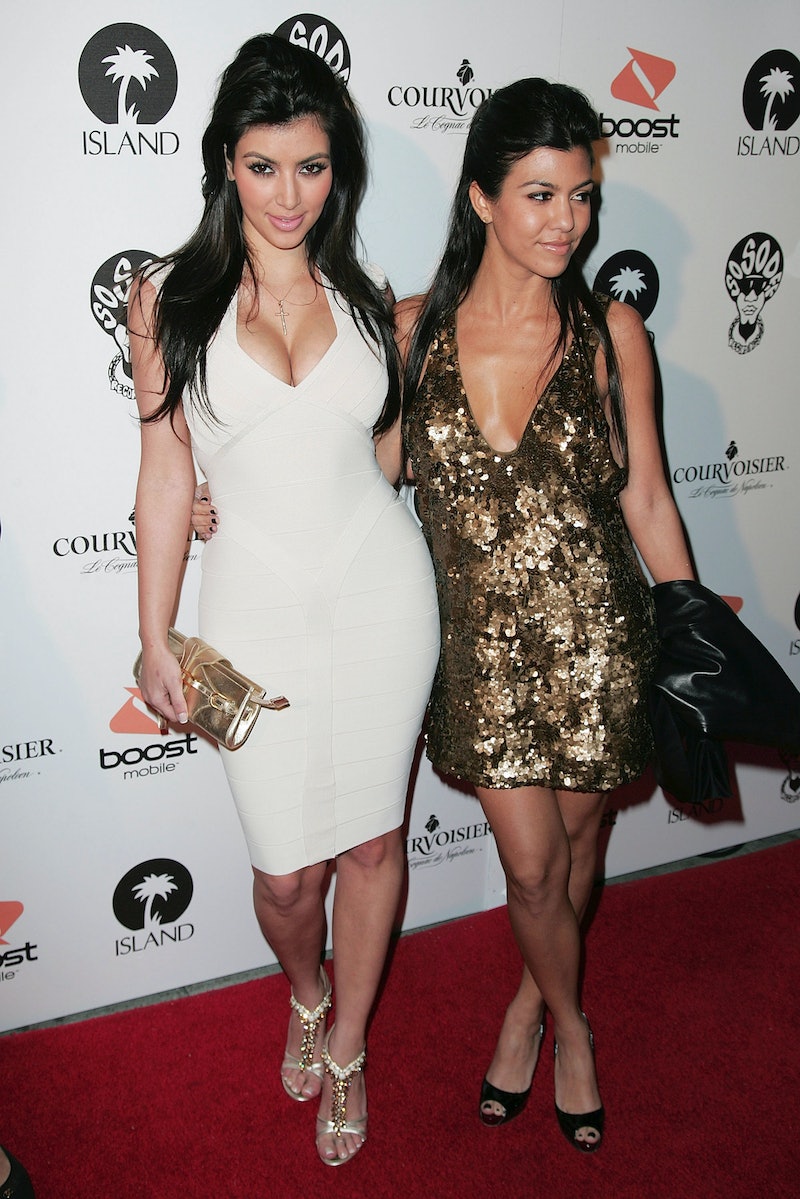 Even though the show is called Kourtney and Khloe Take the Hamptons, we all knew it was just a matter of time before Kim Kardashian showed up. And in this week's episode (the third in the spinoff series), Kim does indeed make an appearance. But not all her sisters are happy to see her. Promos show that Kourtney and Kim have a fight on Kourtney and Khloe Take the Hamptons after Kim blatantly disregards Kourtney's wishes. Kim planned to have her daughter North West's first birthday party at Kourtney's house, while the oldest Kardashian was away in the Hamptons for the summer. But when Kourtney hears what's going on, she unexpectedly returns home in the middle of party-planning, and things get heated.

From what I could see of the spat, Kim doesn't have much of a leg to stand on. Kourtney specifically told her not to host a party at her house while she was away. Where I'm from, that's more than a reasonable request. Kim also had some equipment moved in for the party, and the trucks tore up part of Kourtney's lawn. Kim's response to all this is a flippant, "I'll get you new grass, you're redoing the landscaping anyway." As Kourtney explains to her, it's not about the grass: "The fact that you think that it's OK though, to have a party at my house and I wouldn't know — you don't have the respect for your older sister that you should." For this one, I'm on Team Kourtney. You can watch the squabble play out below.

Of course, this episode was filmed five months ago, so we all know that, in the end, North's birthday party extravaganza went off without a hitch. Most one-year-olds just get an ice cream cake from the supermarket and some party balloons, but for the daughter of two of entertainment's biggest names, something a little grander was in order. Here are a few of the ways North's birthday party was over-the-top.

I can't say with 100 percent certainty, but I'm pretty sure North has no clue what Coachella is. But she still got to dress up in her most fabulous hipster-at-a-music-festival outfit, complete with flower headband, which even I have to admit is pretty adorable. And she got to eat psychedelic rainbow cake.

All the Kardashians Rocked Out

It wasn't just the little ones who had a blast at North's first soirée. Kim's younger sisters Kylie and Kendall also got into the party spirit, singing and dancing along to some karaoke tunes.

There Was A Freaking Ferris Wheel

Because of course there was. Leave it to the Kardashians to create an entire amusement park in their backyard — for a baby who's not yet old enough to even go on any of the rides.

Oh, and here's the view from the ferris wheel. Yep, North is one lucky kid.