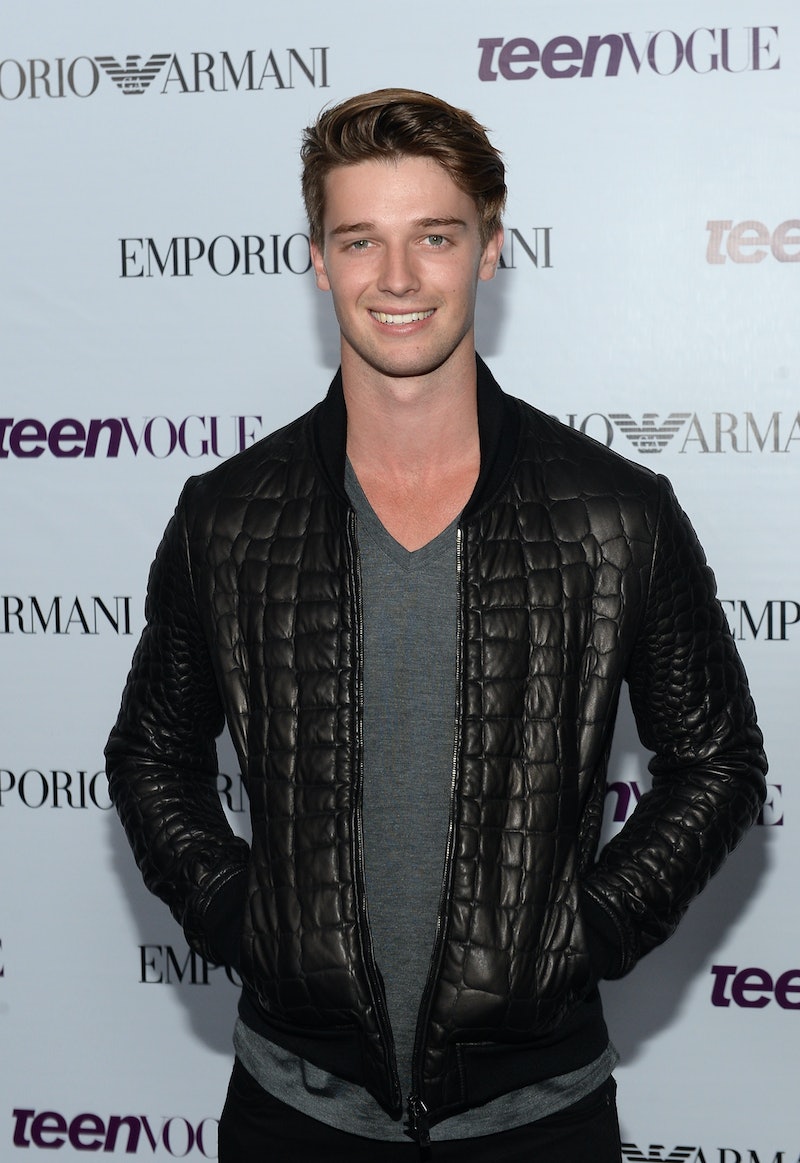 After lots of speculation, it looks like Miley Cyrus and Patrick Schwarzenegger are indeed dating, or least just having a lot of fun hanging out. The two were recently spotted k-i-s-s-i-n-g at the University of Southern California (USC) football game Thursday night. By the way everyone is going on and on about this kiss, you would think these two are head over heels for each other. However, after observing this smooch photo, Schwarzenegger doesn't seem as interested as Cyrus, at least in my opinion.

I could be taking this kiss and photo the wrong way entirely, but doesn't it look like Schwarzenegger is more concerned with his cell phone? He appears to be looking past Cyrus (who is totally into his lips) at his phone. Of course, there could be a few other explanations. One being that Cyrus' reported new man is trying to take a selfie of the two kissing. Who doesn't do that these days? The second being Cyrus caught him off guard, while he was checking his phone, and planted one on his mouth.

Whatever the case, their kiss is sparking all kinds of headlines and gossip. Is it possible to go one day without talking about Cyrus' love life? Yeah, I didn't think so, especially when she's spotted with a handsome man like Schwarzenegger.

Yep, pretty into that phone.

More like this
On TikTok, Miley Cyrus’ “Malibu” Is The Soundtrack Of Growth
By Courtney Young
Twitter Can’t Get Enough Of The WAGatha Christie Trial
By Nola Ojomu
Louis Theroux’s Rap Remix Just Hit A Major Milestone
By Sam Ramsden
Is Megan Fox Pregnant? MGK Gave A Shout-Out To Their “Unborn Child” Onstage
By Hugh McIntyre
Get Even More From Bustle — Sign Up For The Newsletter