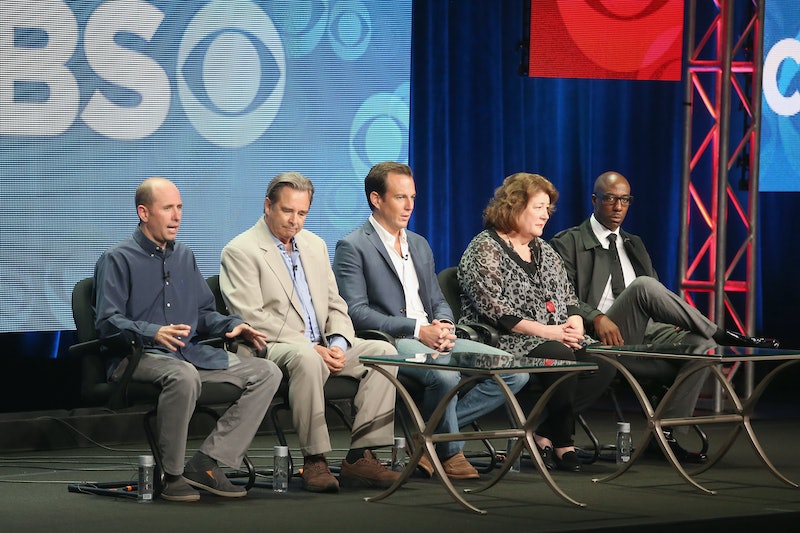 Yikes. At this point, I think it's safe to say that hasn’t been a good time for fall comedy television shows lately. After ABC made the decision to cancel Manhattan Love Story after just a few episodes, NBC sorta axed Bad Judge and A to Z — then ABC followed once again with the decision to cancel Selfie shortly after. Now, it's CBS' turn: According to new reports, the network has canceled their sophomore sitcom The Millers, which starred Will Arnett and Beau Bridges, in favor of replacing it with the Melissa McCarthy-starring comedy, Mike and Molly.

The show, which illustrated the life of a divorced reporter (Arnett) dealing with his parents’ (Bridges and Margo Martindale) downward spiraling marriage, was canceled on Friday and, though it was in the midst of season 2, only has one new episode to air on Monday, Nov. 17. Although there’s no word as to what will happen with the remaining episodes, it’s been rumored that all production has ceased, so it seems that we shouldn’t expect anything beyond next week’s viewing.

While it’s definitely disheartening to see another TV show — especially a comedy — tank after such a short run, its low numbers prove that it just couldn’t have kept up with its competitors. The show’s latest episode drew in a 1.5 rating among adults 18-49, and only 6.5 million viewers — so, sadly, it makes sense that CBS felt the need to let go.

More like this
What’s New On Netflix: A Victoria Justice Rom-Com & The Return Of David Letterman
By Arya Roshanian
What’s New On Netflix: The Return Of 'Bling Empire' & A Rebel Wilson Comedy
By Arya Roshanian
Kanye Walked Out Of Kim's 'SNL' Monologue Because Of These 2 Words
By Jake Viswanath
8 'Selling Sunset' Continuity Errors You Definitely Won't Be Able To Unsee
By Rachel Mantock
Get Even More From Bustle — Sign Up For The Newsletter