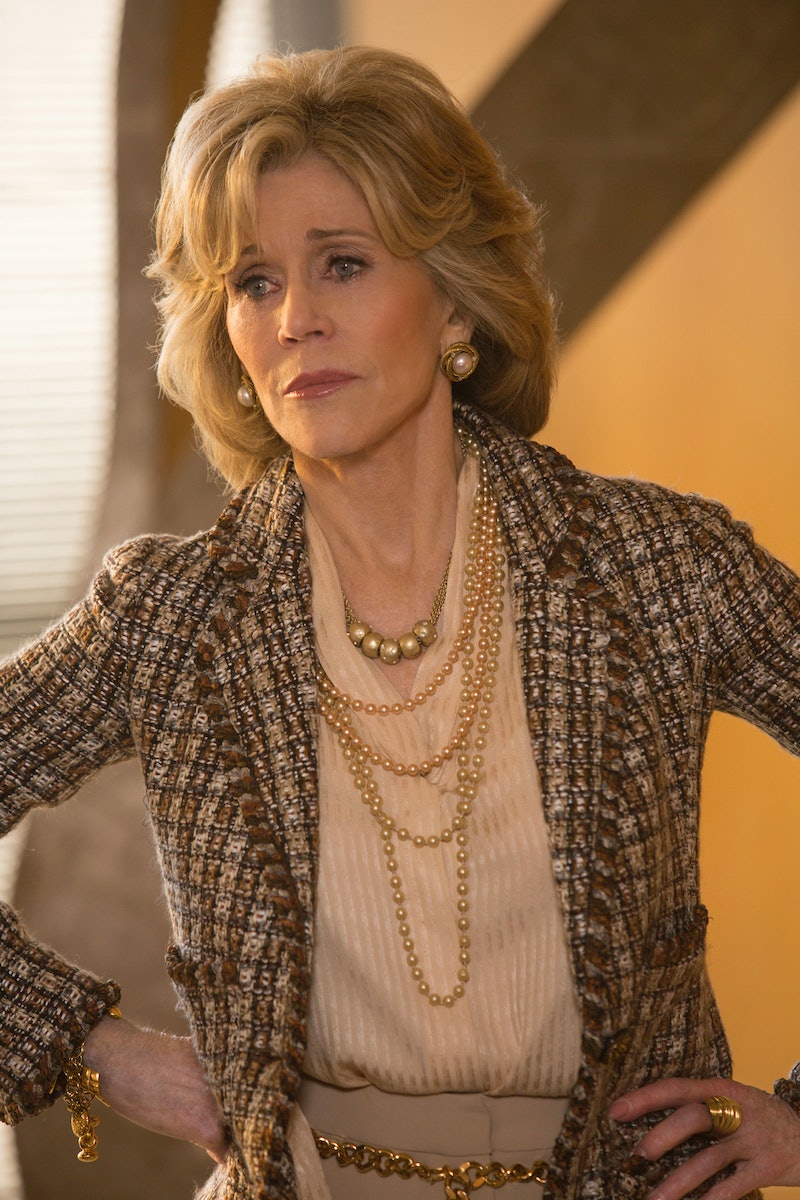 I'll tell you one thing. Never did I think I would see Chris Messina, Sam Waterston, Jane Fonda and Kat Dennings sassing each other off in a room together. Thank you, Aaron Sorkin, for that. On this Sunday's episode of The Newsroom, the Lansing family squared off in a dispute over the very fate of the network itself. If you, like me, sometimes forget that Danny Castellano is on this show, let me remind you. Chris Messina plays Reese Lansing, the president of Atlantic World Media, which is the parent company of Atlantis Cable News. His mother, Leona Lansing, is the CEO of AWM. She is played by two time Academy Award Winner Jane Fonda. We recently learned that Reese has two twin half-siblings, Blair and Randy. Are these guest characters on The Newsroom going to liquidate ACN? As Sloan discovered last week, the Lansing Twins snuck in on the company and bought enough shares to have control as soon as they turned twenty five. This puts everyone's jobs in danger because, as Blair Lansing so aptly put it, they would make more money selling the cameras than broadcasting the news over them.

The episode ended with a promise to pay the twins off and prevent this from happening. However, the promise turned out to be an empty one. That money does not exist, and now they have ten days, until the twin's birthday, to come up with it. Ah, the classic timelock! It's practically a sitcom now. How is the gang going to accomplish that, while they're not whining that the dictionary changed the definition of "literally."

They raise the money

I only hope there's a dance off or a capella competition that they can enter. Maybe they'll have to enter an advertising agreement with someone they don't trust or find ethical to reporting the news. Maybe they'll have to compromise their values in order to raise the ratings. Not sure you can accomplish that in ten days, but it's television. You can try.

They find a legal loophole

There's enough legalese flying around on any Sorkin show that they could find a magic fix. Something that would appease these fun-loving younger Lansing siblings and still put on the show they want to make.

They inspire the twins

Blair and Randy become part of the ACN family for real and decide to enter a career in Broadcast Journalism. There will be patriotism involved, and many monologues. Charlie made a stab at it. It's still possible!

This is my sad, but honest, prediction. Aaron Sorkin is writing towards a series finale. He has control over how all of this will end. Let me remind you that when the Academy and Emmy Award winning writer left The West Wing, the last episode he wrote involved the president's daughter getting kidnapped by a terrorist organization that could expose an assassination the US Government had committed in secret. Sorkin likes going out with a bang. What better way to end this show than to smash the very thing that these characters built together? It would be poetic, to say the least.

More like this
Conversations With Friends' Endometriosis Scenes Are As Brutal As It Gets
By Ivana Rihter
50 Years After Creating Her Alter Ego, Angelyne Is Still Driving That Pink Convertible
By Gretchen Smail
'Atlanta' Season 4 Could Be Here Sooner Than You Think
By Kadin Burnett
Grey's Anatomy Fans Refuse To Accept Kaimelia's Shocking Relationship Update
By Brad Witter
Get Even More From Bustle — Sign Up For The Newsletter